Game Over For My Smart Phone

Pac Man ARcade
Pizza Hut (2021)
This is one of the coolest promotions I've seen in a long time.  If you order a pizza between March 15th and 26th, it will come in this Pac Man box.  That alone is all the inspiration I need to pick up a pizza for dinner this weekend; however, this isn't just a nostalgic package.  You can use this box with your smartphone to play an augmented reality game of Pac Man. 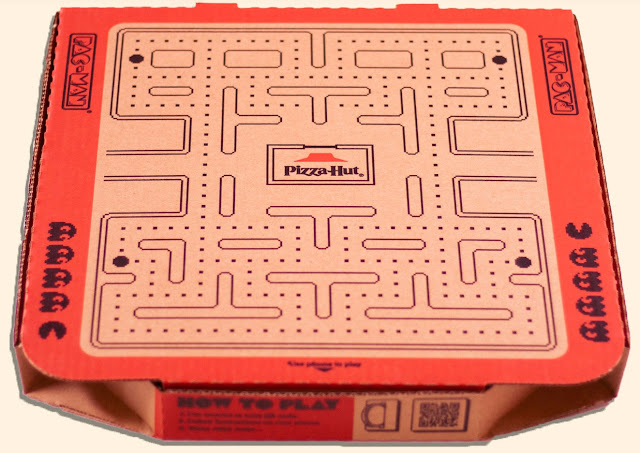 After you play the game, you can share your score on Twitter and tag @PizzaHut with the hashtags #PizzaHutARcade and #Sweepstakes for a chance to win a free limited edition Pizza Hut themed Pac Man Arcade 1Up machine.  The drawing taking place on April 3rd. 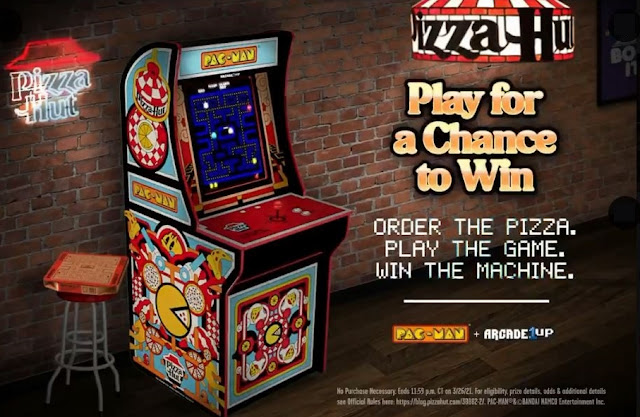 Co-branded games are hit or miss, but this one looks pretty sharp.  The side artwork hearkens back to 80's Pizza Hut and the invention of Pac Man, which was inspired when Toru Iwatani took a slice from a pizza in 1979 and was inspired by what he saw to create the most iconic video game character in the history of the industry.  I'm not sure if the game itself has been customized for the restaurant, but it would be pretty cool if they replaced the fruit with slices of pizza.
I would love to start a game room with this as the centerpiece, and the fact that the promotion is only going on for less than two weeks means that I have a halfway decent chance of winning, at least in comparison to other contests that run for months at a time. 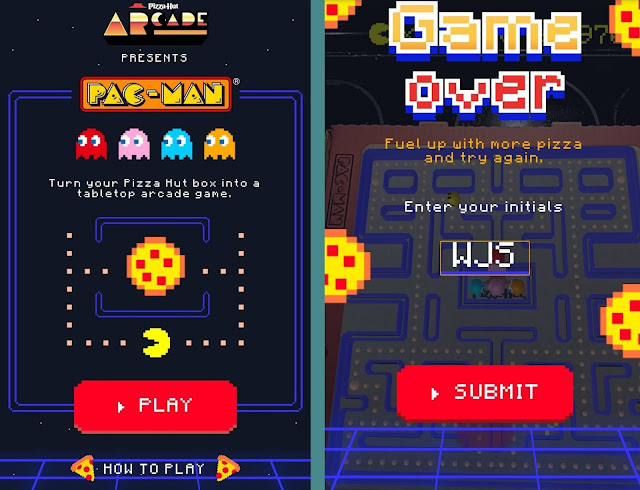 I had to go out and get a pizza from Pizza Hut to try out their augmented reality Pac-Man game.  Apparently, my not-so-smart phone wasn't up to the challenge.  It took five tries for the game to load, and ever since I played it, the phone has suddenly lost the ability to access my email.  Lovely. 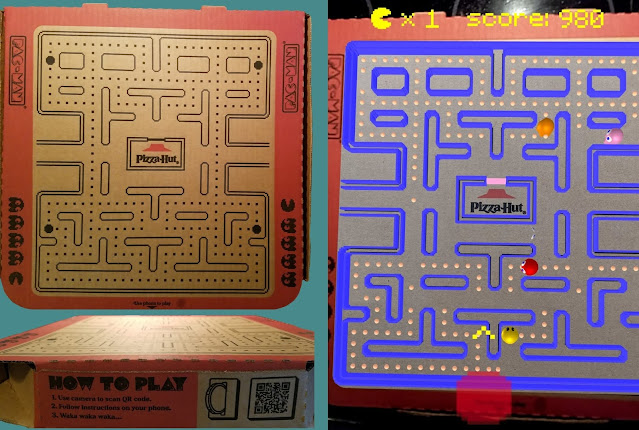 The way this works is that you scan a QR code which takes you to a website.  Then, you set the pizza box down on a flat surface and point the camera at it by centering the ghost box around the Pizza Hut logo.  After what seemed like forever, the game finally loaded.  You can move Pac-Man around the screen using the little red dot at the bottom of the screenshot on the right.  It's got a heck of a lot of lag time, even for a touchscreen joystick.
My smartphone is several generations out of date so your results may vary, but I would have been happier with this promotion if it was just a pizza box with Pac-Man graphics printed on it... and I would still be able to get email on my phone.