Thoughts On Fried Chicken, Inspired By One Tough Cookie 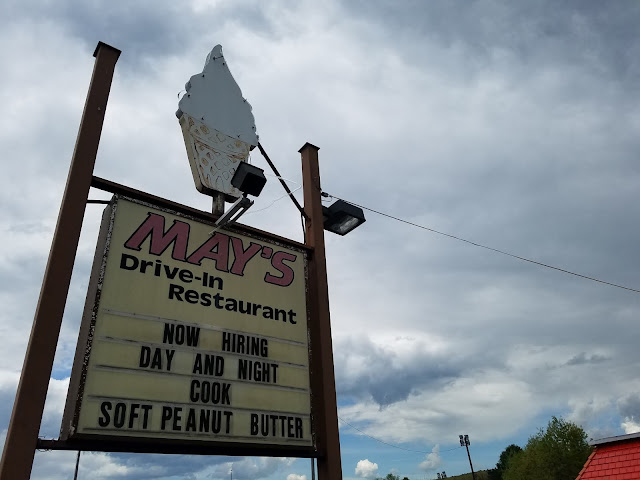 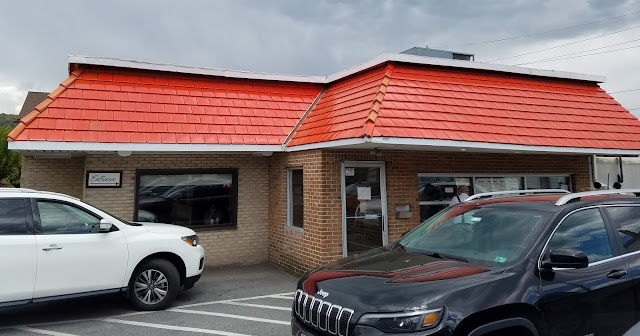 May's Drive-In
Ashland, PA
Back in 2012, an 85 year old woman named Marilyn Hagerty wrote a sincere review in her weekly newspaper column in which she praised the new Olive Garden restaurant that opened in Grand Forks, North Dakota.  Her review went viral, and most of the commentary about Ms. Hagerty ranged from sarcastic to condescending to outright ridicule.  It was if they were asking how dare someone take the time to appreciate something that she enjoyed and to share that appreciation with others.  Thankfully, there were strong voices in the food community who came to Ms. Hagerty's defense, including Anthony Bourdain - a man who I admired to a degree that is borderline unhealthy.  He published a book of her reviews, and he wrote a forward that slammed the door in the face of the kind of people who would make fun of this woman.  Ms. Hagerty is about to turn 95 years old, and she's still going strong and writing columns for her local paper.
I thought of Ms. Hagerty when I began to sort through the photos on my phone to post this entry about the May's Drive-In that I visited yesterday.  I admire this woman a great deal for her ability to rise above the attitudes of the people who go through this life trying to prove how damn cool they are at the expense of others.  I also admire her talent.  She's a published writer, and a damn good one.  I'm just some dumb schmuck from Northeast Pennsylvania with a blog that nobody cares about but me.  On the off chance that someone ever does find this post, there's a pretty good chance that they'd think I'm stupid for writing about a simple fried chicken dinner that was served on a styrofoam plate with some french fries and a little tub of cole slaw.  When I looked at the photos I took of my dinner, I almost deleted them and decided to not write about this place, but it's people like Ms. Hagerty who remind me to do what makes me happy, and to appreciate the good things in this world with an open heart and an open mind. 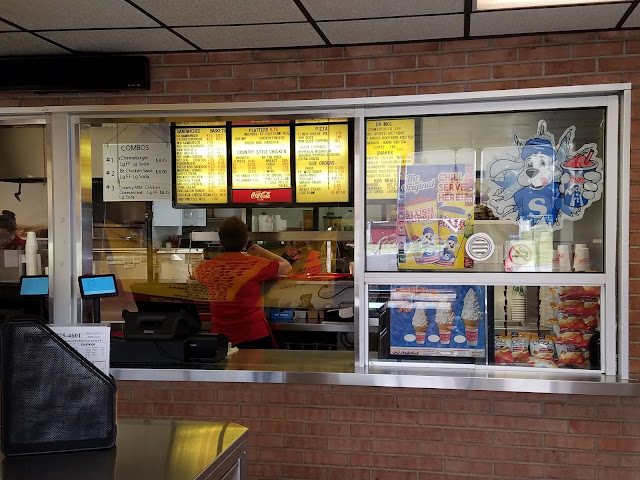 May's Drive-In has two counters where you can place your order - one that is accessible from the parking lot and one on the inside.  They had a lot of ice cream options, and they're right across the street from a football field, so I imagine that this place is hoppin' after a game when everybody comes streaming across the street for some ice cream or a burger and fries.
As much as I wanted to try the ice cream, I just couldn't.  I've been doing pretty well on my diet so far - lost ten pounds and already feel quite a bit better than I did at the start of the year.  It's not a super strict diet when it comes to meals, which is why I ordered the three piece country style chicken meal without a moment's hesitation, but I am limiting myself to meals only: breakfast, lunch and dinner.  No snacking and no desserts - at least until I get down to my target weight. 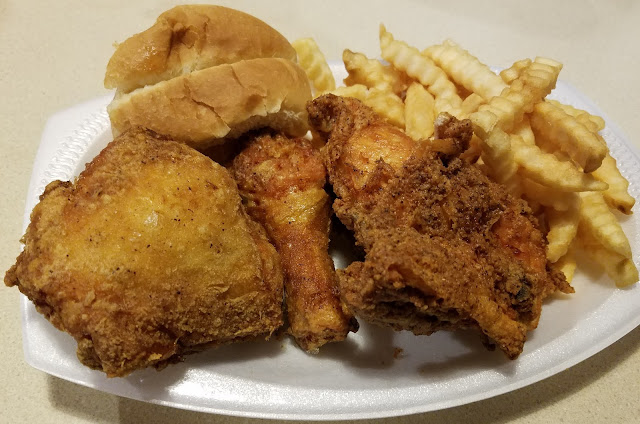 I was tempted to get the cheesesteak, but I have cheesesteaks and reuben sandwiches so often that I wanted to try something else.  It had been a long time since I had fried chicken that didn't come from KFC or Popeye's, so I decided to give it a shot, and I wasn't disappointed.  It was juicy and delicious with crispy skin and a touch of seasoning.  It was served with french fries, a buttered bun and some cole slaw, all of which were tasty.
Like I said, I'm not the writer that Ms. Hagerty is, but I would definitely come to May's Drive-In again.