The Drive-In Will Never Die 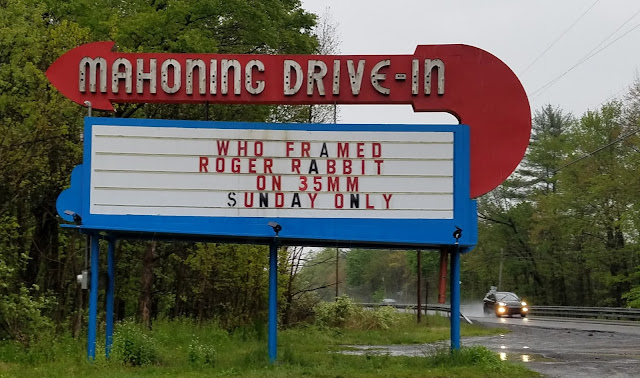 Who Framed Roger Rabbit
Mahoning Drive-In - Lehighton, PA
This place is an absolute treasure.  It was built in 1948, opened for business the next year, and has been in operation for over sixty years.  When the major Hollywood studios announced that they would stop producing 35mm films and switch entirely to digital, the Mahoning Drive-In decided that they would focus their efforts entirely on showing vintage movies, using the original 35mm film prints, on the projector that they've used since the day they opened in 1949.  Since that time, it's become an icon for movie lovers across the country, and was even the subject of a 2019 documentary that is available on Amazon Prime.
Last night was my first opportunity to see a movie here, and I am absolutely in love with the place.  Everyone who I spoke to who works here was extremely welcoming and friendly.  They are dedicated to creating a fun atmosphere where people can come together, meet new people, and have a great time with their fandom.
Before the movie began, they played a selection of Disney songs over the radio before switching it up to Koo Koo Kanga Roo for the young son of the man who was making the musical selections.  All I Eat Is Pizza is a surprisingly catchy tune for a kids song!  They also showed vintage trailers for movies such as Bambi, Muppet Treasure Island, The Rocketeer, and Dick Tracy, and an introduction to the film by the creator of Roger Rabbit that was recorded especially for the Mahoning Drive-In.
The whole experience felt as if I was melting into my childhood right there on the spot.  The opportunity to see the original 35mm print of Who Framed Roger Rabbit is truly something special.  I know that might be hard for some folks to understand, but this is a piece of history.  The Mahoning Drive-In have been working for over four years to have access to the 35mm Disney Vaults.  As of right now, they are the only drive-in theater in the country that are still screening the original 35mm prints of Disney films.  I can't tell you how fortunate I feel that such a rare treasure is practically in my backyard. 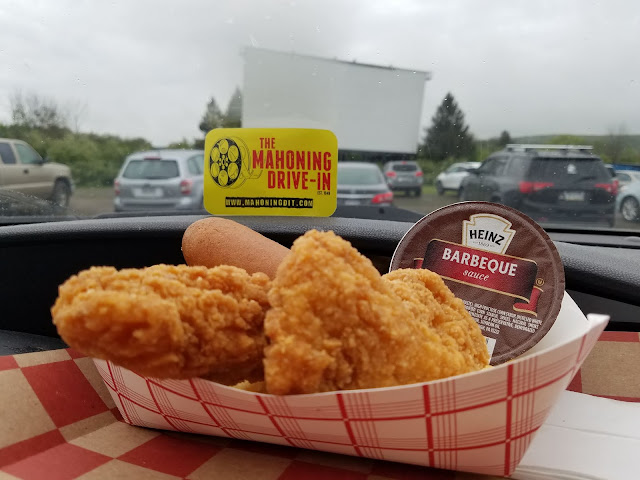 Of course, I can't close this out without talking about the food.  They're operating with a limited menu as a result of the Covid-19 pandemic, but there were plenty of good things to eat and everything was reasonably priced.  I had chicken fingers, french fries and a corn dog - the perfect childhood comfort foods to enjoy while watching one of the most iconic films of the 1980's.