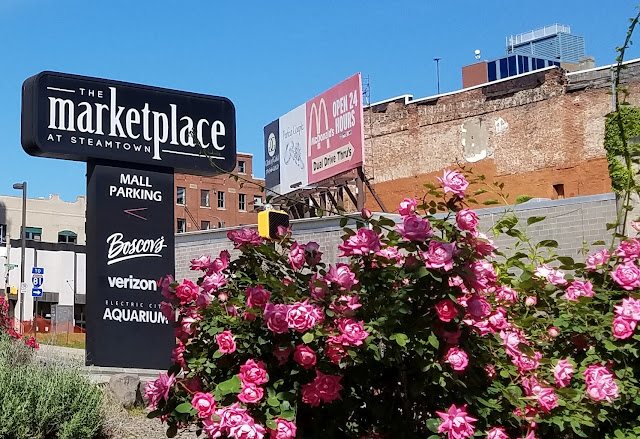 Electric City Aquarium & Reptile Den
The Marketplace at Steamtown - Scranton, PA
The first time I visited the Steamtown Mall in the mid 2000's, I was blown away.  It was one of the biggest malls I had ever been to outside of Philadelphia.  There were few, if any, empty storefronts, and the place was as crowded as any mall I had ever been to.  I don't get up to Scranton too often, so I hadn't been there in almost a decade.  We went to the Steamtown Train Museum in 2010 and went shopping for Christmas in 2012, but it still seemed like a thriving mall at the time.
Unfortunately, the 2010's weren't too kind to the place.  The mall went into foreclosure in 2014 shortly after one of their anchor stores moved out.  After that, they lost more than 75% of their stores over the next year and looked to be closing their doors altogether.
Things started to look up in late 2015 when the mall sold to an investor.  The next year, it was rebranded as The Marketplace at Steamtown, and the old Bon-Ton anchor store was turned into a satellite campus for Luzerne County Community College. 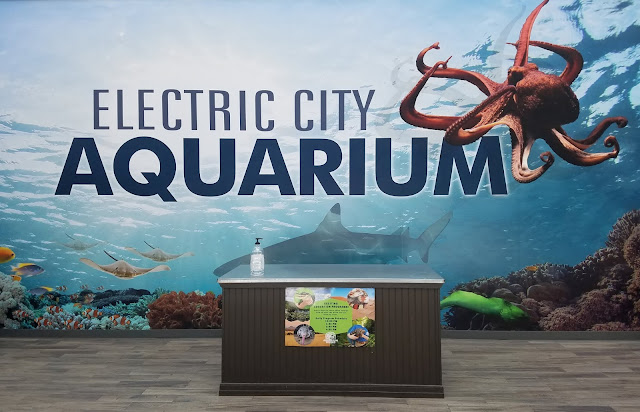 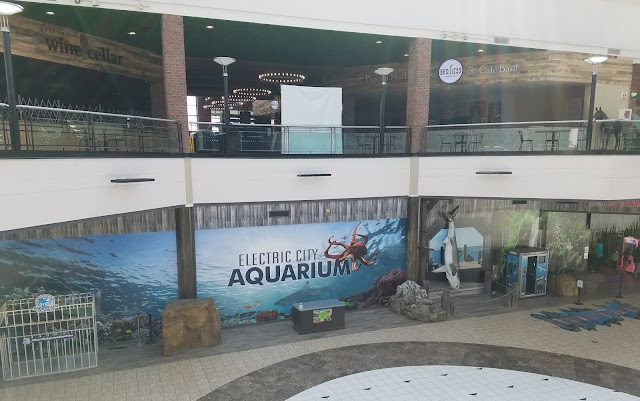 The Electric City Aquarium & Reptile Den opened inside the former Steamtown Mall in September, 2018.  It's takes up a huge portion of the first floor beneath the food court.  We finally had a chance to visit on Memorial Day, and we had a great time!  It's not the biggest aquarium I've ever been to, but it's an awesome place!  The staff was attentive and friendly, and the animals were very active and well taken care of.  Here are some of the animals who live here at the Aquarium.
My favorite animal at the Electric City Aquarium & Reptile Den was this little guy.  He's an Alligator Snapping Turtle.  This fellow lays perfectly still and opens his mouth wide to trick birds into believing that they're seeing a worm or a small insect on a rock. Then, when the bird lands, they snap them up for a meal. 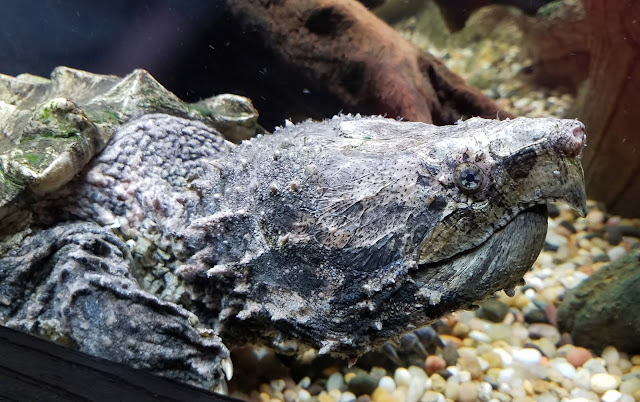 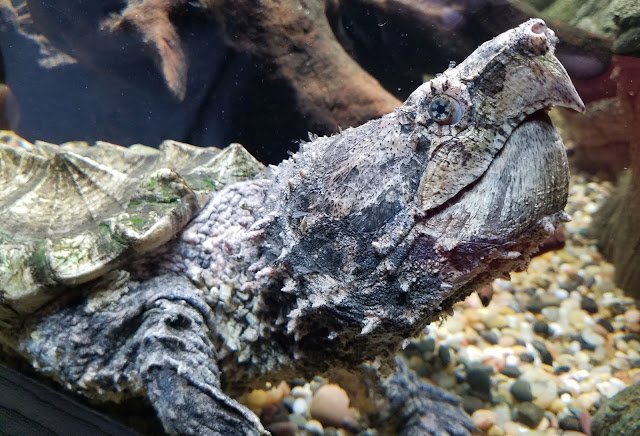 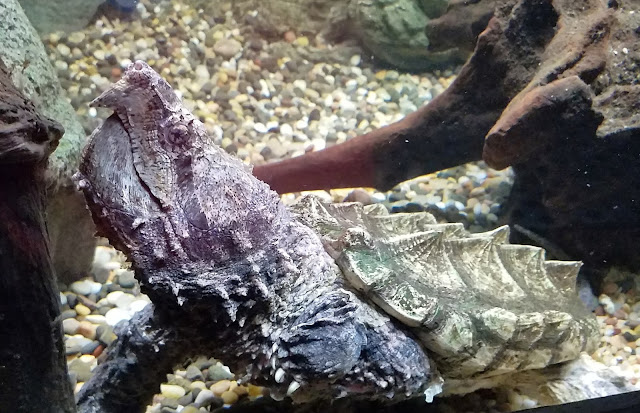 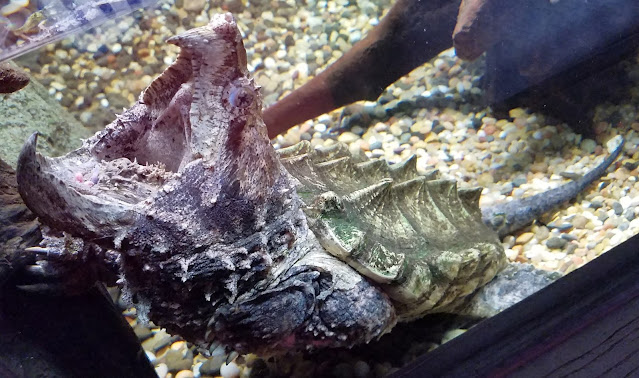 They have a nice shark tank in the aquarium portion of the Electric City Aquarium & Reptile Den, but they move pretty fast and I wasn't able to get too many clear photos of them.  The fish are much easier to take a nice photo of. 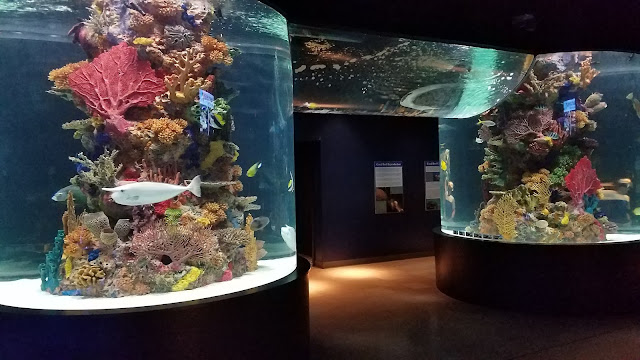 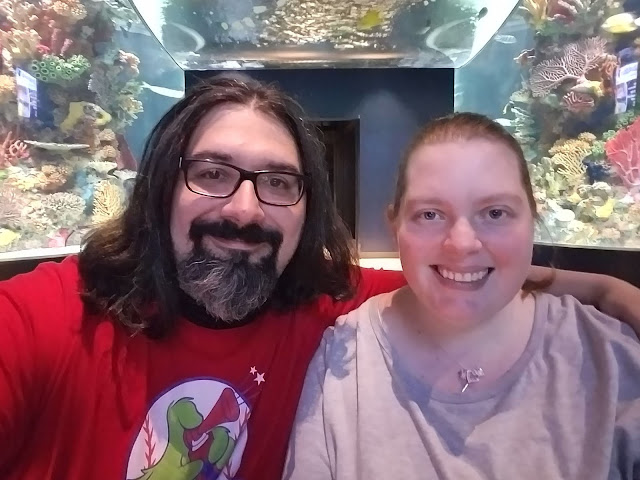 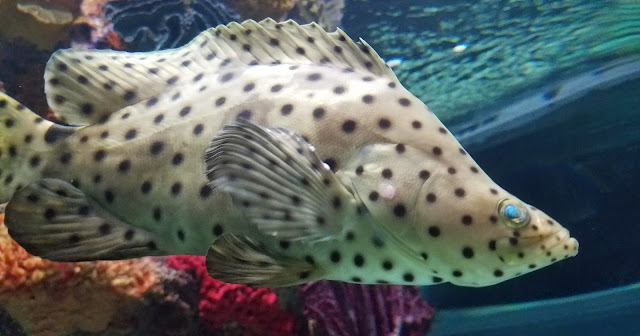 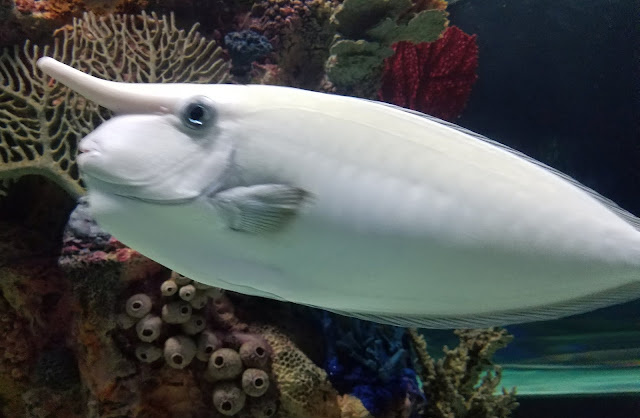 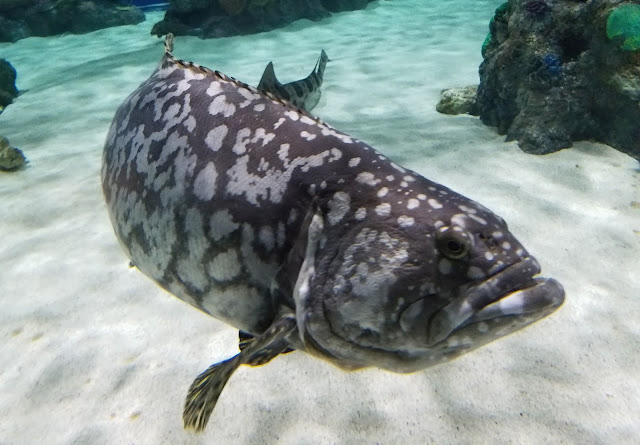 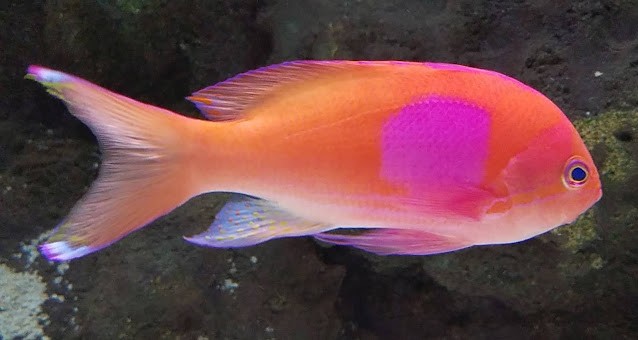 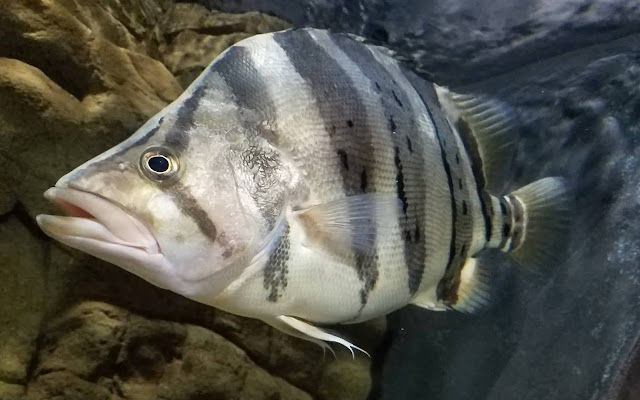 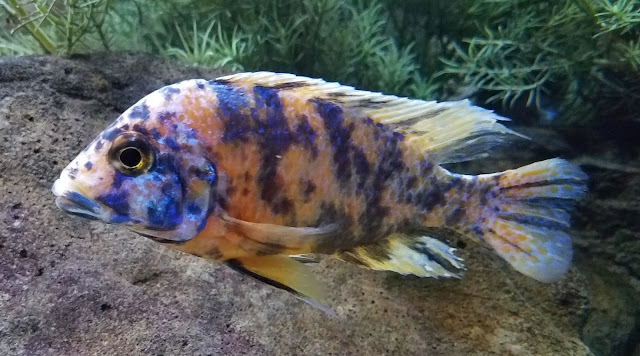 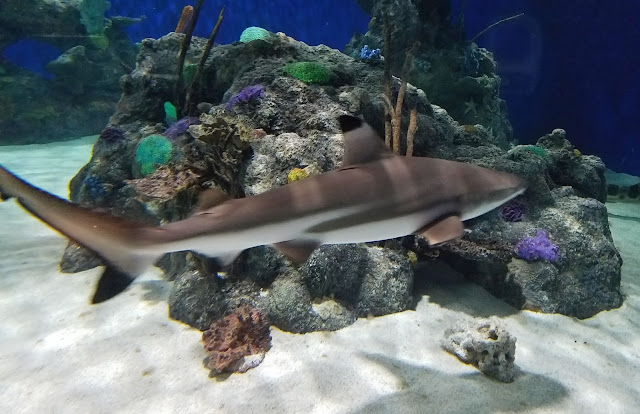 Overall, this is a really great place to visit.  Ticket prices for adults are only $18.95, which is a bargain to get to spend a few hours walking through a nice place to look at and learn about some fascinating animals.  If you live in Northeast PA, it's definitely worth visiting.