They'll Make You A Sandwich You Can't Refuse

Godfather Sandwich
Carmen's Bakery & Deli - Hazleton, PA
Because of the hours I work, I don't get to Carmen's as often as I would like.  Everything they make is great: the pitza, the breads and pastries, and most of all, the deli sandwiches.  This one is called The Godfather - a sandwich made on grilled Italian bread with Capocollo, turkey and provolone with tomatoes and homemade tomato pesto. 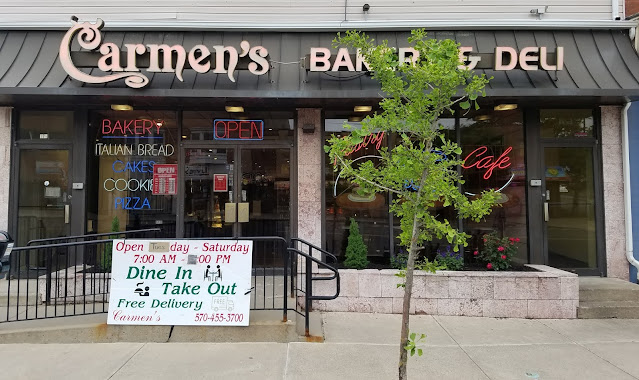 Carmen's Bakery & Deli is on Broad Street in downtown Hazleton.  It's across the street from what used to be Carmen's Italian Restaurant.  My father worked in the restaurant when he was in college, and I worked there when I was a teenager.  It was a great job in a cool atmosphere, and I worked with a lot of awesome people.  I was too young and immature to appreciate how lucky I was to have had this experience.  I accidentally dropped a plate one day and got yelled at for it, and instead of apologizing and taking it like a man, I got pissed off and quit.  Out of all the things in my life that I wish I could go back in time and do differently, the way I handled that situation is pretty high on the list.
The boss gave us the option of having $5 a week taken from our check, in exchange for which we could have pretty much whatever we wanted for lunch or dinner during our shift.  Technically, there were price guidelines in place to keep the employees from ordering steak and lobster tail every night, but the boss was super cool about it and let me get whatever I wanted, as long as it was within reason.  Usually, I would get a bacon cheeseburger with grilled onions and mushrooms, but sometimes the chef, Keith, would surprise me with something special, like fried clams or a pasta recipe that he was trying.  He was a good dude.  Some nights, the boss even let me take home a full cake or pie from the bakery case, and once in a while, the bartender would slip me a drink or two.
My standard work week was Wednesday, Friday, Saturday and Sunday.  The best night to work was Friday because we had the Land & Sea Buffet from 4:30 to 8:30 in the back dining room.  It was really pretty awesome.  The buffet had prime rib, crab legs, jumbo shrimp, steamed clams, and lots of other great things to eat.  We were allowed to eat as much as we wanted from the buffet, and let me tell you, I could put away a lot of seafood at 15 and 16 years old! 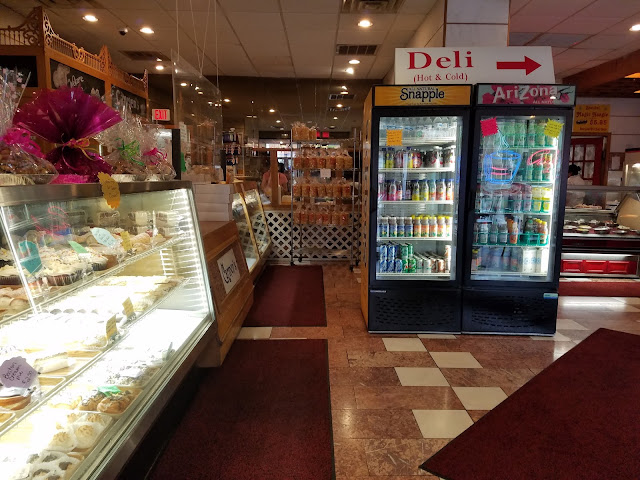 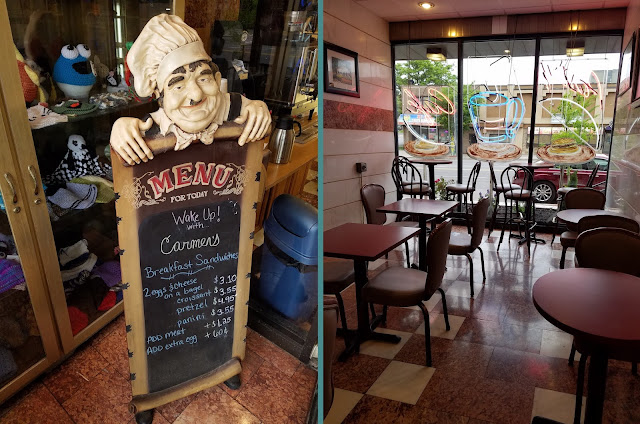 I never worked in the bakery, but we used to pick up the bread and bring it back to the restaurant.  let me tell you, rolling a half dozen bread racks across four lanes of traffic on Broad Street during rush hour is a pretty memorable experience.  Feels a bit like playing Frogger.
Back then, Carmen's Bakery and Deli was just a bakery.  Since then, they've expanded and added a deli where you can get breakfast sandwiches, hoagies, paninis, wraps, salads and other good things to eat.  When you first walk in, the bakery is on the left and the deli is on the right. 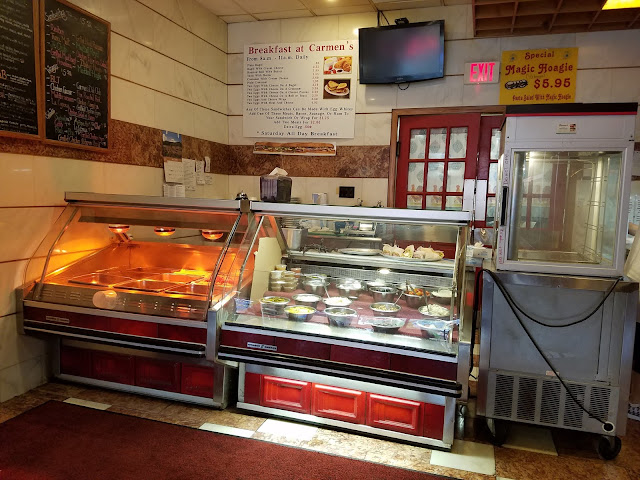 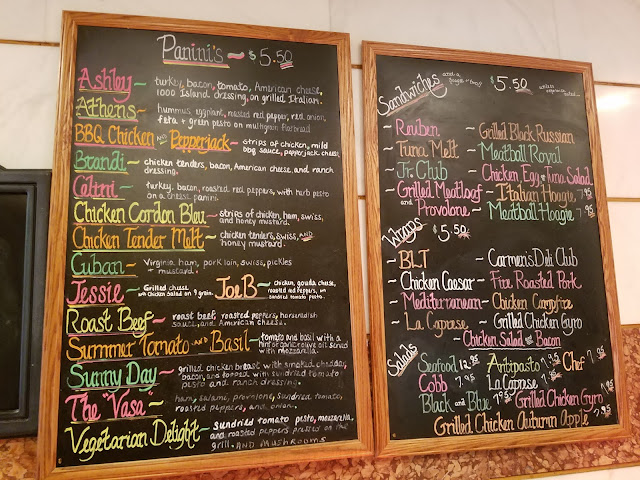 This is the deli section.  There are tables and places to sit to enjoy your meal, and a counter where you place your order and where they make your food.  They make a really good Reuben and Cuban, but I think The Godfather may be my new favorite.  My grandmother got me hooked on pesto when I was a kid, and it's something I don't usually keep in the house, so it was a nice blast from the past for me.