Judgment Day Under The Stars 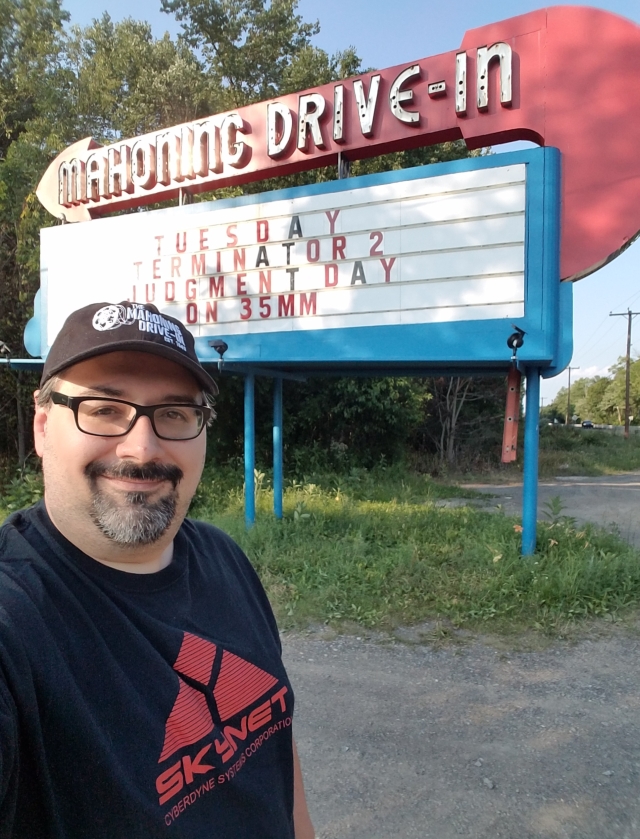 Terminator 2: Judgment Day
Mahoning Drive-In - Lehighton, PA
If I had to pick my favorite movie of all-time, it would have to be the original Rocky, but Terminator 2 is a pretty close second.  I was lucky enough to get to see Rocky last year on the big screen when Regal briefly opened during the pandemic, and I couldn't have wished for a better end to my 40th year on this planet than to get to hang out at the drive-in on a hot summer night and enjoy watching Sara and John Connor team up with Arnold to take down the T-1000. 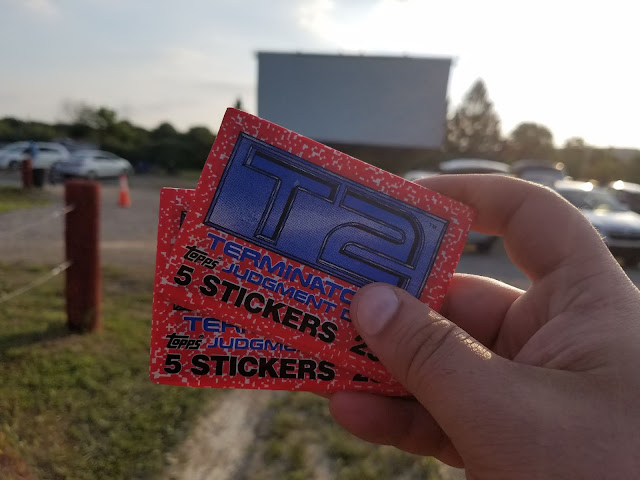 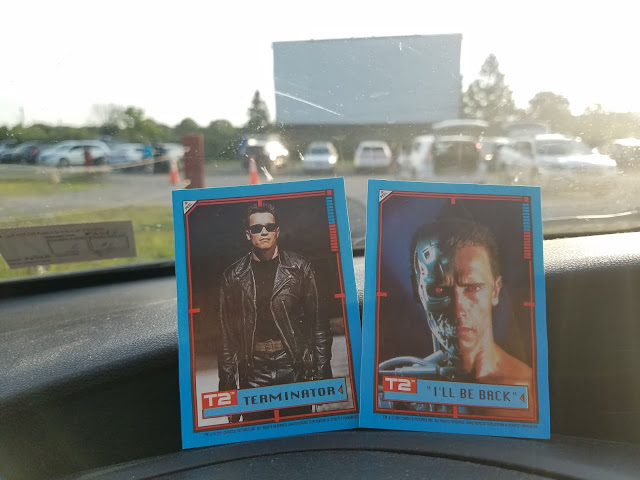 When we checked in, they gave us two packs of vintage 1991 Topps stickers from their T2: Judgment Day set.  This is exactly what I'm talking about when I'm trying to explain how amazing the Mahoning Drive-In is.  They didn't have to do this - it wasn't advertised ahead of the show.  It's just a fun surprise that makes an already great experience even better.  The folks who run this place love what they do and it shows. 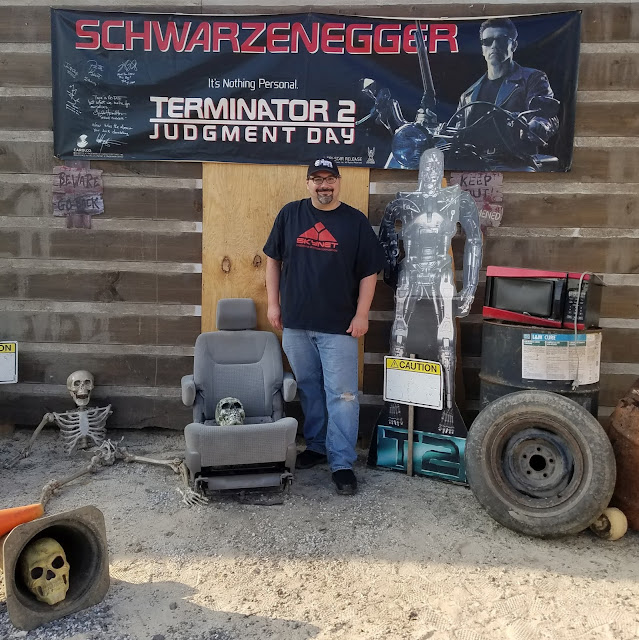 They also had a staging area set up for folks to take photos, so of course I had to take one.  I didn't notice until after we got back to the car that the Terminator 2 banner above my head was autographed by the movie's stars and members of the cast, including Linda Hamilton, Edward Furlong and Robert Patrick, among others.  Very cool! 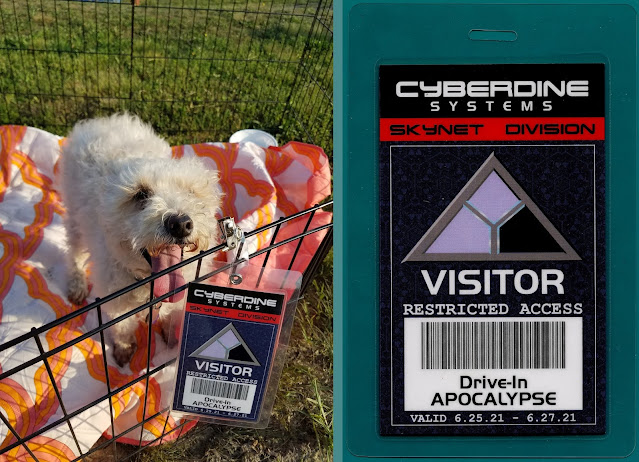 At the merch booth, I picked up this cool Cyberdine Systems visitors pass.  These were actually made up for the Drive-In Apocalypse weekend because they showed the original 1984 Terminator film this past Friday.  The back of the visitors pass has a list of movies shown over the Apocalypse weekend, including the ones we saw on Saturday night.  It's a nice souvenir, and it was only two bucks.

They were serving mac and cheese.  It was over 90 degrees, even after the sun went down, but since my little buddy Harvey was joining us on movie night, it was a nice little treat that I could share with him.  The little schnoodle loves cheese!
There was also a special reusable popcorn bucket for ten bucks that you could get refilled for a dollar as many times as you wanted for the rest of the year, so I picked one of those up too.  I know I'm straying pretty far off of my diet, but popcorn isn't too bad of a snack, and I don't get the melted butter. 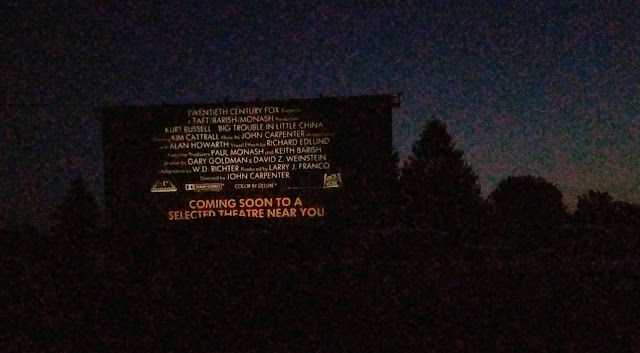 As always, they showed vintage trailers before the movie.  This Tuesday's trailers included Big Trouble In Little China and Last House On The Left, both of which got a pretty big pop from the audience.
And, of course, there was the feature presentation - an original 35mm print of Terminator 2: Judgment Day.  This movie premiered in Los Angeles on my 11th birthday and went nationwide on July 3, 1991.  Now, almost 30 years exactly from the date of it's premier, I got to enjoy it on the big screen under the stars on a hot summer night with a bucket of popcorn and a cold drink.  Seriously, how awesome is that?

This photo of the screen was shared by John Brennan on Twitter.  He's the dude in charge of music at The Last Drive-In, and he was in town with Joe Bob and Darcy to set some things up at the Drive-In for the Jamboree, which is only a couple of weeks away.  Even though there wasn't a drop of rain all night, we had a heck of a lot of heat lightning all night.  There was also a pretty low flying helicopter that flew overhead toward the climax of the film, both of which only added to the atmosphere.  It's really incredible... with all the chaos and craziness in the world, there are still little moments of magic to experience and enjoy.  All you have to do is look around, and take a moment to truly appreciate them.