A Tale As Old As Time 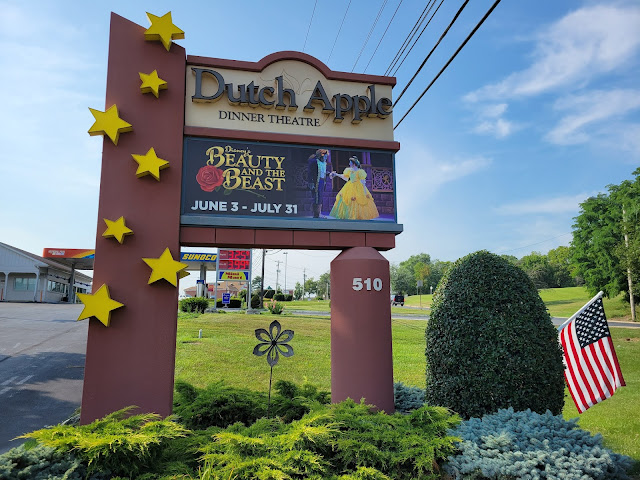 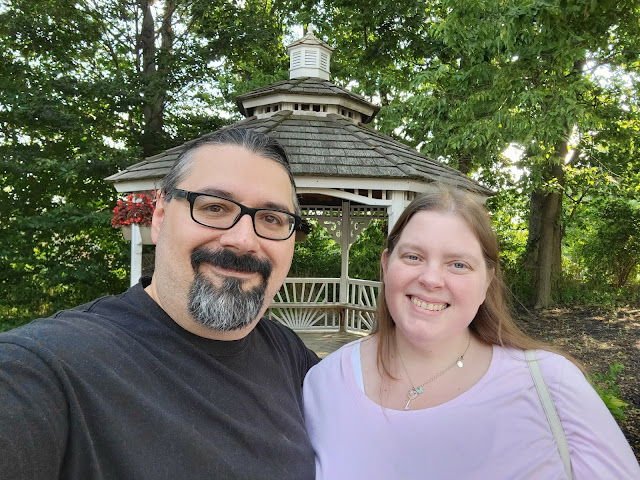 My wife is the kindest and most supportive and loving person I have ever known.  I'll never know what she sees in me, but I'm glad that she sees it. 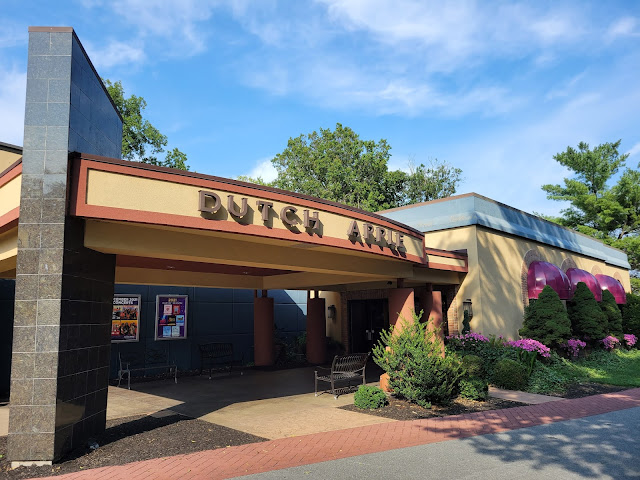 Our first trip to the Dutch Apple was back in 2009 when we went to see The Wedding Singer: the Musical.  It was a great show, and we've been back many times over the past 12 years.  For a little while, it became a Christmas tradition that we shared with my Dad and stepmom.  No matter what show they were doing, we always had an excellent time.  I'm not really a big fan of musical theater in general, but I have enjoyed every show I've ever seen here. 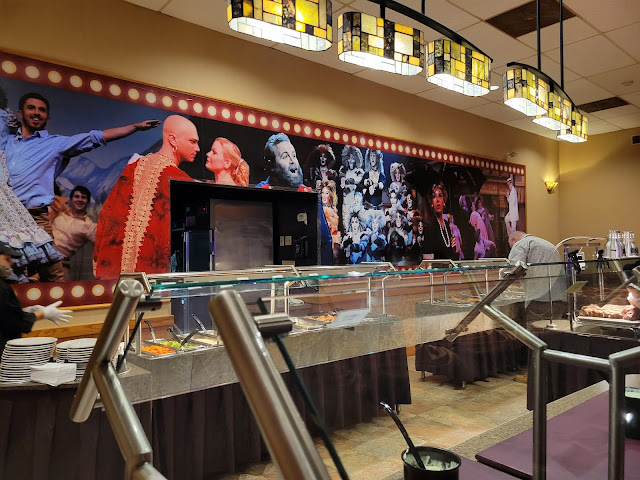 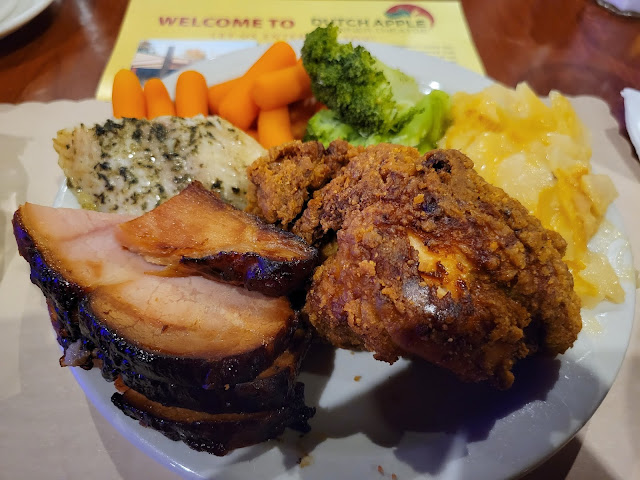 The food at Dutch Apple always very good.  Today, they had prime rib at the carving station with baked fish, cherry glazed ham and fried chicken on the buffet.  For dessert, they had ice cream and a bunch of different kinds of cake and pie. 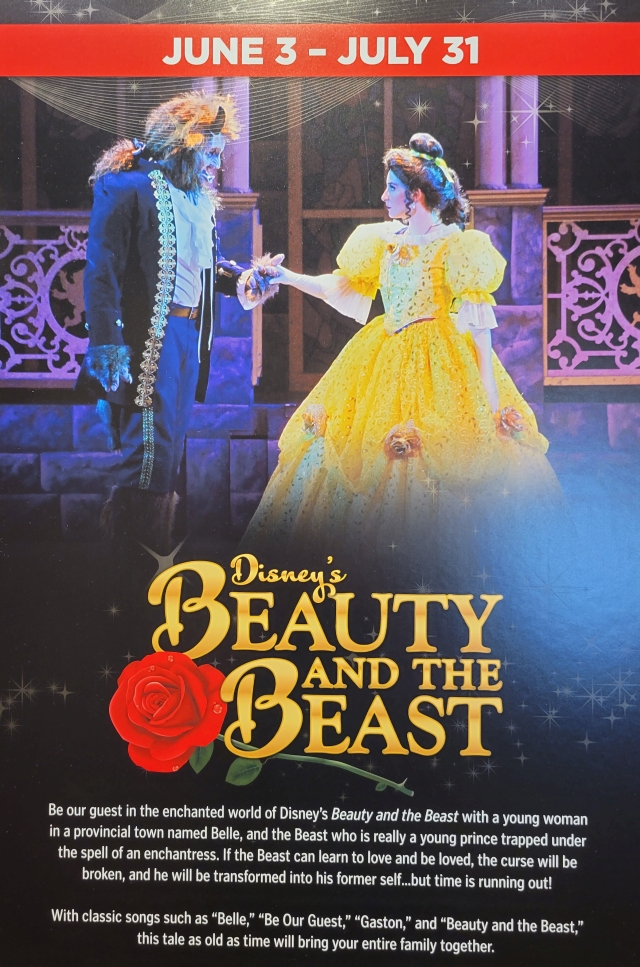 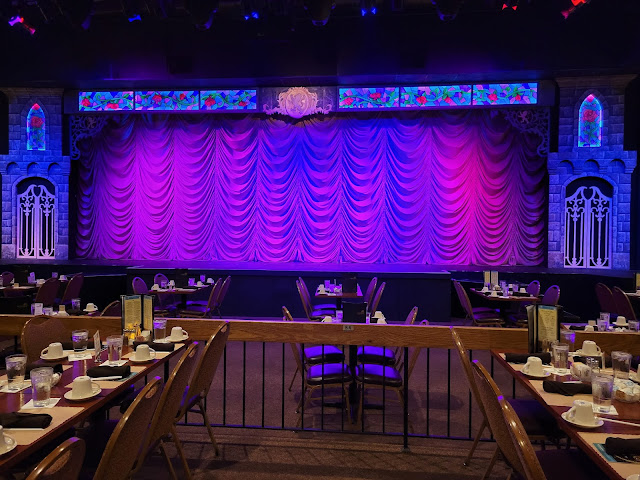 This is actually the first time I've ever seen any version of Disney's Beauty & The Beast.  I never saw the 1991 animated film or the 2017 live action adaptation.  In fact, the only version of Beauty & The Beast that I ever remember seeing is the television series from the 80's starring Linda Hamilton, and that's only because my mother used to watch it when I was a kid.  I've had so little exposure to this in my life that I didn't know the song "Be Our Guest" was from this movie.  I thought it was just an old Disney song from the 60's that they used in commercials for Disney World (and parodied by Mr. Burns in The Simpsons).
I knew I was going to enjoy the show because Dutch Apple always does a fantastic job, but their production of Beauty & The Beast was exceptional.  The actress who played Belle had a beautiful voice, and the actor who played Gaston was hysterically funny.  He reminded me of Jim Carey because he had that rubber face quality when he laughed.  It's only going to be in Lancaster through the end of July, but I'd highly recommend it to anyone, whether they're a fan of Disney, or a fan of musicals, or if they're like me and just like to see a great show.