His Name... Is Atreyu 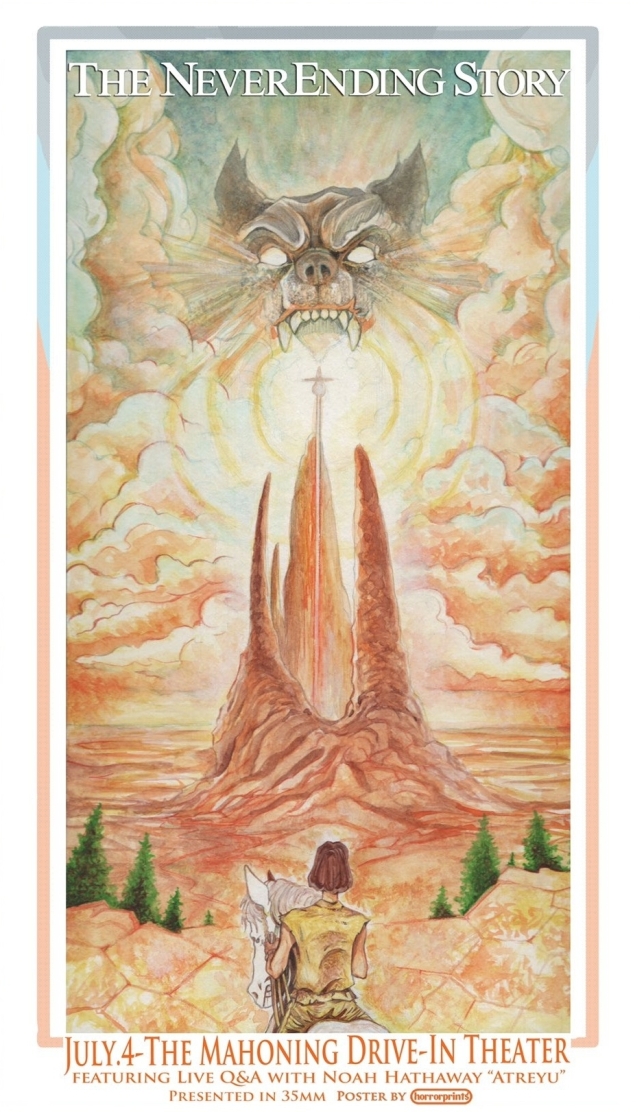 The Neverending Story
Mahoning Drive-In - Lehighton, PA
One of my favorite movies when I was growing up was The Neverending Story.  My grandfather recorded it off of one of the pay channels during their free preview weekend, and I must have watched that tape a thousand times throughout the late 80's and early 90's.  When I saw this incredible poster from Charles Moran of HorrorPrints advertising that a 35 mm print of the film would be shown on the fourth of July at the Mahoning Drive-In, I knew I had to be there.  I didn't even notice at first that the star of the movie would be at the drive-in too. 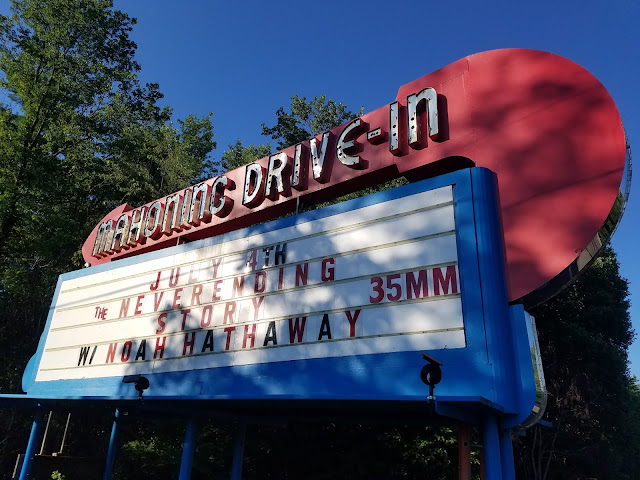 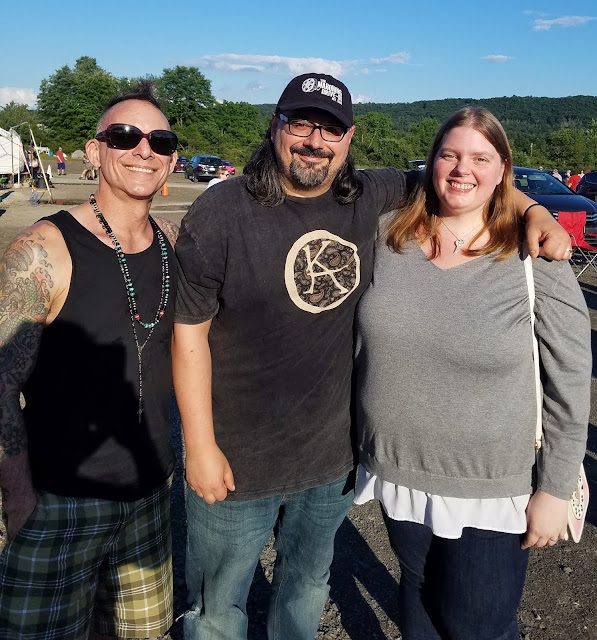 That's Noah Hathaway - the dude who played Atreyu.  I never realized that we were as close in age as we are.  He was 12 years old when The Neverending Story was filmed, and I was probably around 7 the first time that I saw it.  When you're a kid, that's a huge age difference, but as an adult, all I could think is "wow, we're both in our 40's".  He was a very cool dude.  He busted my balls a little bit for being a fan of Troll, which he also starred in but I fully admit to being a nerd for cheesy 80's horror.  He also autographed one of the show posters for us. 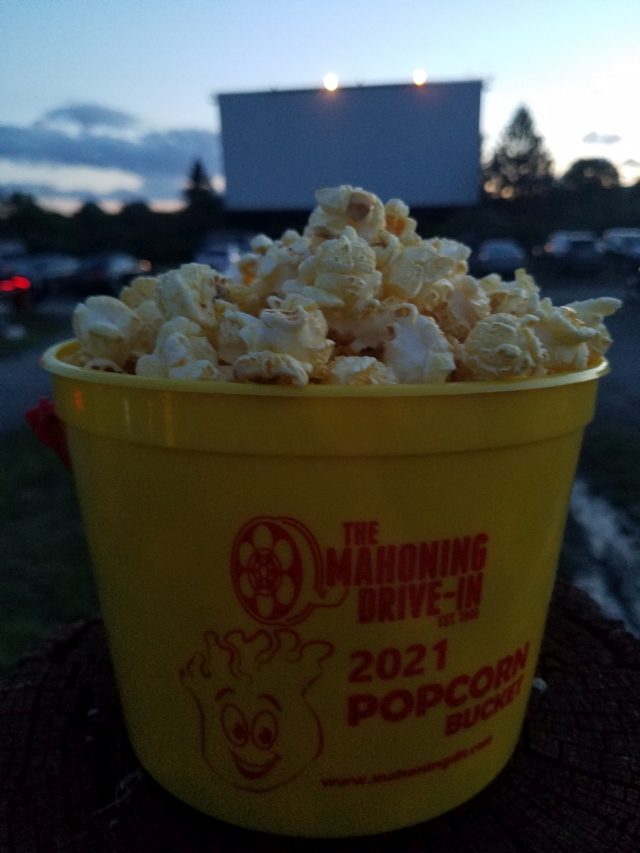 The special snack of the night was called The Swamp Of Sadness.  It's a chocolate ice cream float made with your choice of soda (though the Dr. Pepper came highly recommended).  It sounded really good, but had to pass.  I've been eating way too much sugar recently, and lactose doesn't do me any favors either.  However, there's room in every diet for a big bucket of popcorn. 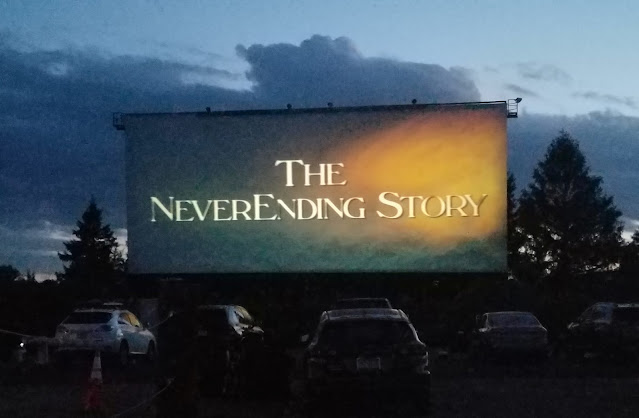 Seeing this movie on the big screen is really something special.  I remember that my grandfather took me to see the sequel at the old Church Hill Cinema, but I had just turned four years old when the first one came out in the US, so this was the first time I ever got to see The Neverending Story on something other than VHS or DVD.  I realize that I use the word "magical" quite a bit when talking about the Mahoning Drive-In, but it really is the best word I can find to describe how this place makes me feel.  Sitting under the stars in my camping chair, surrounded by other folks who love movies as much as I do, watching Falkor fly through the clouds on 35mm while the occasional firework goes off in the distance from somebody's Independence Day celebration is simply a magical experience.  The fact that this place exists, let alone that it's within driving distance of my house, almost feels too good to be true.  It's amazing.