What Were You Gonna Be When You Grew Up? 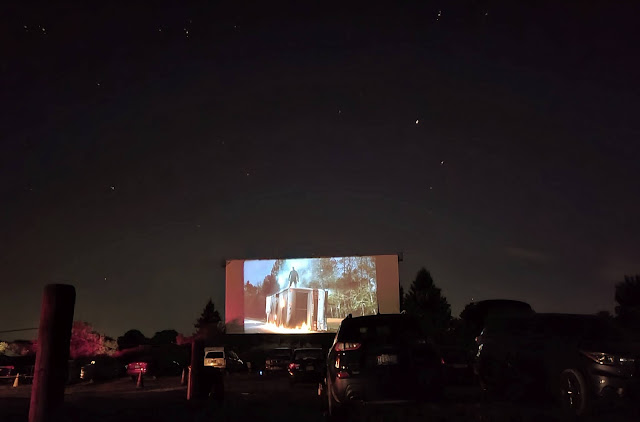 Camp Blood VII
Mahoning Drive-In - Lehighton, PA
Before we arrived at the drive-in for their four night Camp Blood event, we were told that it was one of the Mahoning's biggest weekends of the season.  We only got tickets to Friday night, but if the crowd last night is any indication, they weren't joking.  I'm not sure if there were as many people as the Joe Bob Jamboree, but I'll bet it was pretty close.  Tickets are sold out for both Friday and Saturday, and the lot was jammed well before 6:30.  It was only dumb luck that I managed to sneak into our regular spot on the other side of the concession building. 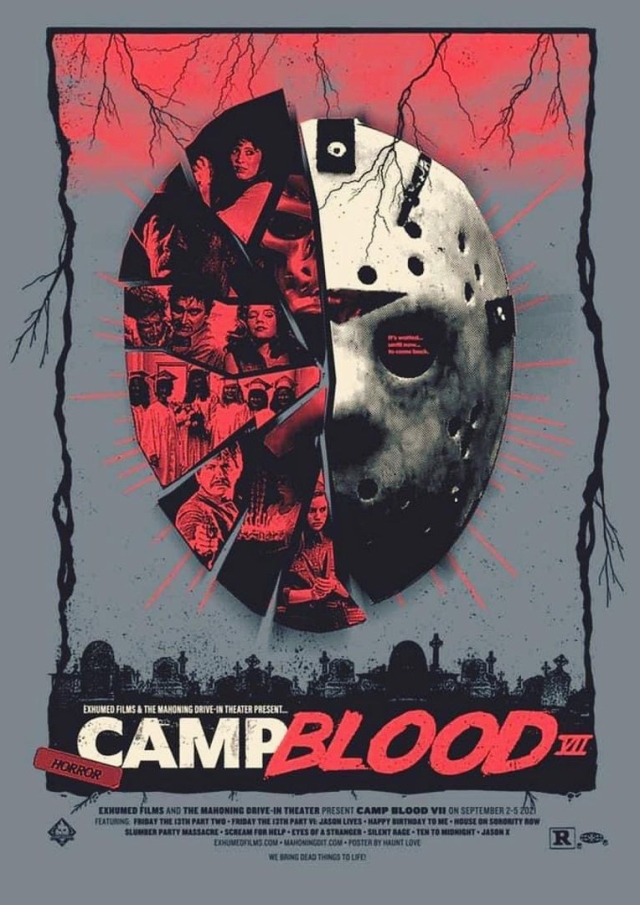 Like most of the weekends at the Mahoning, the movies for Camp Blood VII are screened from their original 35mm prints, complete with vintage trailers leading up to each film.  The movies for this four day event are:
Thurs September 2nd
Fri, September 3rd:
Sat, September 4th:
Sun, September 5th:
There were a few celebrities in attendance last night, including Tom McLoughlin, the writer/director of Jason Lives and Friday The 13th: The Series, among other things.
The meet-and-greet tables are a pretty awesome opportunity to meet the folks who worked on set, and to get photos, autographs and other merchandise.  I sometimes stop by, but the prices are often a bit out of my budget.  I would have gotten an autographed Jason Lives poster from Mr. McLoughlin, but money is a little tight this week since the lawnmower broke down, so I had to skip any additional expenses. 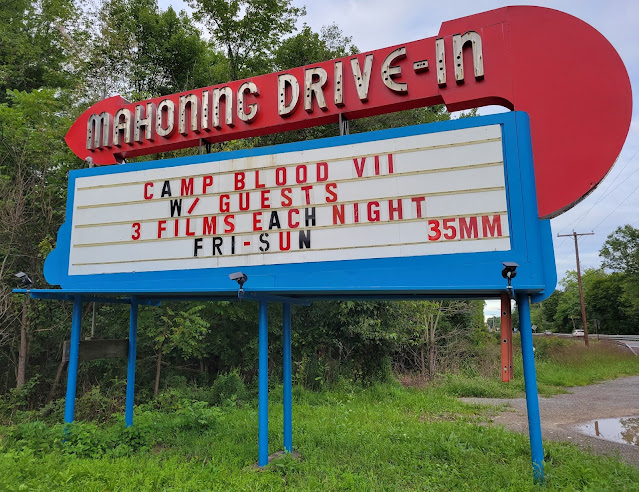 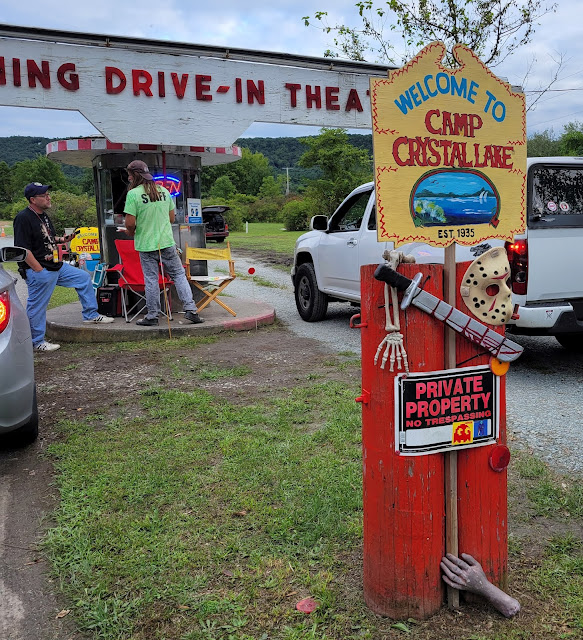 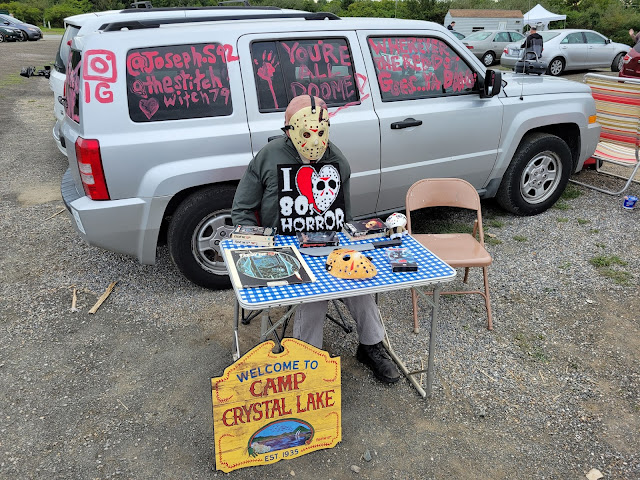 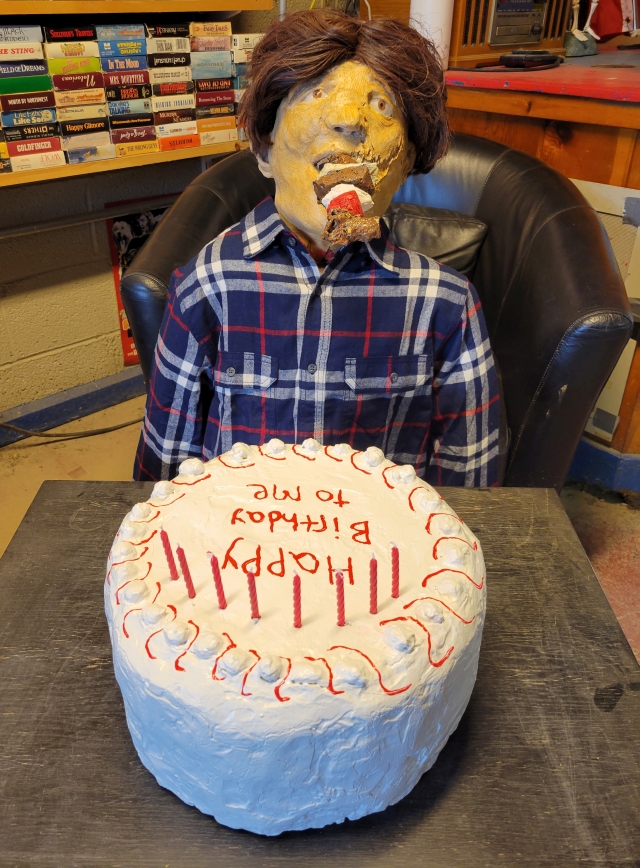 As usual, the place looked fantastic with an homage to vintage horror flicks at every turn.  JT was also roaming the lot wearing an incredible Jason Voorhees costume.
Before the movies, there was a series of campground games that folks were playing, including a body bag (potato sack) race, an eyeball (egg) toss, and a tug of war.  There was also a game that involved spinning a wheel and rolling dice to determine if you would escape from Jason (JT) or if he would kill you.  The winners were each allowed to pick a prize. 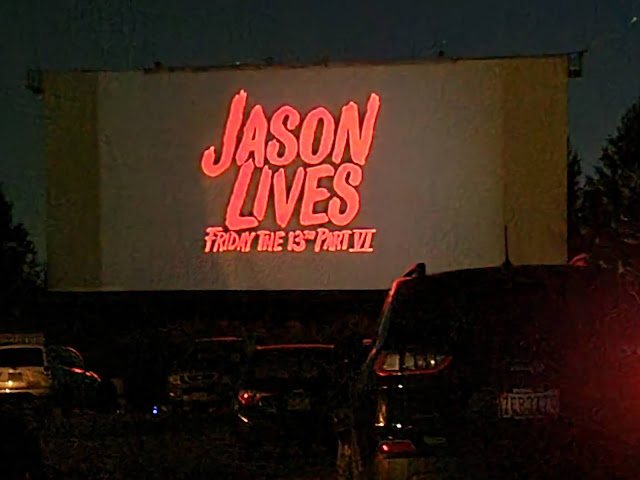 The first movie of the night is one of my favorite Friday The 13th movies - Part VI: Jason Lives.  Before the start of the film, writer/director Tom McLoughlin got on the mic to share a few words and introduce the film. 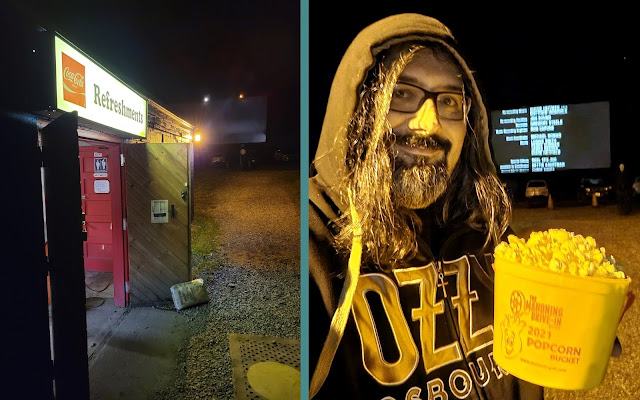 The concession building was packed before the start of the movie, so I hovered around the snack bar entrance for the last few minutes of the film so I could sneak in and get popcorn as soon as the movie ended before it got busy in intermission.  It was a pretty cool experience to walk out with a bucket of popcorn listening to Alice Cooper's The Man Behind The Mask echoing into the night sky with Jason Voorhees approaching with a machete.  You can see him slightly in the photo of me above.  The little white dot near the bottom right corner of the screen is his mask. 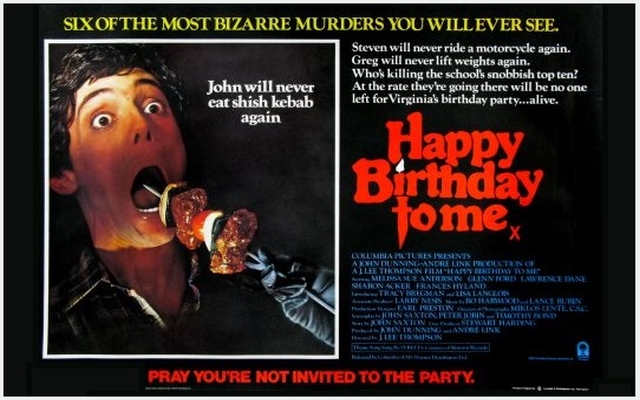 The second movie was the 1981 Canadian cult horror classic, Happy Birthday To Me.  I'm not gonna lie, this is not at all one of my favorites.  The plot is all over the place, but it's not one of those so-bad-it's-good kind of horror flicks - at least not for me.  I'm still glad to have gotten to see another cult classic at the drive-in, but if this was a Tunnel Vision Tuesday feature, I probably would have skipped it. 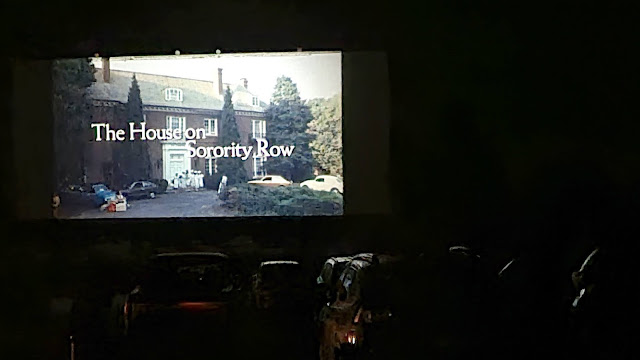 The final feature of the night was the 1982 classic slasher, The House On Sorority Row.  This is one of the truly great horror movies of the decade, and one that I never in a million years thought I'd ever have an opportunity to see in its original 35mm format at a drive-in.  I could say the same thing about every movie I've seen at the Mahoning, but this felt even more special.  This place truly makes me feel like I've stepped back in time to experience movies the way that was intended on the day that they were first released.  I've said it before and I'll say it again - it's pure magic.  There's no other word strong enough to explain how this place makes me feel.  Pure magic.