The Kid Who Wouldn't Shut Up 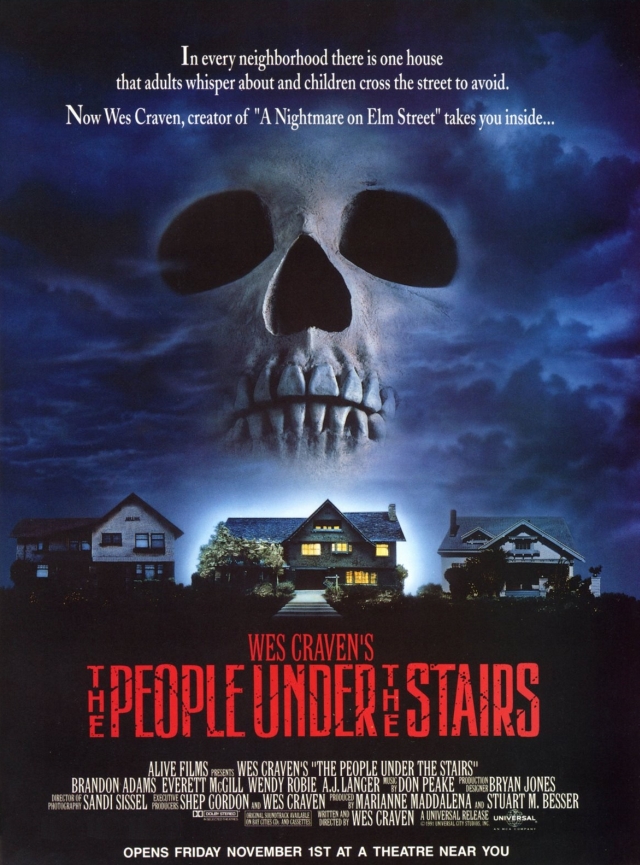 The People Under The Stairs
Universal Pictures (1991)
Wes Craven's 15th movie premiered in theaters across the country thirty years ago today.  The People Under The Stairs makes me think of a demented Home Alone.  A young boy nicknamed Fool and his two accomplices plan to rob the home of a wealthy couple, who also happen to be the landlords who are evicting Fool and his family from their apartment.  Unfortunately for the trio, the couple are inbred psychopaths with lots of guns, an attack dog, and a basement filled with all of their cannibalistic children who they keep locked up in a torture chamber.  Well, all of them except for the one whose tongue they cut out who has escaped into the walls, and their daughter who has been well behaved enough to live upstairs because she follows their rules of "see no evil, hear no evil, speak no evil". 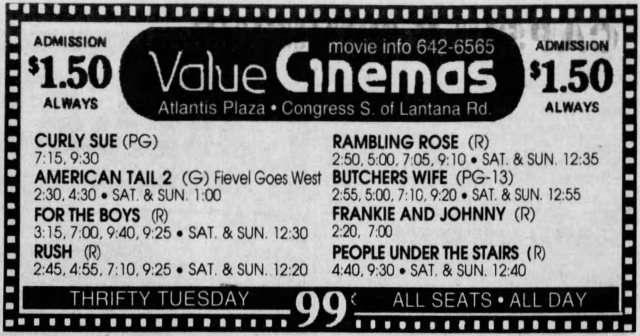 In February 1992, I saw The People Under The Stairs at a second run theater in Lantana, Florida.  I'm not sure if this place is still open or how many places like it are still in existence these days, but a second run theater typically showed movies that were no longer being shown at most major theater chains, but were still a few months away from being released on home video.  I grew up near a place like this in West Hazleton that was called the Key Theater, but has since changed into a movie theater/restaurant hybrid called the Cinema & Drafthouse.

Unfortunately, I had a hard time paying attention to the film.  My dad's best friend John was a member of the Big Brothers Big Sisters program, and had a "little brother" who he took on outings.  Because this kid and I were the same age, John would sometimes pick me up and bring me along to hang out with them in whatever they were doing that week.  It was usually a lot of fun, but on this night, I discovered that this kid did not know how to shut the hell up during a movie.  Worse yet, he had seen it before, so I had a nonstop spoiler machine sitting next to me the entire time.  I tried to explain to him, as politely as an 11 year old boy could, that I wanted to watch the movie for myself and not know exactly what's going to happen right before it happened.  To this, he responded by saying "ok, I won't tell you what happens, but do you know how if you touch something electrical and then touch somebody else that the shock will go through to the person on the end?"  Gee... I wonder what's going to happen next.