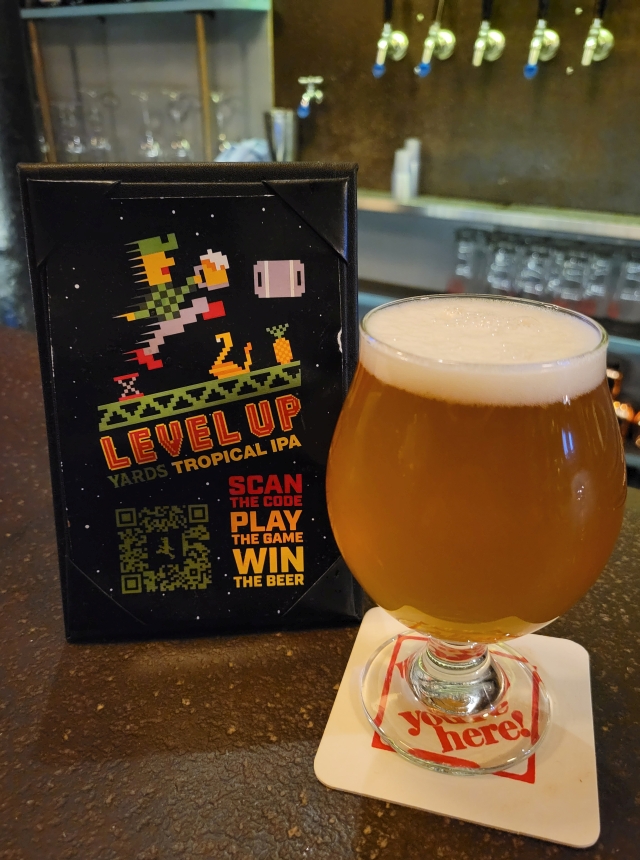 Level Up Tropical IPA
Yards Brewing Company (2021)
Dad and I stopped at the Marion Hose Bar for drinks before the Wishbone Ash concert.  They had a retro gaming themed IPA called Level Up which was very good.  Breweries In Pennsylvania wrote that it combines Citra, Azacca and Mosaic hops to create a golden, tropically infused, IPA with 6.5% ABV and an IBU score of 50.
Level Up also has its own retro style game that you can play to win a prize. 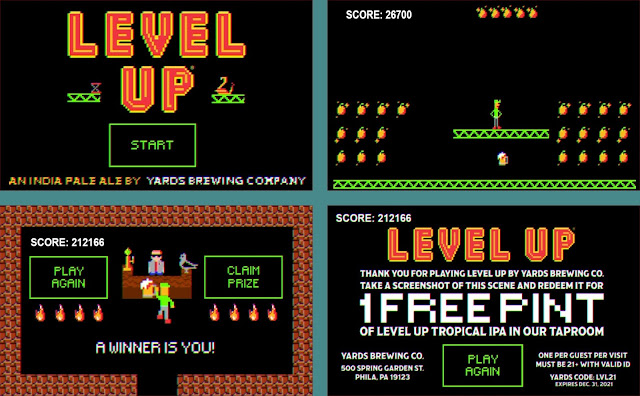 It's a fun little game where you play a little dude in a green shirt and cap who runs around Donkey Kong platforms collecting fruit while avoiding scorpions, snakes, barrels and other assorted enemies.  The peaches give you points (at least I think they're peaches) while the pineapples make you invincible for a short period of time.  The goal is to collect the mug of beer at the end of each level.
When you're finished, you can click the button on the right to claim a prize, which for me was one free pint at the Yards Brewing Company taproom in Philly.  Unfortunately, it expired on December 31st of last year.  I'm guessing that means this game won't be around for too much longer.  Click here if you would like to give it a try.