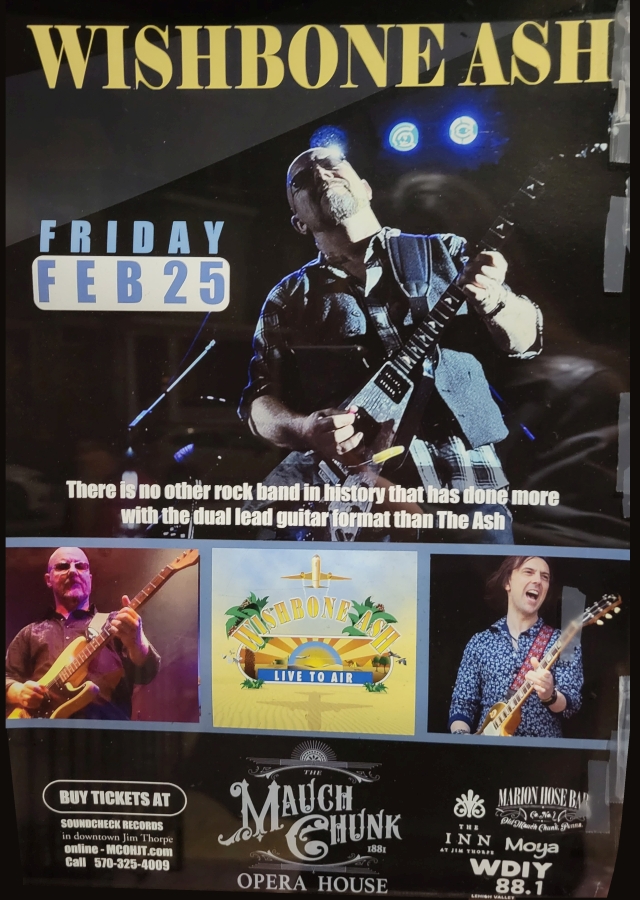 Wishbone Ash
50th Anniversary Year Tour
Mauch Chunk Opera House - Jim Thorpe, PA
My dad has a lot more time on his hands these days since his retirement.  He has somehow gone the past 30 years without ever seeing a Quentin Tarantino movie, so I've been sharing his catalog of films with him.  Dad's not at all shy about telling you when he doesn't like something, so I was glad to hear that he really enjoyed most of them - especially The Hateful Eight, which was his favorite.  The only one that he didn't like was Death Proof.  That's probably a bit of an understatement.  He called me last Sunday to spend 20 solid minutes explaining to me, in great detail, how much he hated it.
While I've been introducing him to movies, he's been playing a lot of 70's rock when I go over to visit that I'm not very familiar with.  A lot of the songs are from bands that he listened to in college, like Caravan, Tucky Buzzard, Crabby Appleton and Wishbone Ash, all of which I've enjoyed.  Wishbone Ash toured in the UK last year, and they just started an American tour this week in celebration of the 50th anniversary of their biggest album, Argus.  The third stop on that tour was at the Mauch Chunk Opera House last night, so my dad and I took a ride down to Jim Thorpe to meet up with one of his friends, drink some beer, and enjoy a couple hours of excellent live music. 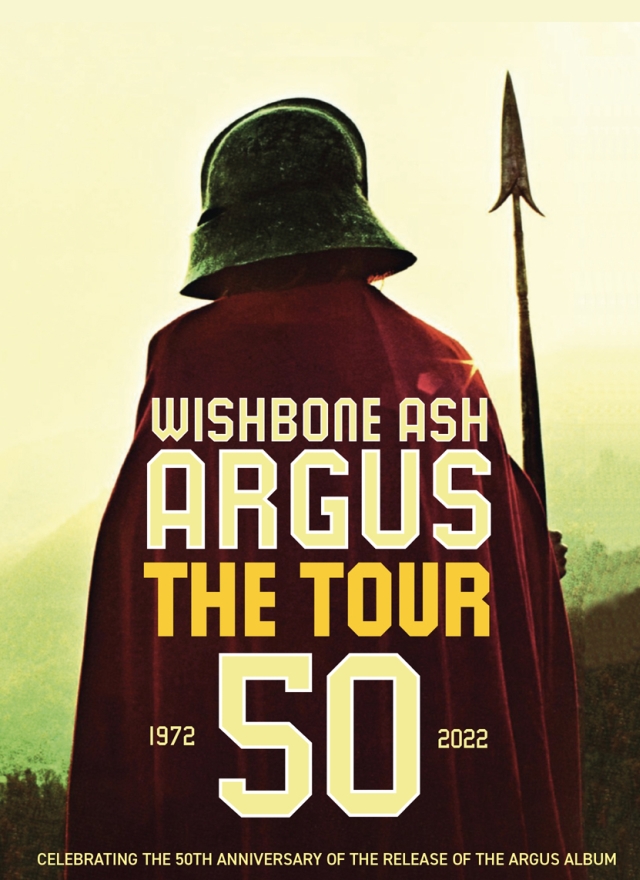 I spent most of my work day before the show listening to Argus and a few other albums to become more familiar with the music of the band that I was about to see.  After each song, I found that I had the same question: How have I never heard this before?  This is fantastic music!  Wishbone Ash is every bit as deserving of attention as any classic rock band I've ever listened to.  They've recorded a total of 26 studio albums from 1971 to 2020, along with a number of additional live recording and compilation albums.  I've barely scratched the surface of their catalog so far, but I've loved everything that I've heard so far. 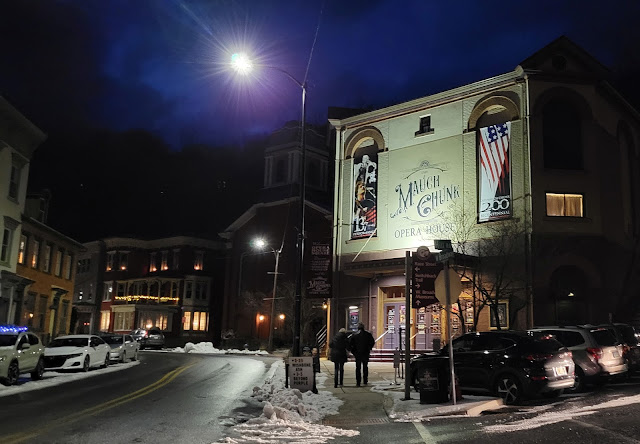 The Mauch Chunk Opera House is a great place for live music.  I've seen a few bands perform here over the years, and I've enjoyed it every time.  It's a small venue with good acoustics that sits at the end of an especially beautiful part of Jim Thorpe, Pennsylvania. 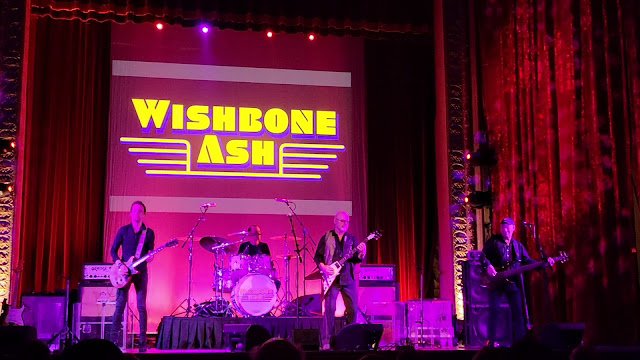 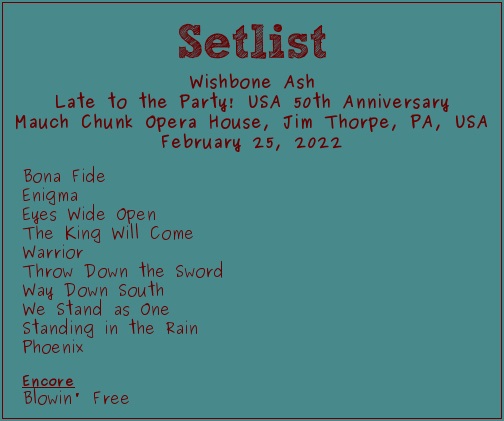 Wishbone Ash played a set that included music from throughout the half-century history of the band, including music from their first album from 1970, their most recent album from 2020, and four of the seven songs from one of their most loved albums, Argus, which was recorded fifty years ago and released on May 8th, 1972.
They opened the show with two tracks from their 2002 album, Bone Fide, which was followed up with Eyes Wide Open from their 2006 album, Clan Destiny.  They then played three songs from the second side of Argus record, beginning with The King Will Come, which was dedicated to our friends in the Ukraine.
After a brief intermission, the band took the stage again to play Way Down South from their 2014 album Blue Horizon, followed by We Stand As One, which is the opening track from Coat Of Arms, which was released in February 2020 just as the pandemic was beginning in many parts of the world.  Next was Standing In The Rain from the 1991 album Strange Affair before a phenomenal 15+ minute jam of Phoenix from their debut album.  After taking their bows, they returned to the stage for an encore and closed out the night with another excellent song off of Argus called Blowin' Free. 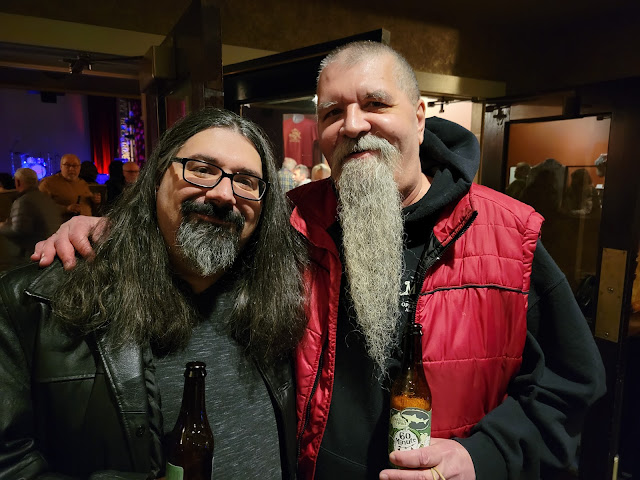 There's so much instability in the world today, with the pandemic, global climate change, food and fuel insecurities, domestic terrorism and violence, and the largest European land war since World War II.  From a personal perspective, a lot has changed in my own life over the past decade in addition to the changes and challenges in the world that affect us all.  I will fully admit to being overly sentimental, but I really treasure nights like this.  There's no way of knowing what the future might hold, but the big picture doesn't look too good at the moment.
Despite all of this, everything in my world is good at this moment because I got to out and enjoy good beer and excellent live music with my dad, and I have a safe and warm home to come back to with a family that I love.  I knew as it was happening that it is a time that I will look back on one day and wish that I could go back to it.  It's like Adam Duritz sang in A Long December: "I can't remember all the times I tried to tell my myself to hold on to these moments as they pass."  It's important to remember when times aren't so good that I am truly fortunate to have lived so many moments that I wanted to hold onto.  If only life had save points like a video game.