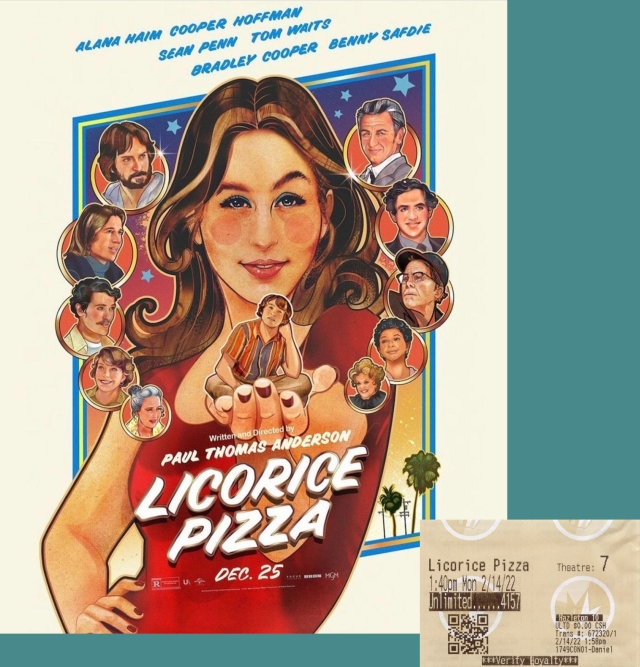 Licorice Pizza
MGM (2021)
I had resigned myself to the fact that my local Regal Cinema wasn't going to show Licorice Pizza.  It was originally released in November of last year, so I thought it had already made the rounds and that it's next stop would be the various streaming services.  As it turns out, the film was given a wider theatrical distribution on February 11th, so I got to see it on the big screen after all.
I'm glad that I got to see it, but I think this is going to be a one-and-done for me. 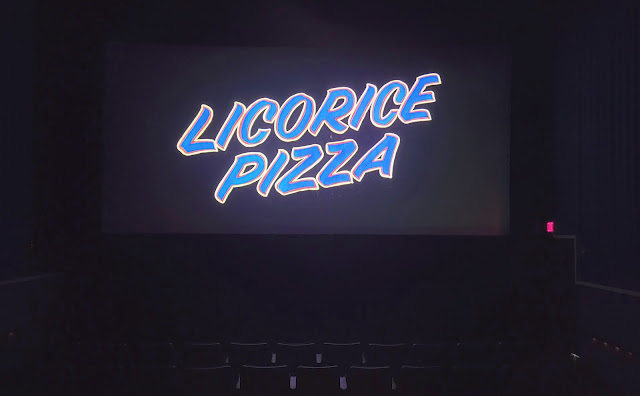 Licorice Pizza feels like it's trying to be Napoleon Dynamite, but without the heart or humor.  The story begins in 1973 in the San Fernando Valley with a plot that revolves around a precocious 15 year old boy who has a crush on an older woman.  This character requires almost as much suspension of disbelief as the plot of Moonfall.  He's a smug child actor with a modest career.  We're not talking early 90's Macaulay Culkin.  He's a kid who gets the occasional commercial gig, and whose big moment was to appear in the background of a musical alongside two dozen other kids.  Somehow, he has the time, money and business acumen to open a waterbed store and a pinball arcade on a whim, both of which are staffed almost exclusively by children.  The only adults in sight are his mother and a 25 year old woman named Alana who is the object of his affection.
Alana seems to be suffering from bipolar disorder and stunted emotional development.  She comes across as more of a child than Gary, with a flighty and unstable personality that borders on being self-destructive.  She's a far more sympathetic character than the boy who trying to win her over, but the same could be said for the lawyer who gets eaten by the T-Rex in Jurassic Park.  The end of the film has Gary running down the street, and I was kind of hoping that he would get hit by a car. 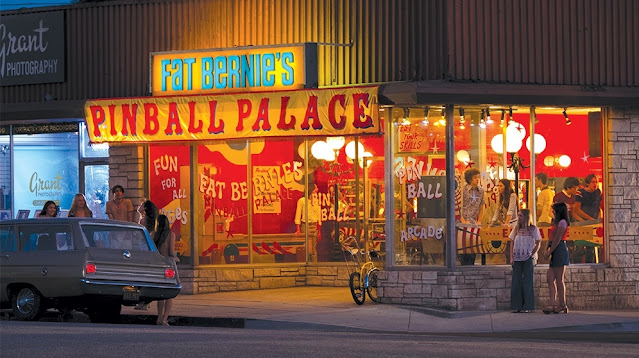 The dialogue is ludicrous, as if the script began its life as 600 pages worth of Mad Libs, with moment after moment that seems to exist solely for the purpose of making the audience say "what the fuck".  The best example I can think of is the white restaurateur who communicates with his Japanese wives by speaking in a racist mock-Asian accent.  It doesn't play a role in the story.  It's not funny.  It's a cringy moment that tries too hard to be quirky for a laugh.  It's the comedy equivalent of a jump scare.
There are other scenes that seem like they're going to lead to something interesting, but they go nowhere.  The scene that comes to mind takes place about a quarter of the way through the movie.  Gary is selling waterbeds at a convention of some sort.  There's no explanation of how or why he's doing this... he just is.  Suddenly, the police arrive to arrest him and drag him back to the station on a murder charge.  Turns out they have the wrong guy, so he leaves.  This all happens in a span of less than five minutes, and it's never referenced again.  Once again, the scene is jammed in there for the sake of being quirky.  It's meant to make you say "what the fuck", and then you forget about it while we all move to the next random "what the fuck" moment.  If you removed any of them from the film, it wouldn't change the movie at all.
Despite all of this, it's an enjoyable ride.  It looks like a million bucks, the music is fantastic, and the individual performances are very good.  I wouldn't call it a good movie, but it's original and that's something of an outlier in an era that has produced a seemingly endless parade of remakes, reboots, sequels, requels and comic book adaptations.  It's exactly the type of film that ends up being catnip to the red carpet sniffers out there who will invent their own deep meaning to the randomness.  For the rest of us, it's worth watching once and saying "what the fuck" a few dozen times before moving on to something else.