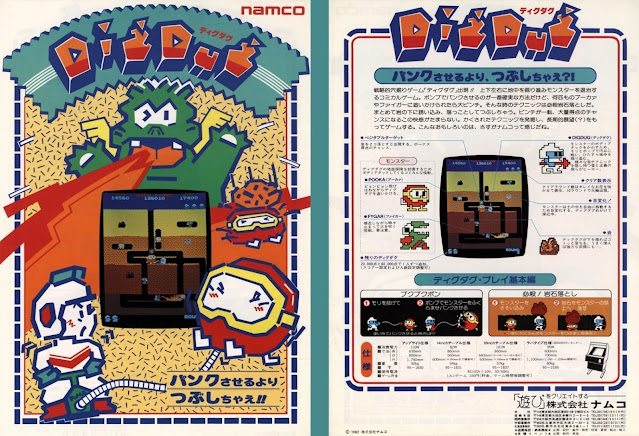 Dig Dug
Namco (1982)
After spending its first few months exclusively in Japan, the Namco classic Dig Dug was introduced to arcades throughout the United States and Europe forty years ago this month. 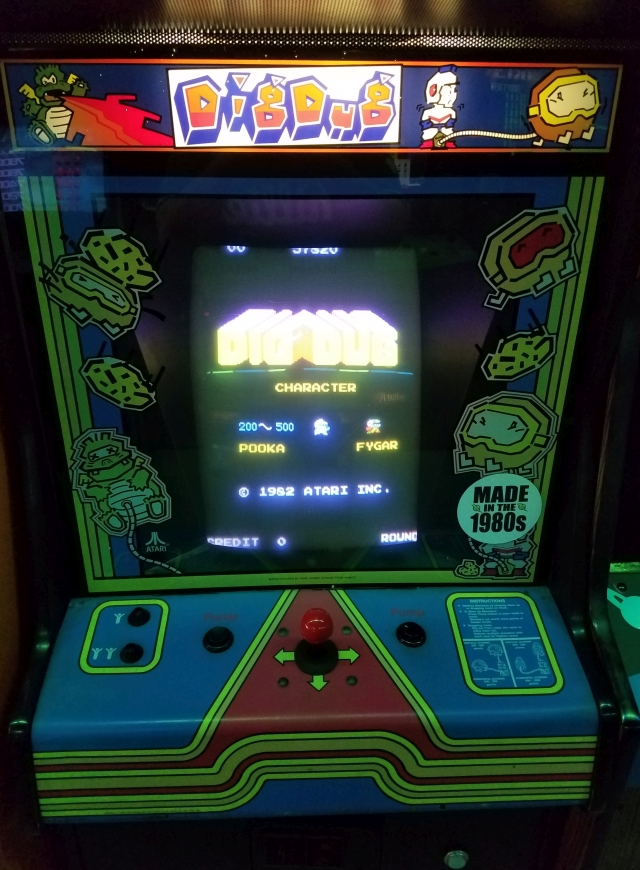 I've always felt that you were playing as the villain in this game.  There are little Pookas and Fygars living underground and minding their own business until you come along and invade their home.  Then, one at a time, you wipe them out by shooting them with a bicycle pump and inflating them until they explode.  Then to make matters worse, the little creatures try to reach the surface and run away, forcing you to chase after them and kill them while they're attempting to flee.  If that doesn't make you the bad guy in this game, what would?