Joanne Has A Big Mouth 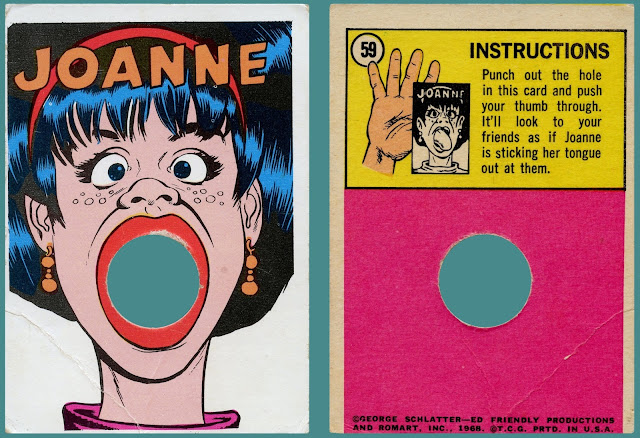 Joanne Worley
Laugh-In - Topps Card #59 (1968)
I've been spending a lot more time with my dad since he retired.  We usually just sit in the kitchen and drink a few beers, listen to some tunes, and talk about the Phillies.  We often end up talking about old times, and once in a while, either he or I will say something that sparks a memory that we haven't thought of in years.  My dad tends to forget what stories he tells, so I end up hearing the same ones many times, but he mentioned one about a month ago that he hadn't told me before, and it was about this trading card. 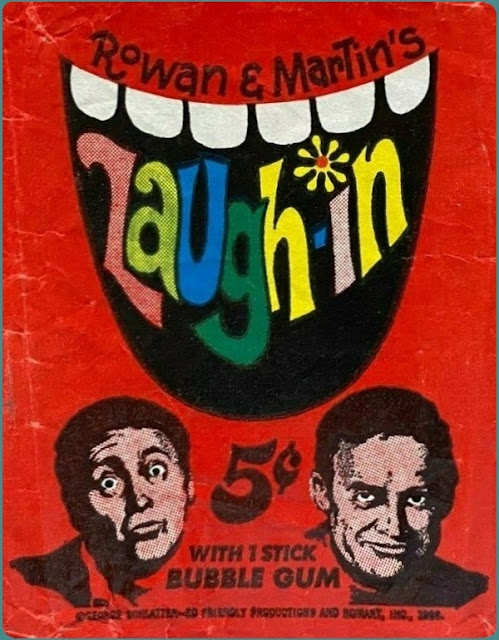 My dad collected baseball cards when he was a kid, but sometimes he'd get a pack of whatever novelty cards were on store shelves.  One such set of cards was released by Topps in 1968 during the first season of a weekly sketch comedy television series that was sort of a 60's prototype to what Saturday Night Live would become: Rowan & Martin's Laugh-In.
One of the cards that he got in this pack was a caricature of actress and comedian Joanne Worley.  The card had a perforated circle in the middle that was meant to be punched out, which would allow you to stick your thumb in the hole to make it look like Worley's tongue. 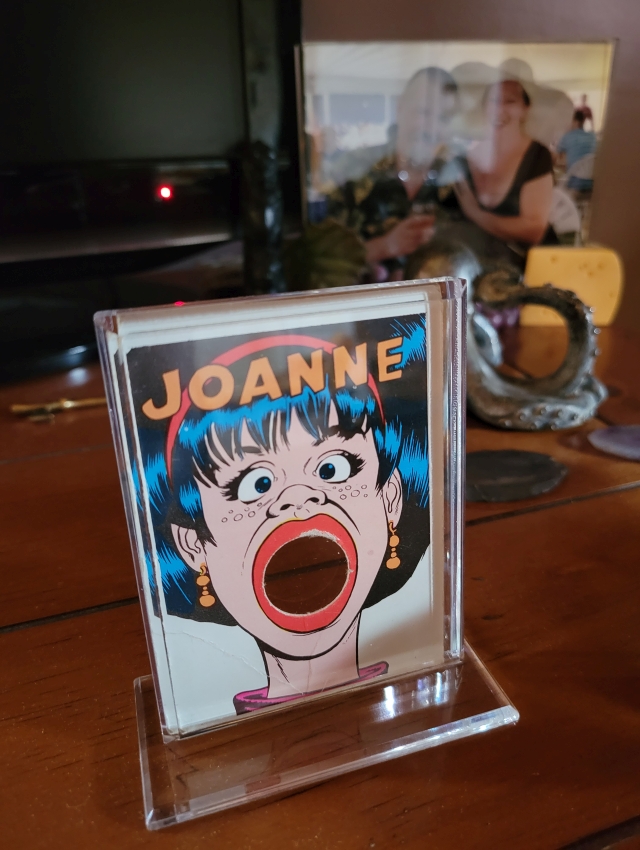 Dad mentioned this card to me because he said that when he showed it to his father (my grandfather), it was the hardest that he ever saw him laugh.  You see... my grandmother's name is Joanne, and she was a very loud and opinionated person.  She also had short black hair, so this card could just as easily have served as a caricature of her.  So, a few minutes after hearing this story, I excused myself to the bathroom and found one for sale on eBay, along with a stand-up frame from Amazon.
His reaction when I gave it to him this weekend was everything that I hoped it would be. 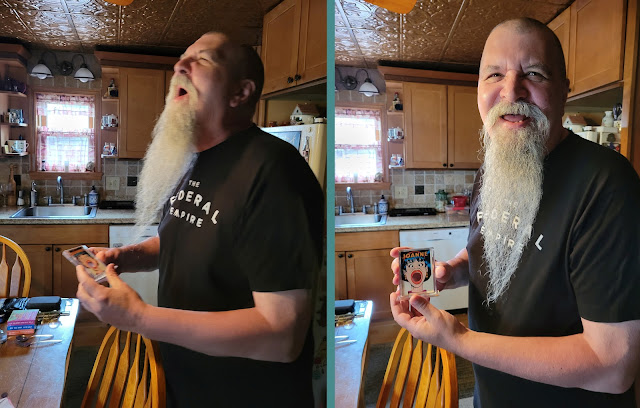