We’re Racing Toward The Extinction Of Our Species 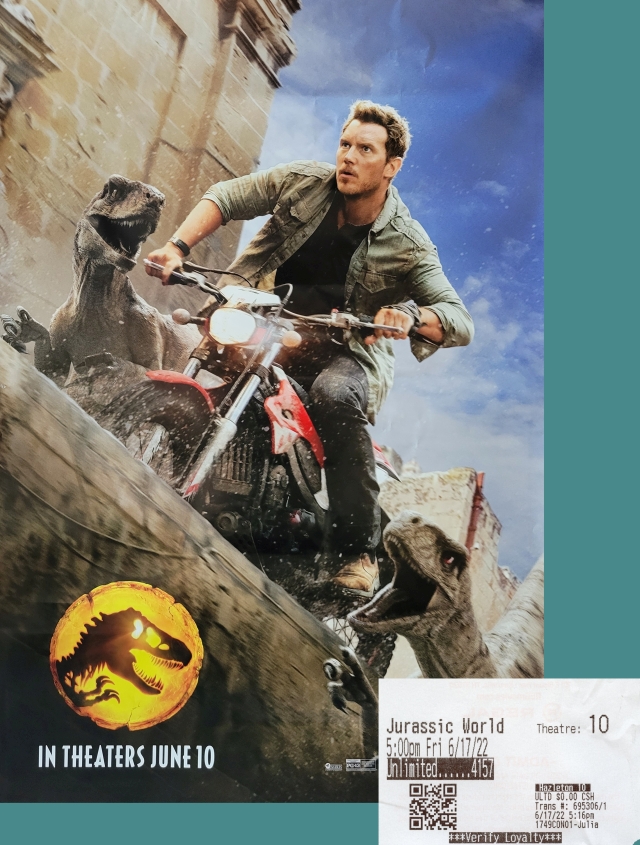 Jurassic World: Dominion
Universal Pictures (2022)
The first Jurassic Park was one of my favorite movies of the 90's, but I wasn't too crazy about the second or third movie.  They've grown on me over time, but they're a pretty big step down from the epic film that started it all.
Fourteen years after Jurassic Park III was released, the Jurassic World trilogy began.  We saw the first one at the Laurel Drive-In back in 2015, and while I thought the concept of the Indominus Rex was silly and unnecessary to the plot, it was an enjoyable movie... not as good as the first, but I enjoyed it more fun than the second or third.
Jurassic World: Fallen Kingdom hit theaters four years ago and although I liked it, I thought that the twist about Maisie Lockwood at the end was just plain ridiculous, and it set my expectations for Jurassic World: Dominion.  Instead of going into this movie hoping for a somewhat serious action sci-fi story, I came in with the expectation that I was going to see a campy monster movie like Son Of Godzilla. 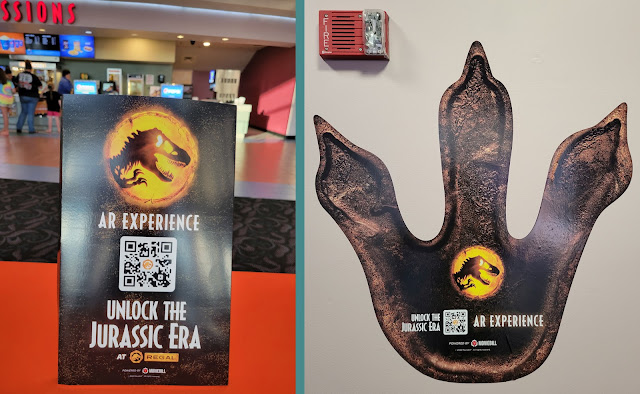 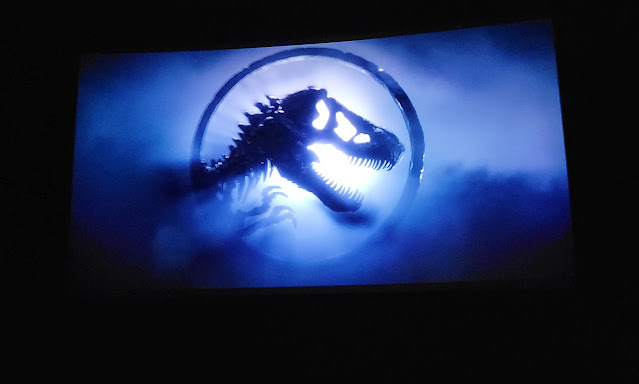 I'm both surprised and happy to say that Jurassic World: Dominion wasn't a silly flick.  In fact, it told a story that salvaged the Maisie Lockwood character ark and merged the cast of Jurassic Park and Jurassic World in a way that was very satisfying.  I think it's the best movie of the Jurassic World trilogy, and a fitting end to the Jurassic Park universe.  Don't skip out on the opportunity to see this in theaters because it's the kind of movie that a cell phone screen or living room television just can't do proper justice to.