Is Shudder Preserving Drive-In Culture Or Competing With It? 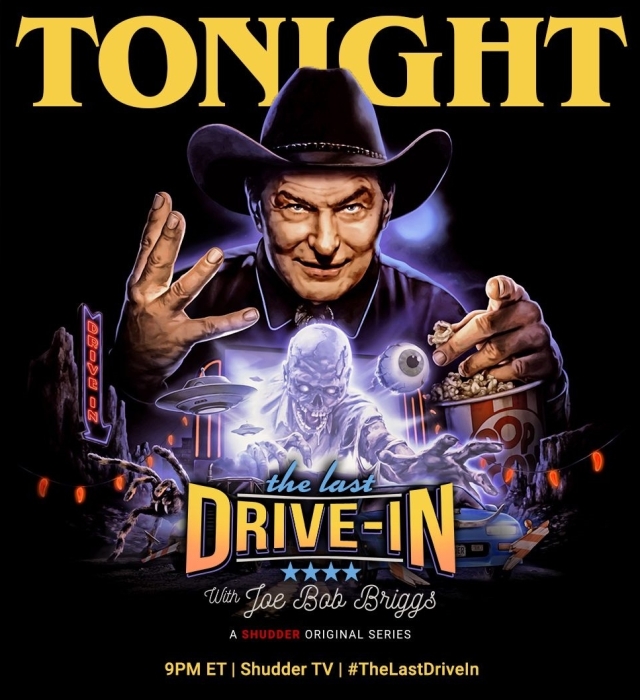 The Last Drive-In
Shudder (2022)
There's only a few more weeks left in Season 4 of The Last Drive-In with Joe Bob Briggs.  I haven't kept up with the show too much in 2022, but it's not because I've lost interest.  Shudder decided to start their fourth season on Opening Day at the Mahoning Drive-In.  If the choice is between going out to the drive-in or sitting at home watching tv that I can stream at any time, the Mahoning is going to win that battle every time.
I can't help but to wonder why The Last Drive-In has to have their season run through the summer when they would be in direct competition with the few remaining drive-in theaters that are still in operation throughout the country.  Would it have been too much trouble for Shudder to begin airing new episodes The Last Drive-In in the fall and have the season carry through the winter and end in the spring?  It seems like it would be a pretty easy decision to make.  It would allow the show to preserve the drive-in culture instead of competing head-to-head with it, and would likely result in more folks seeking out their closest drive-in on a warm summer night.  I expect it would also result in higher numbers of folks who watch the show on its initial airing.  The MutantFam who spend their summer nights at their local drive-in theater (presumably the core audience of The Last Drive-In) are more likely to be home in the winter months to tune in.  Seems like a win/win scenario to me.
As it stands, I'm hoping to catch up on the Season 4 episodes of The Last Drive-In this November and December after the Mahoning has closed for the season - that is if Shudder hasn't lost the rights to the movies before then.