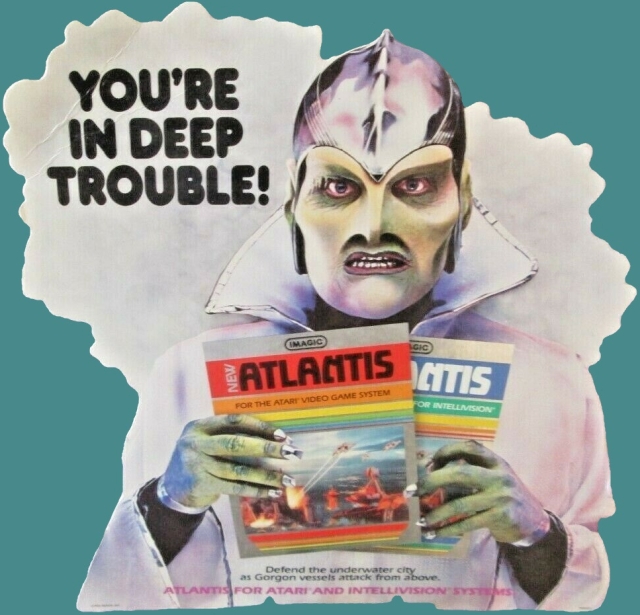 Atlantis
Imagic (1982)
A true classic from the early days of console gaming is turning 40 years old this month. 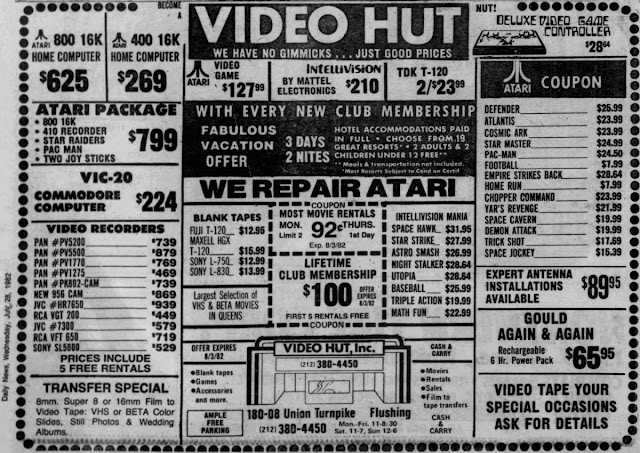 Atlantis was released in July 1982 for several consoles, but the version I had was for the Atari 2600.  It was inspired by a Taito arcade cabinet called Colony 7 which had been released in the previous year. The game went on to sell over two million copies and was the second highest selling game that was ever developed and produced by Imagic, with the immensely popular Demon Attack being their only title that was more successful. 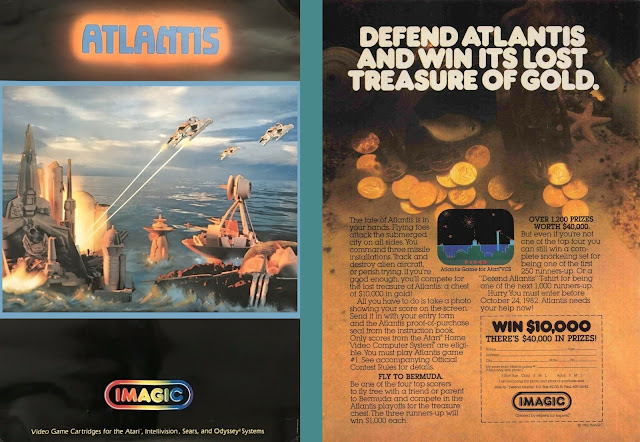 There were two different sequels produced for Atlantis.  Its direct sequel, Atlantis II, was not released in stores.  The only way that gamers could receive a copy is if they participated in the Destination Atlantis contest by mailing in a photograph of the tv screen displaying your high score.  As a result, very few copies were produced and even fewer have survived to the present day.  Atlantis II is considered a holy grail among collectors, with copies rarely coming up for sale and fetching a high price when they do. 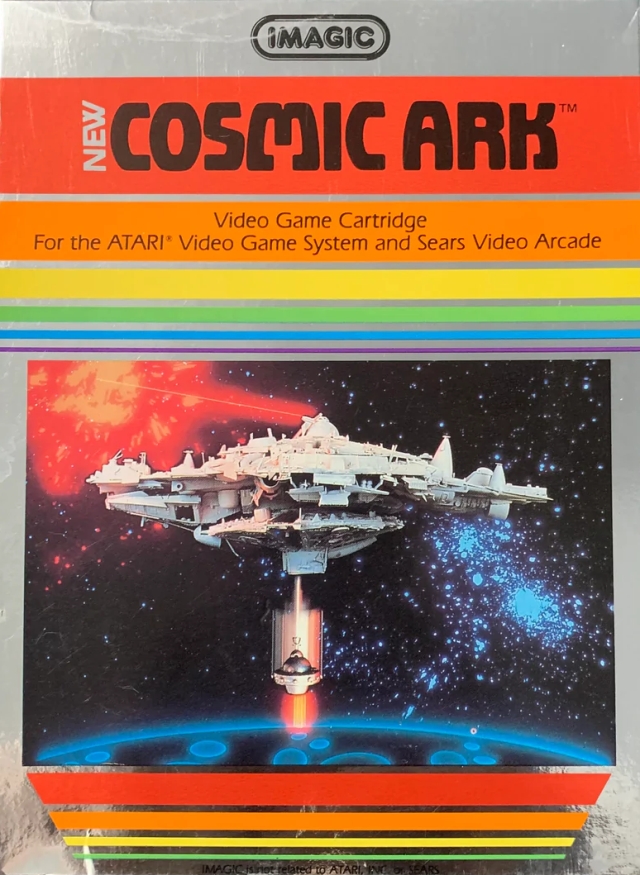 The other sequel to Atlantis is called Cosmic Ark.  It was released later in 1982 and is a direct continuation of the story that is being told in the first game.
Like Missile Command, Atlantis is a game that does not have a happy ending.  The object is to use your three cannons to destroy an army of invading Gorgon spaceships who are attempting to destroy the underwater city.  The enemy ships become progressively faster and harder to shoot as the game progresses, and they will eventually succeed in destroying your city.  You cannot win - you can only survive for as long as you can and try to achieve the high score.  When the last part of your city is destroyed, a scene is shown of a small spaceship fleeing the planet.  That spaceship is you, and its escape with the last remaining survivors from Atlantis is where the story of Cosmic Ark begins.