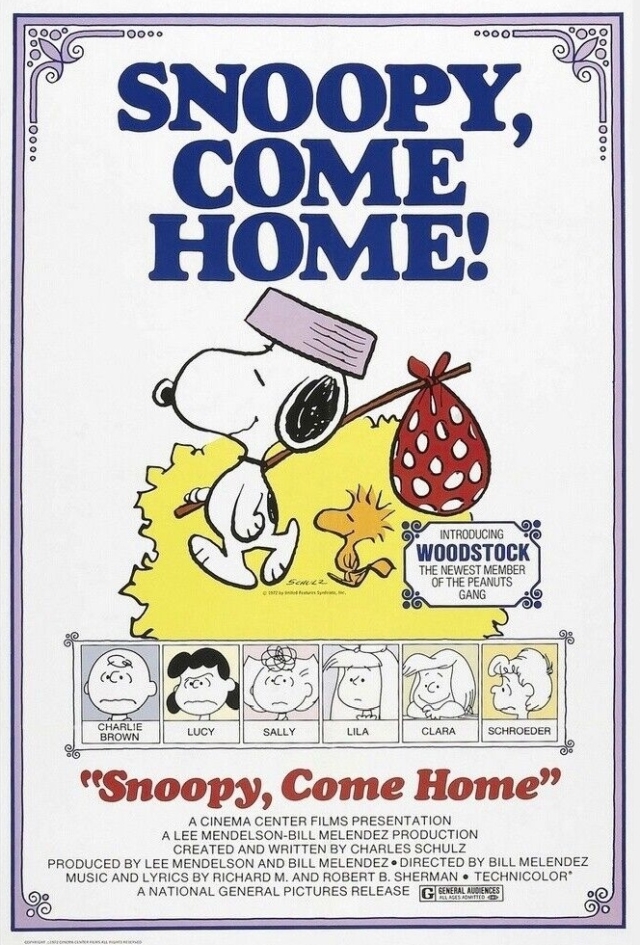 Snoopy Come Home
National General Pictures (1972)
The second film based on the Peanuts comic strip was released to theaters nationwide 50 years ago today.  Snoopy Come Home was written by the great Charles Schulz and directed by Bill Melendez.  It was critically acclaimed at the time of its release and has gone on to be a beloved classic.  However, the film did poorly at the box office, earning less than a quarter of its estimated one million dollar budget.
There's a lot of Peanuts cartoons out there, so it's entirely possible that you might not remember if you've ever watched this before, but if you found yourself slowly singing the title of this post in the deep voice of Thurl Ravenscroft, it's a pretty safe bet that you've seen this movie.  If you want to see it on its 50th birthday, you can do so on Amazon Prime.