Hushpuppy Breaded Fish Strips
Arby's (2022)
Since the Long John Silver's in my hometown closed earlier this year, there aren't too many fast food options for fish and seafood in the area.  I've been keeping an eye open for something that could serve as a supplement to our Christmas Eve dinner this year.  It's not going to be the Hushpuppy Breaded Fish Strips from Arby's, but that's not a knock on the quality of the product.  They're very tasty, and the price wasn't too bad (at least by 2022 standards), but they're advertised as being available for a limited time, so I'm guessing that they won't be available by the end of the year.

These photos make the fish strips look smaller than they are.  They aren't massive, but I'd guess that each one is about 80% of the size of a plank of fish from Long John's, and I believe the size of the actual fish inside of the breading may be even closer to being equal because the hush puppy breading on these isn't as "fluffy" (for lack of a better word) as the breading that Long John's used.
Speaking of the hush puppy breading, I thought it was very tasty.  It didn't really remind me of a hush puppy, but since my experience with hush puppies has been pretty much limited to Long John's and the shoes that my parents used to make me wear when I was a kid, I'm probably not the most qualified person to weigh in on what a real hush puppy tastes like. 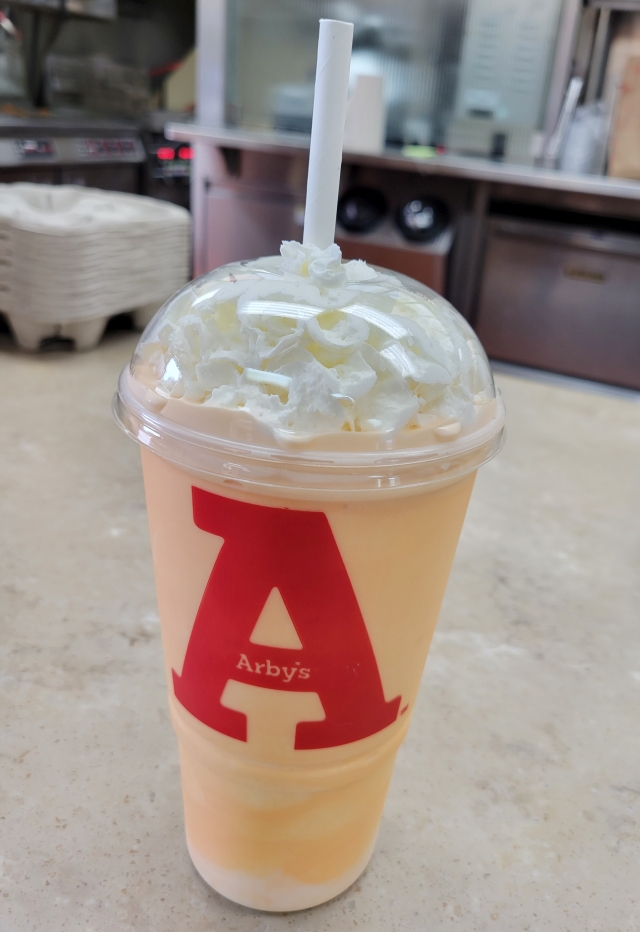 We also tried their limited edition Orange Cream Shake, which was one of the tastiest fast food milkshakes I've ever had.  The Creamsicle-like flavor is perfect on a hot summer day - especially for a summer that has broken all kinds of records for heat without too much wind or rain to help cool us off.