They Never Taught Us What Was Real 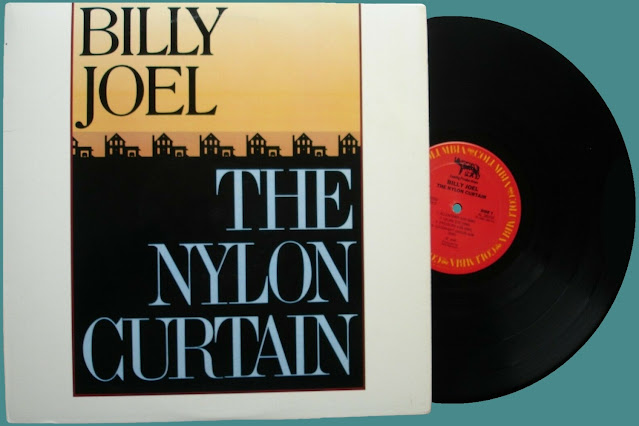 The Nylon Curtain
Billy Joel (1982)
The eighth studio album from Billy Joel is turning 40 years old today.  It sold over two million copies and was an Album Of The Year nominee at the 25th Annual Grammy Awards in 1983.
This is an album that I've never owned or listened to all the way through, but it includes two songs that I am very familiar with.  One of these is a song called Pressure, which is one of my favorite Billy Joel songs and one of my favorite songs from the decade overall.  The other song that I know is the very first song on the record, and it's the reason that I'm writing about this album.  The single spent six weeks in the #17 spot in the Billboard Hot 100, and it's a song that is very familiar to just about everyone who has grown up in Eastern Pennsylvania.  It's called Allentown.

It occurred to me as I write this that a lot of songs about my home state are pretty depressing.  We've got Harry Chapin singing about a truck driver getting killed in Scranton while he was delivering 30,000 Pounds Of Bananas.  The soundtrack to the movie Philadelphia has not one, but two extremely sad songs about The City of Brotherly Love: one by Neil Young and the other by Bruce Springsteen.  Even Philadelphia's beloved legends Hall & Oates dragged their city through the mud in Fall In Philadelphia.  It seems that unless it's a polka, if you are listening to a song about Pennsylvania, there's a pretty good chance that the lyrics aren't going to be especially upbeat.
Allentown is no exception to this.  In fact, it's probably the definitive song about the hopelessness and depression that can come from growing up in The Keystone State.  The part about the graduations hung on the wall not helping us at all, and our chances of getting as far in life as our father's got hit especially hard for Gen-Xers like myself.  I'd imagine that it hits even harder for Millennials and Zoomers who have inherited a world where the things that could be achieved on a single non-college graduate income for their parents and grandparents now seem out of reach even with two people working two jobs.