Surely You Can't Be Serious 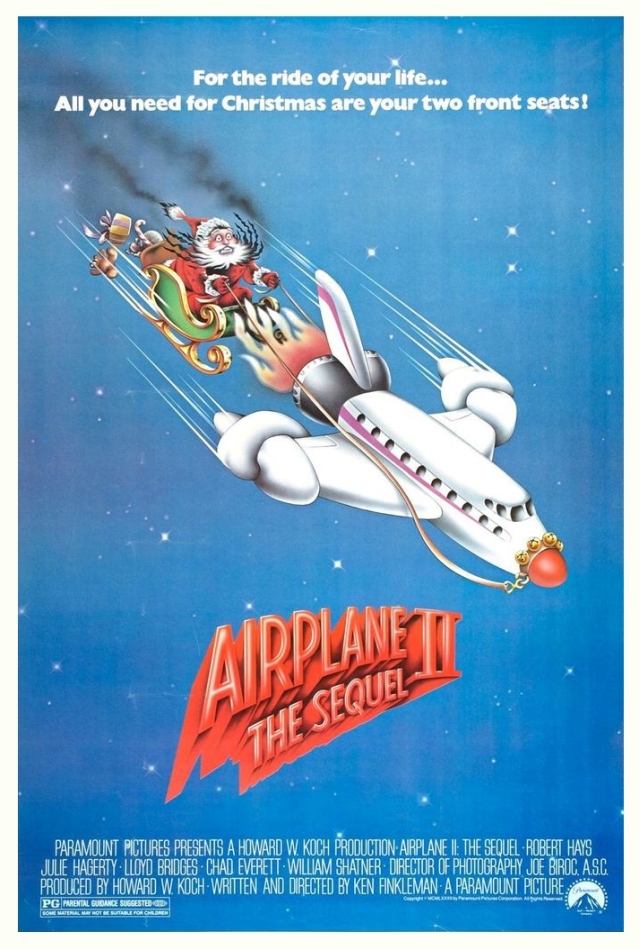 Airplane II: The Sequel
Paramount Pictures (1982)
Whenever the conversation comes up of the worst movie of all time, two films immediately spring to my mind: Caddyshack II and Airplane II.  There's no movie that I can think of that I dislike more than the Caddyshack sequel, but whereas that movie at least has a good theme song (Nobody's Fool by Kenny Loggins), Airplane II has no redeeming qualities whatsoever.  It tries for the same gags as the first film, but this time in a space shuttle instead of an airplane.  In some cases, they literally tell the exact same jokes by playing segments from the first Airplane movie as flashbacks in Airplane II.  I've tried rewatching it in recent years and I can't even say that it can be enjoyed as a movie that's "so bad it's good".  It's just terrible in every way.
Having said all that, Airplane II is turning 40 years old today, so if you want to torture yourself with this flick this weekend, you can at least do so with a slice of birthday cake.