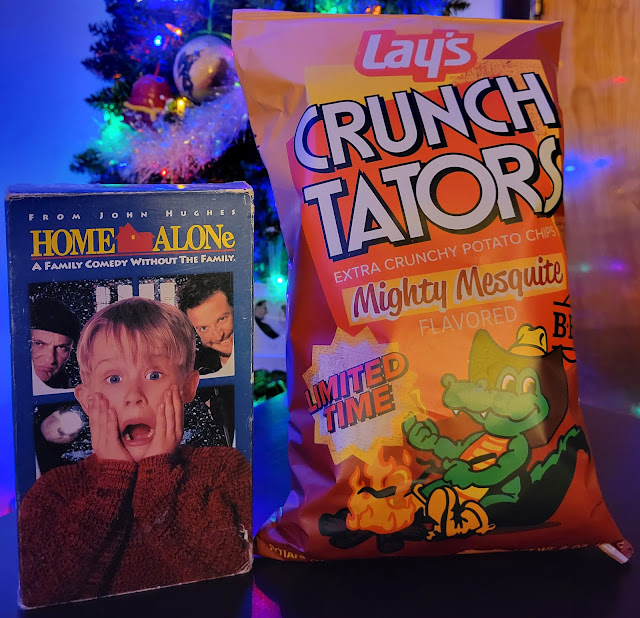 Crunch Tators
Frito Lay (2022)
These chips were originally sold in the late 80's and early 90's.  I'm sure I probably tried them or at least saw them in the grocery store, but I don't remember the chips themselves.  I only remember seeing them in the background of a holiday classic. 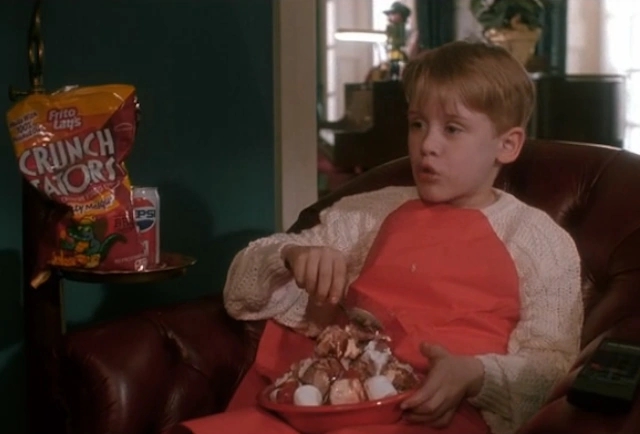 There they are standing proud and tall in Home Alone a side table next to a can of Pepsi while Kevin McCallister eats a massive ice cream sundae while watching Angels With Filthy Souls.  This is product placement at its most blatant and unashamed.  Frito Lay must not have gotten too much bang for their buck because Crunch Tators ended up being discontinued not too long after this movie was in theaters, but they'll always live on in cinematic history... and for the occasional limited edition re-release. 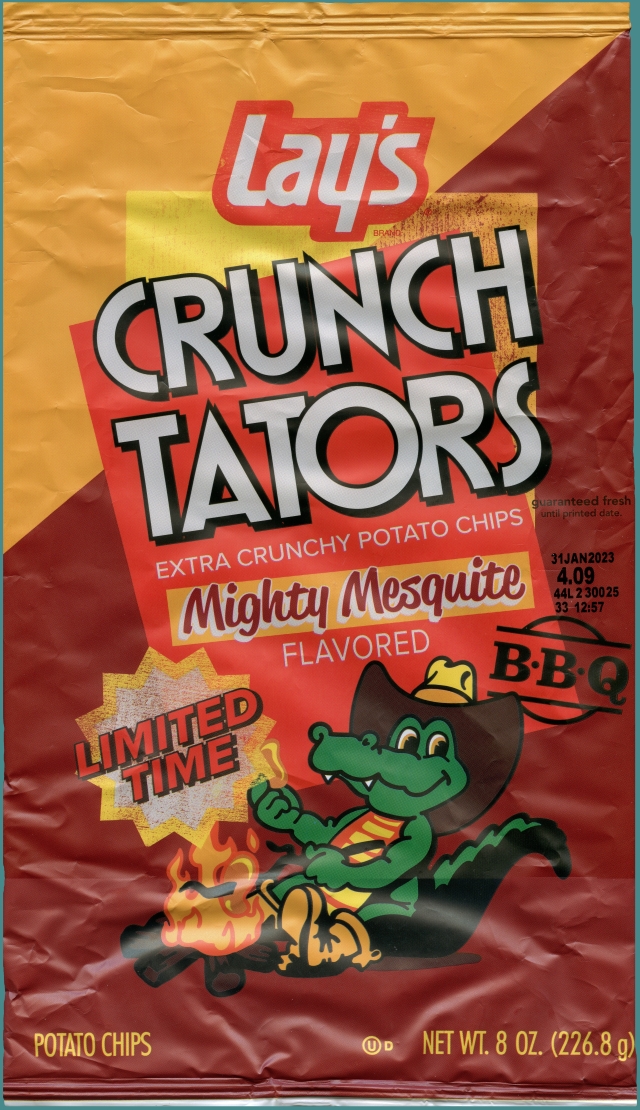 This limited edition re-release may be exclusive to Dollar General.  I can' say that for sure, but it's the only store that I was able to find them, and the only store that I've ever seen anyone else say that they've found them.  The only flavor they had were the Mighty Mesquite BBQ, which feature this happy little alligator (or is it a crocodile?) wearing a hat and boots while grilling a chip over a campfire.  Just looking at this thing reminds me of the puffy stickers that I used to stick all over the place when I was a kid.  It looks pretty close to the way the bag looked in Home Alone.
So... what are Crunch Tators? 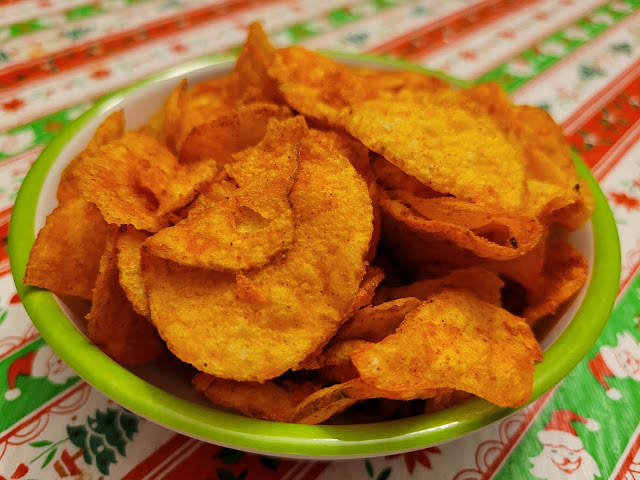 They're just potato chips  They're a little thicker and crunchier than they average chip, but they're not too dissimilar from most of the chips that I've eaten in my life.  I doubt that too many people could identify them in a blind taste test from any other brand's version of the same flavor.  Don't get me wrong.. they're very tasty, but unlike some of the other discontinued products that I remember from my childhood, like Pizzarias or Tato Skins, there's just not enough about these that make them stand out from the pack.
Still, if you want to have a fun Home Alone movie night this holiday season, they go pretty well with a can of Pepsi and a lovely cheese pizza.  Bon appétit, ya filthy animal!