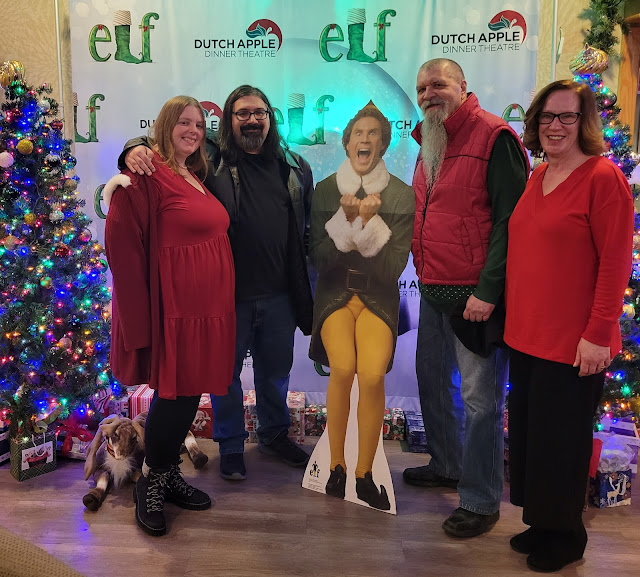 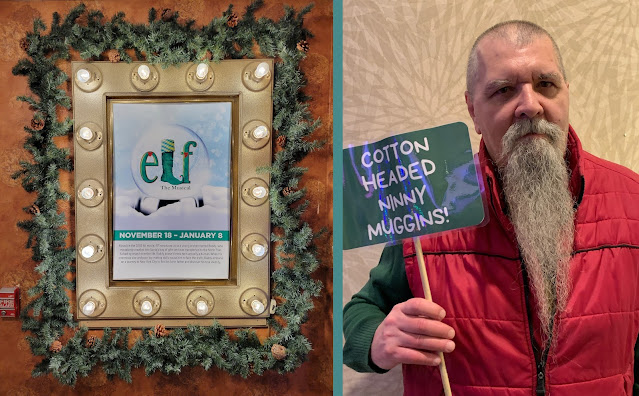 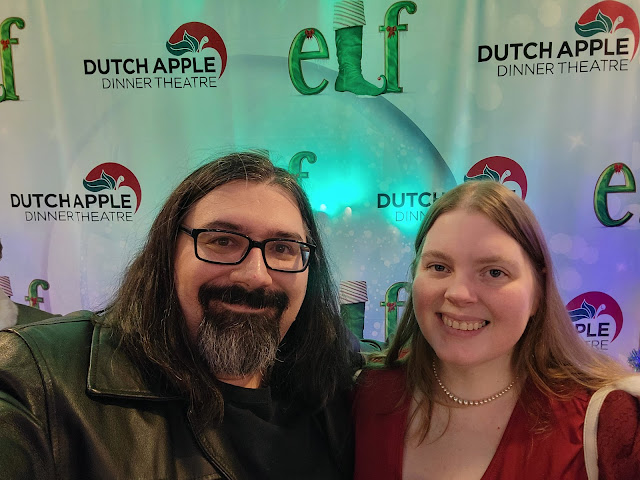 There was a photo op set up in the lobby complete with signs that you could hold up.  That's my dad with the Cotton Headed Ninny Muggins one. 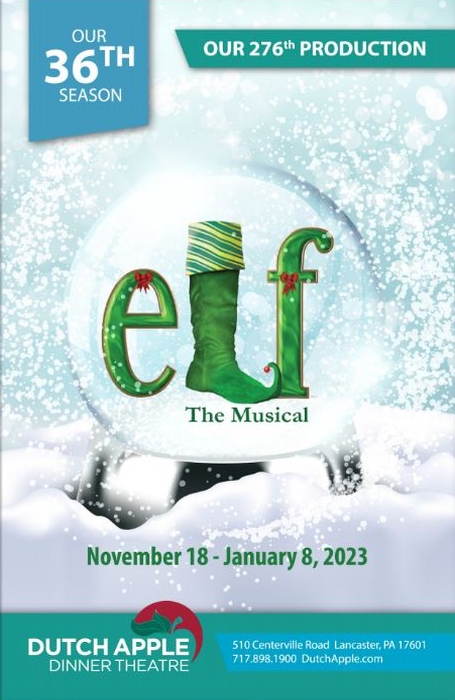 The story in the musical version of Elf has a few minor changes from the movie, but it follows closely to the plot of its source material.  There are a lot of laughs in the musical numbers, including Santa lamenting that he wishes that he were Jewish to escape all of the singing that the elves do at the North Pole, and Buddy referencing a new kind of "special hug" that he discovered when he and Jovie got married.  They did an excellent job with the show, as they have done every time we've been here since we first discovered the Dutch Apple back in the summer of 2009.  Everyone delivered a solid performance; particularly the actor who played Buddy The Elf.   Quite frankly, I think he did a better job in the role than Will Ferrell.
The food was also very good.  They have an all-you-can-eat buffet for a little over an hour before the show begins.  In addition to a full salad bar and a number of side dishes, the buffet included brown sugar honey ham, skirt steak topped with roasted red pepper pesto, apple cider glazed chicken, and spaghetti in tomato basil sauce.  The thing that I liked best though was the fish.  They had a garlic butter crumb cod on the buffet, and I skipped over the dessert table entirely just so I could have some more of it. 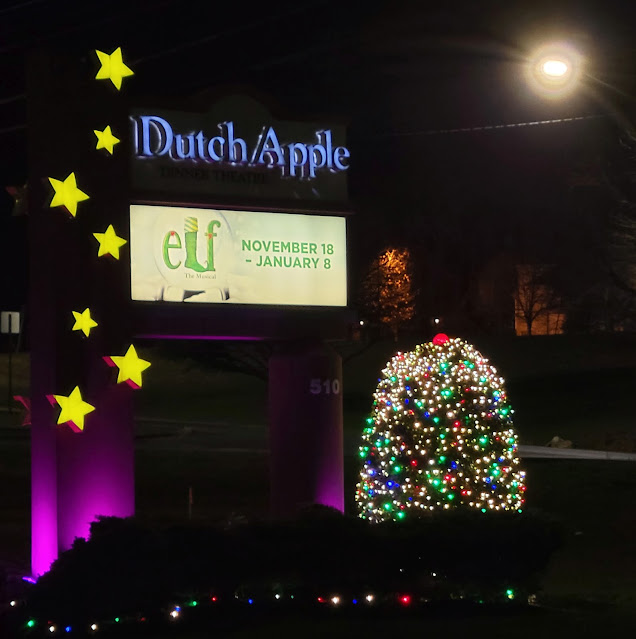 I'm very glad that we went to the show last night.  The roads were clear and it was smooth sailing on the way there and back.  That's not the case today.  It's been snowing pretty hard since I woke up this morning.  Dad and Trish stayed overnight at the hotel near the theater, and they're now stuck in traffic on the way home.  I just got off of the phone with them and they haven't moved in a half hour.  Hopefully they'll get home soon, safe and sound, but it's looking like we're in for one hell of a winter.