Colonel Pride On The Christmas Tree 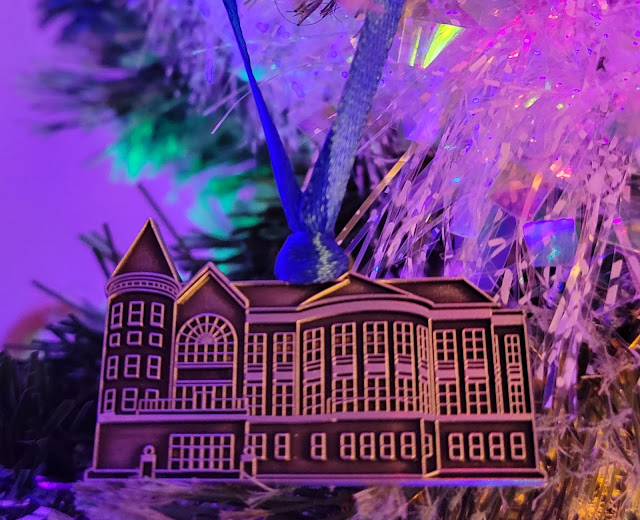 Henry Student Center Christmas Ornament
Wilkes University (2022)
The Christmas ornament from my alma mater this year is the Henry Student Center.  I've heard that they remodeled the place since I graduated, including the addition of a campus store called Colonel Corner.on the first floor, but I spent most of my time in this building at the dining hall on the third floor. 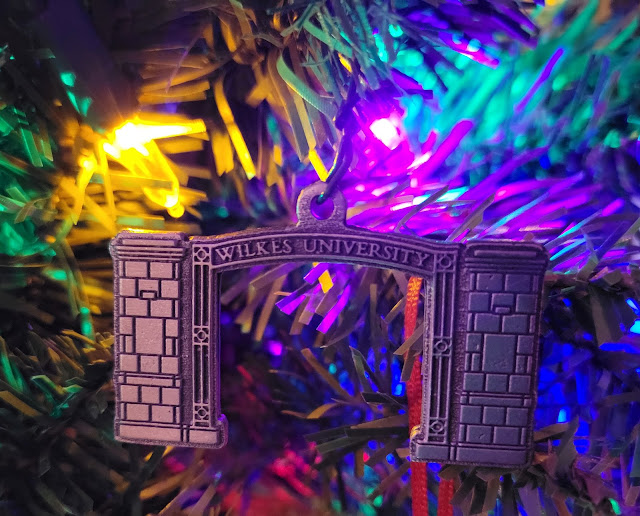 I forgot to order the ornament last year, but they had extras so I was able to snag one anyway.  This archway wasn't built until after I graduated, but I'm glad to see that it was put in.  It's on South Main Street across the street from the parking garage and next to a Starbucks on campus which used to be an Einstein Bros Bagels when I was in school.  I used to stop there every morning to refill my coffee... still miss their Tribeca Blend.