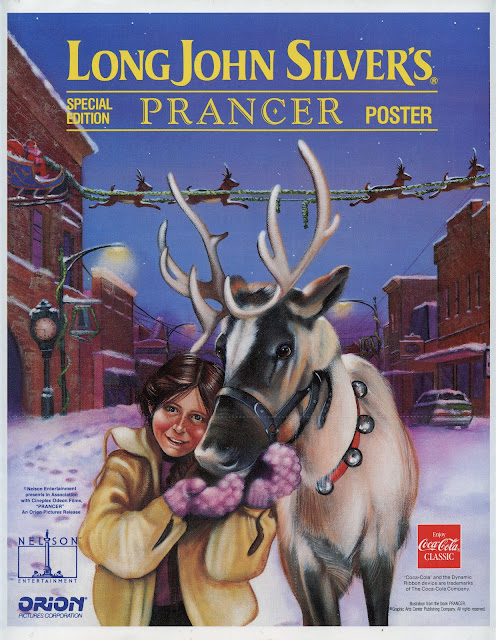 Prancer fold-out poster
Long John Silver's (1989)
Food from Long John Silver's has become synonymous with Christmas Eve in my world.  For most of the years that I lived in Pennsylvania while my grandparents were still alive, I spent Christmas Eve at their house and Long John's made up a big part of our Christmas Eve dinner.  It's a tradition that I've continued for most of the past ten years since my grandparents passed away.  The Long John Silver's in my hometown closed earlier this year and there's no other franchise within a reasonable driving distance, so its a tradition that will be coming to an end in 2022.
This poster that was given away at the restaurant in 1989 to promote the movie Prancer has become a souvenir of the happy memories with my family having dinner during the holidays. 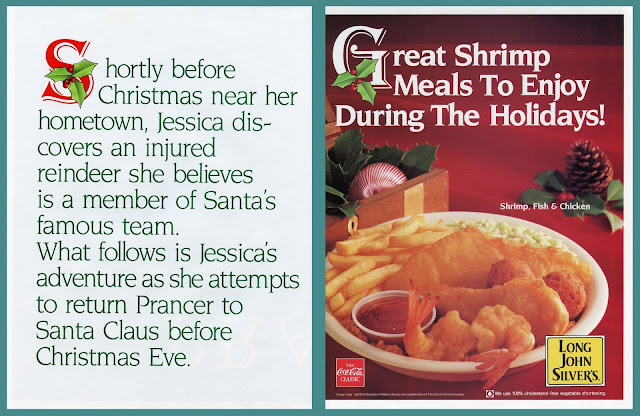 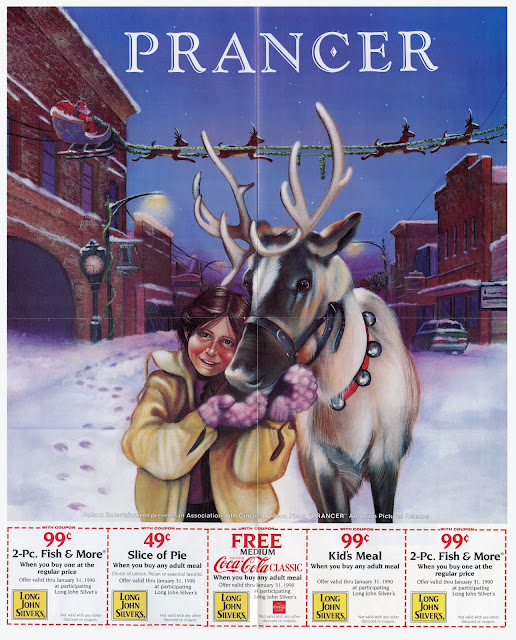 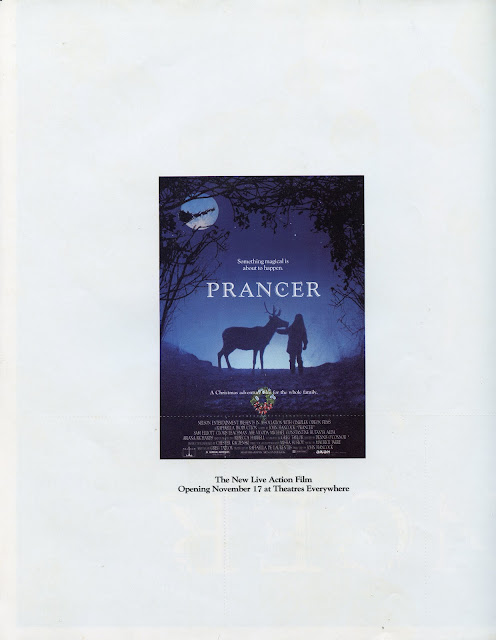 I'm pretty sure that I've never actually watched Prancer before.  Maybe I'll have to give it a shot this year.