No, I Am Not A Busy Beaver 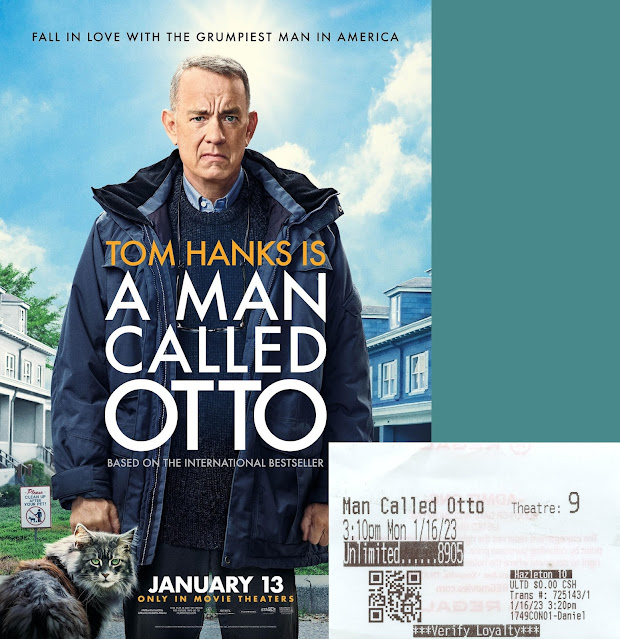 A Man Called Otto
Sony Pictures (2023)
We went to a second movie over the three day weekend, and I'm glad to say that not only was the movie much better, but there were no shooting at the theater this time.  A Man Called Otto was based on a Swedish novel called A Man Called Ove.  There was also a a Swedish film that was released in 2015 based on the book.  I hadn't heard of the novel or the 2015 film before, but I'm going to have to look into both of them because the American version is fantastic.
I'm not the kind of man who claims that he never cries.  In fact, there have been quite a few movies that bring a tear to my eye.  I still can't watch the end of Field Of Dreams without tearing up, and I've seen that flick at least two dozen times in my life.  However, I can't think of any other movie that has made me cry not once, not twice, not three times, but on six separate occasions.  It may be a cliche, but A Man Called Otto made me laugh and it made me cry.  This is Tom Hanks at his best.