Batman Gets His Dew At Applebee's 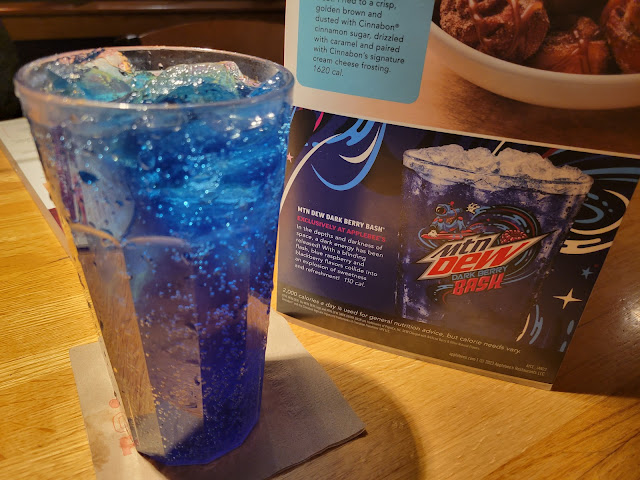 Mountain Dew: Dark Berry Bash
Applebee's (2023)
We stopped at Applebee's for a bite to eat on the way home from a movie earlier this month and I found that they have a flavor of Mountain Dew that is exclusive to the chain. 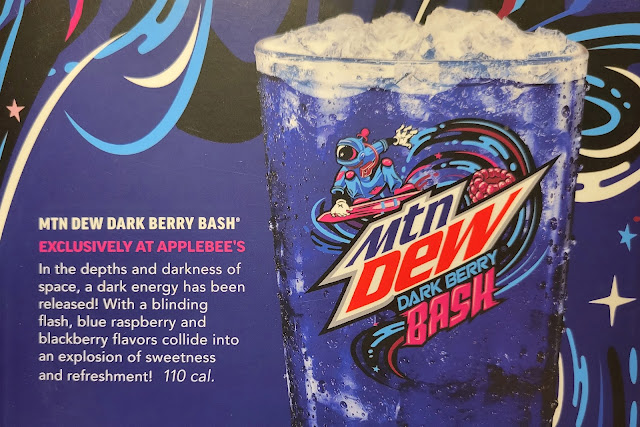 The menu described this flavor as a combination of blue raspberry and blackberry.  I can't say that I caught too much of the blackberry, but it definitely had a strong blue raspberry flavor.  It's something that I would definitely pick up if they ever come out with a Zero Sugar version of it in stores. 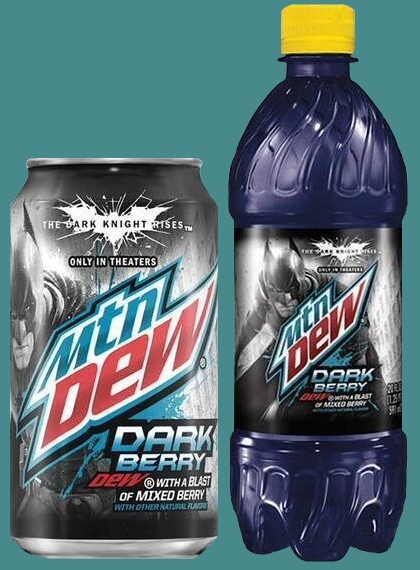 The flavor of Dark Berry Blast reminded me of the Mountain Dew Dark Berry flavor that was sold during the summer of 2012 as a part of a cross-promotion with the release of The Dark Knight Rises.  The 2012 package didn't specifically call out blue raspberry or blackberry, and it's been over ten years since I had it, but it wouldn't surprise me if they brought back the Batman formula the soda that's currently available at Applebee's.