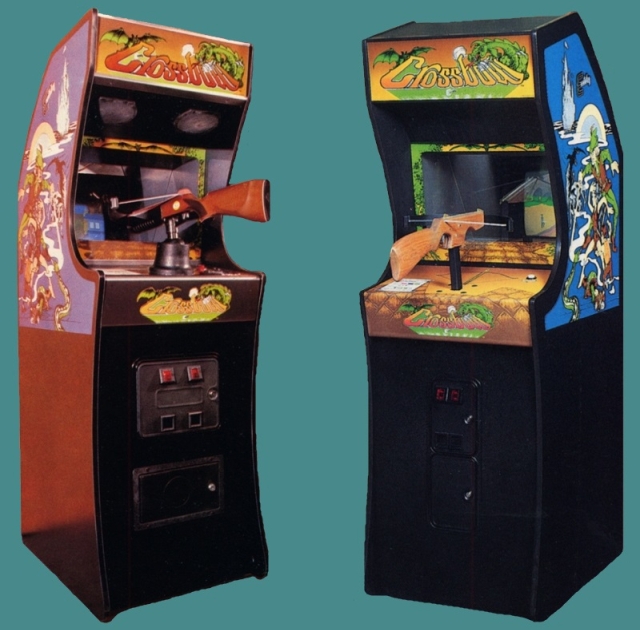 Crossbow
Exidy (1983)
One of my favorite games to play at Aladdin's Castle when I was a kid is a shooting game called Crossbow, which first appeared in arcades 40 years ago. 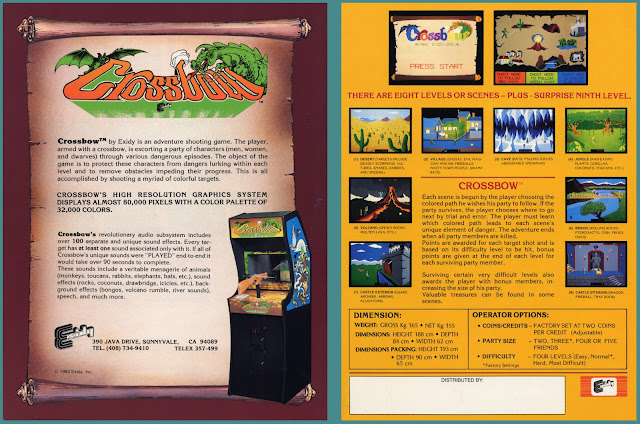 The controller of the game is a large crossbow-shaped light gun, and the object is to protect your friends who are on an adventure.  There are nine levels which include a desert, a haunted town, an ice cave, a jungle, an erupting volcano, a bridge, and several stages that take place at a castle.  The characters that you are protecting walk from the left hand side of each stage to the right.  While they are walking, various monsters, animals, bugs, fireballs, and other dangerous objects pop up in the level.  Some of these things appear only in the background or foreground and pose no risk to your friends, but some are creatures who will attack and kill your party.  You score points by shooting these enemies and objects, and you have to shoot the things that come after your friends to keep them from getting killed.  You also have to be careful not to shoot your friends.  If you do it once, you'll get a warning.  A second shot will cause them to cry out in pain and walk more slowly, which puts them in danger longer than necessary.  If you shoot them a third time, you'll kill them.
As you progress through the game, different characters will join your quest.  As long as at least one of them makes it all the way to the right hand side of the screen without getting killed, you'll progress to the next level.  When everyone is dead, the game is over. 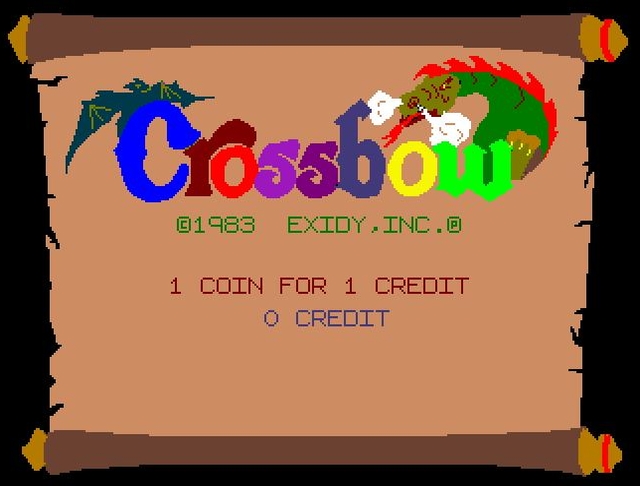 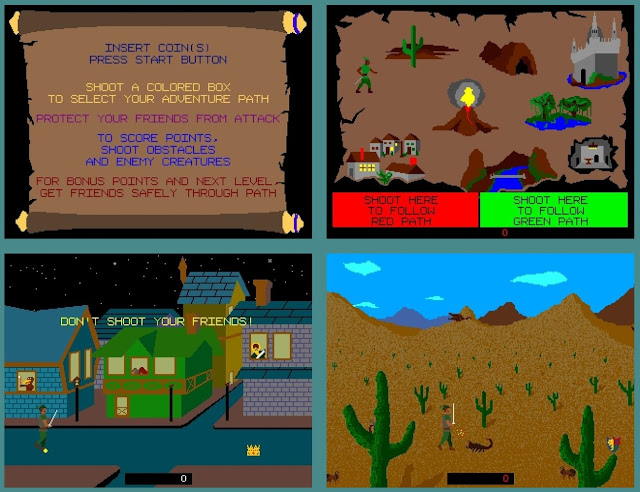 It's a pretty simple game by today's standards, but it was impressive for the early 80's.  It had a lot of different sound effects, including some synthesized speech which only a few games had at the time.  The only down side to this game is that it seemed to be out of order at my local arcade more often than most of the other games.  I don't know if the machine was fragile or if the Aladdin's Castle in my mall just had an older machine, but you had a 50/50 shot of the game being playable on any given day.
Although there were a few home ports of the game, none of them came close to looking or playing like the original arcade version.  However, like most 70's and 80's arcade games, it can be emulated in MAME.  The Internet Archive has it available on their site to play for free where you can use the mouse to guide your shot.  It's still a hell of a lot of fun to play all of these years later.  Click here to give it a shot.