The Birth Of The Internet 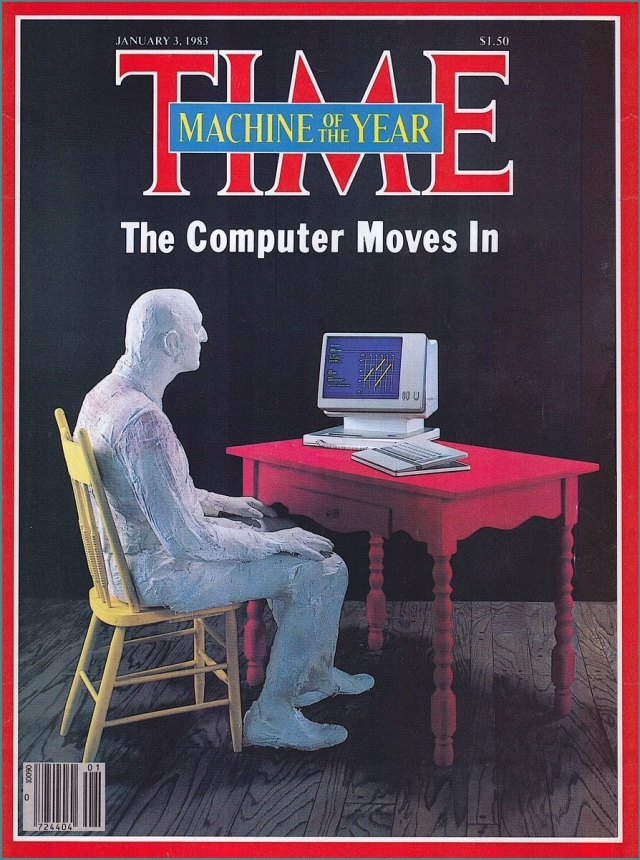 Time Magazine
Volume 121, No. 1 (January 3, 1983)
For the first time in the history of the publication, Time Magazine selected an intimate object as their Person Of The Year for 1982.  The article discussed the ways in which computers have changed the world and are expected to continue changing the world in the years ahead, but one part in particular hit the nail on the head.

The article goes on to talk about some of the ways that people have accessed a network of computers that communicate information to each other.  One of the biggest leaps forward took place on New Years Day 1983 when a standard way for computers to communicate with each other was adopted.  The TCP/IP protocol was established as a universal language to allow all computers on any type of network to share information, and the internet was born.