The Evil Clown Of Middletown 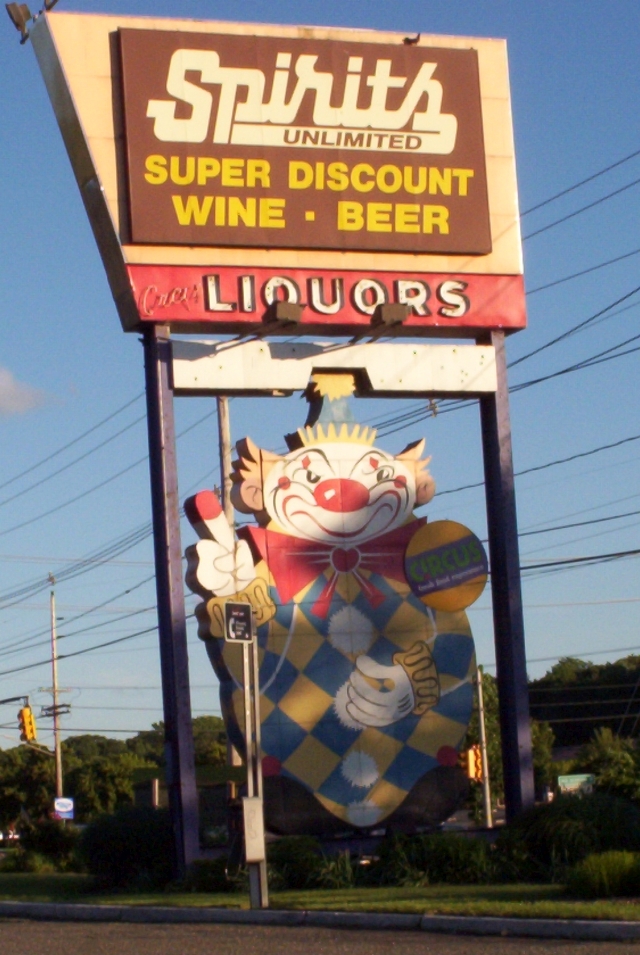 Calico - The Evil Clown Of Middletown
Circus Liquors - Middletown, NJ
We took a road trip through New Jersey last month.  It started with a visit to the Quick Stop and RST Video from Clerks, and Jay & Silent Bob's Secret Stash comic book shop.  After that, the rest of the trip was guided by the Weird New Jersey book.  One attraction from the book that we saw and photographed was not far from Quick Stop: The Evil Clown Of Middletown.

The 20+ foot tall clown has a name: Calico.  He began his life in 1956 as an advertisement for the Food Circus grocery store that was once in operation across from the parking lot that he has stood watch over for the past 50 years.  The store has since become Circus Liquors.

Although seeing the clown wasn't meant to be a part of the Kevin Smith Askewniverse pilgrimage, that's what it ended up being in retrospect.  Clerks 2 opened in theaters across the country last night, and I was happy to see Calico featured for a few seconds in the opening scene of Dante and Randal driving to work. 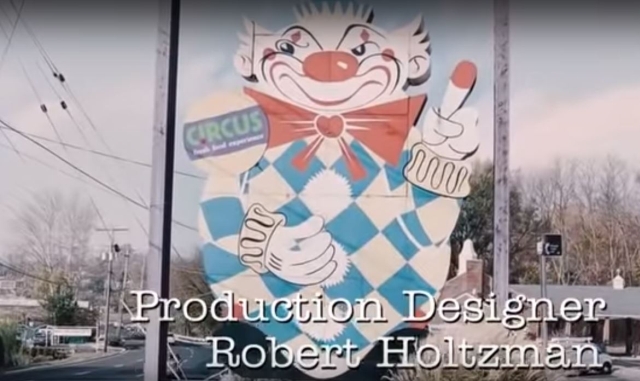