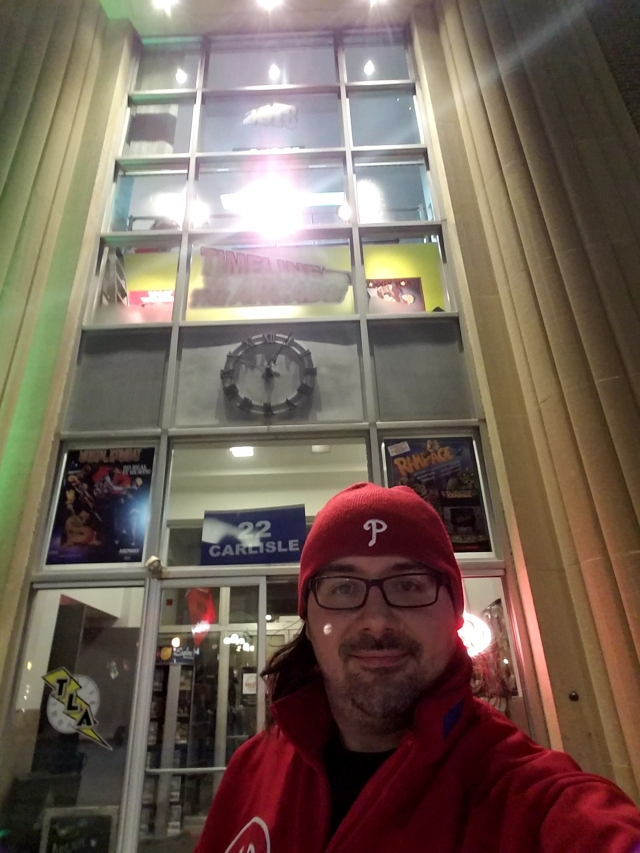 Pac-Man Drop
Timeline Arcade - Hanover, PA
This arcade has become one of my favorite places in the world to go since I first discovered it this past June, so when I learned that they were having a New Years party, complete with a Pac Man Drop to count down to 2018, I knew there was no place I'd rather be to ring in the new year. 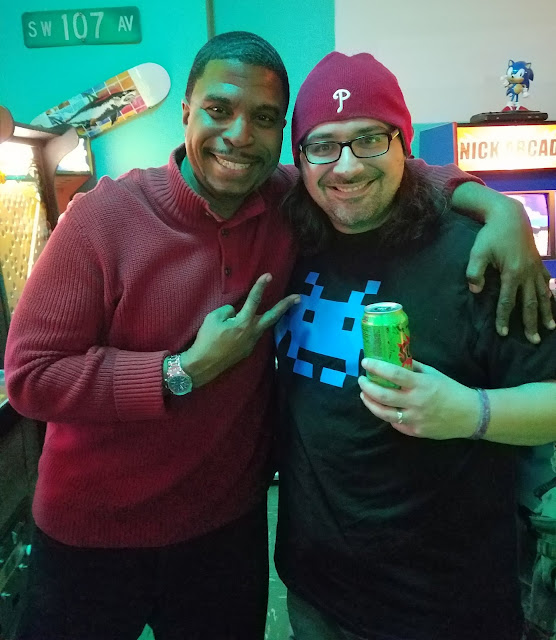 In September, I got to meet game designer Howard Scott Warshaw at the Timeline Arcade.  He was a very awesome and funny guy.  I didn't expect to meet another awesome gaming celebrity last night, but I was very happy to get to meet Nick Arcade host Phil Moore.  We talked for about an hour at the tables near the video screen, and he couldn't have been a nicer and more chill dude. 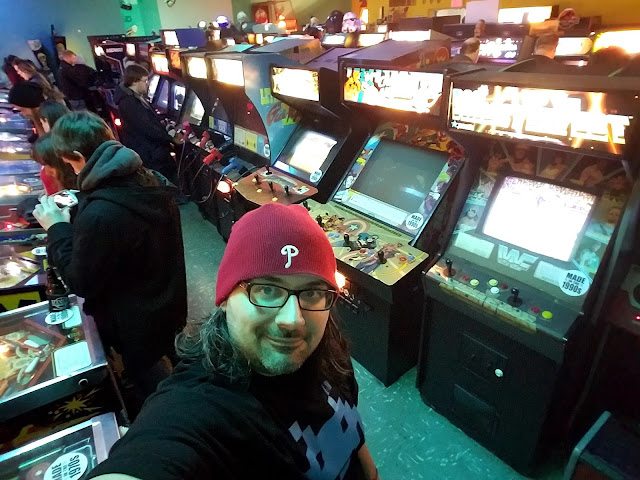 As much as I enjoyed hanging out with Mr. Moore, I was surrounded by games that were just begging to be played... 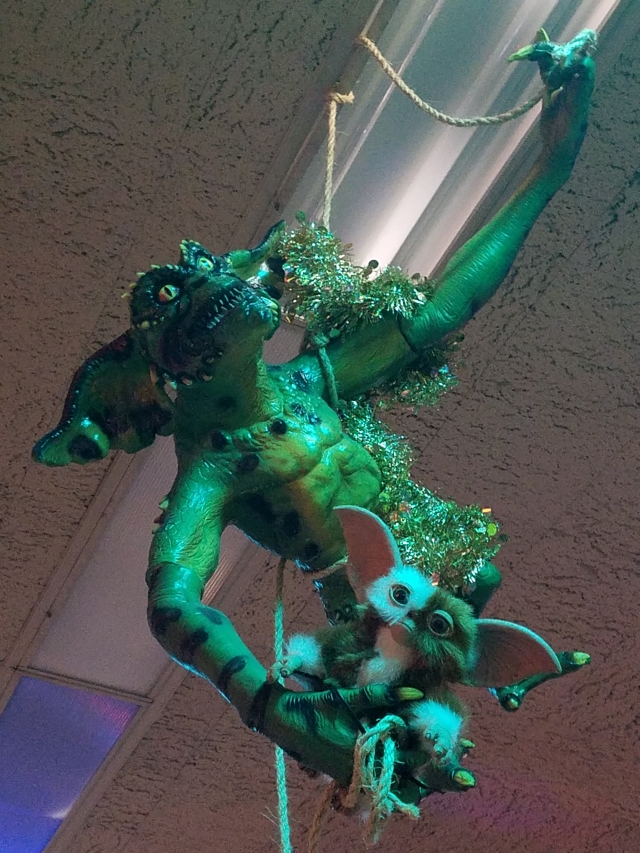 ...and they were being played under the watchful eye of poor little Gizmo as he lay in the hand of a tinsel-covered Gremlin. 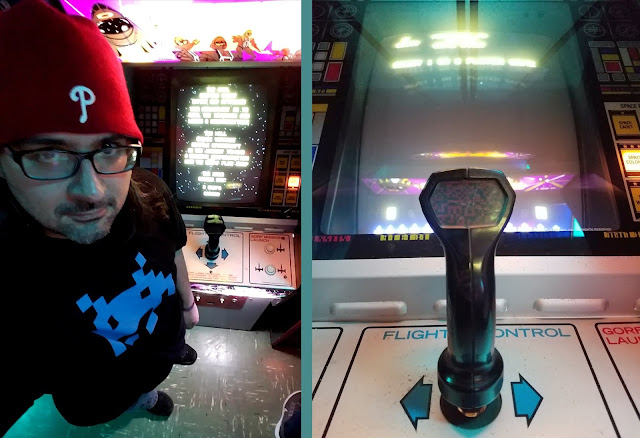 We played a lot of games and finished a few, including the classic Sega shooter The House Of The Dead, but the game that got the most play was my all-time favorite Golden Age Midway classic: Gorf.
As it got closer to midnight, everyone went outside and crossed the street to count down to 2018 as Pac Man dropped from the roof of the arcade to the streets of Hanover, Pennsylvania. 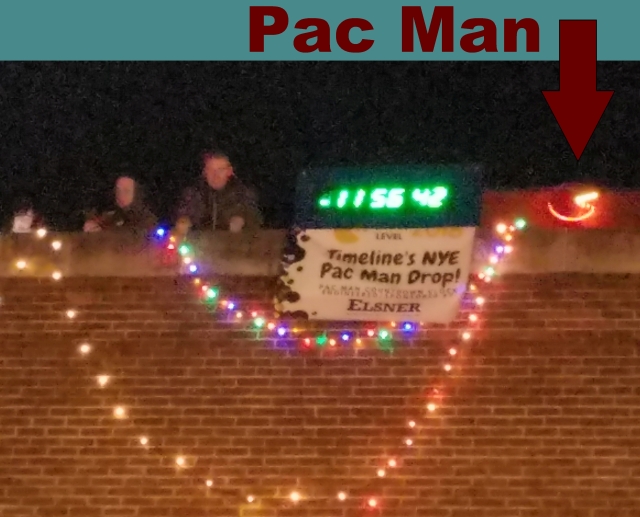 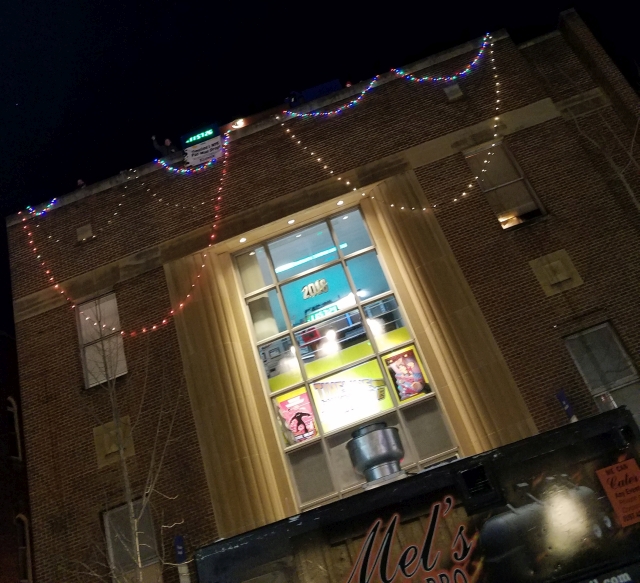