You Brought A Message And The Message Was Clear 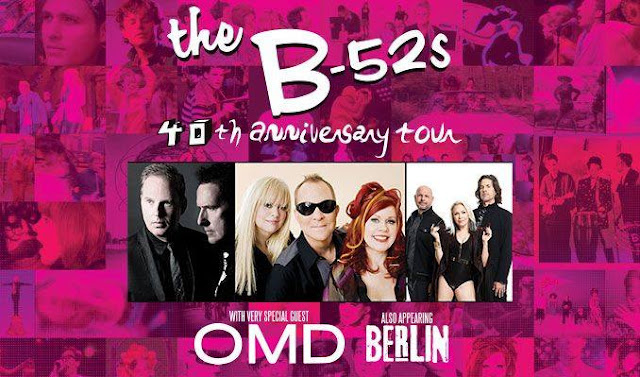 Berlin - Orchestral Manoeuvres In The Dark - The B-52's
40th Anniversary Tour
The Mann Center - Philadelphia, PA
I ordered tickets to this show as soon as I knew that they went on sale.  The chance to see three bands that I've listened to for literally my entire life was too good to pass up.  The 40th Anniversary Tour of Berlin, OMD and The B-52's did not disappoint. 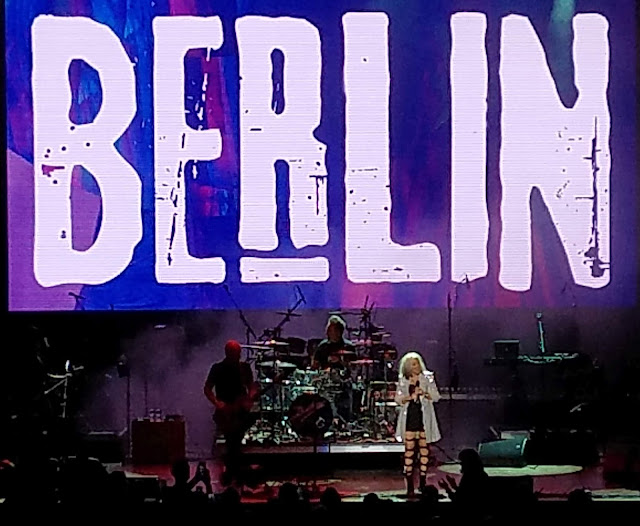 At the beginning of the show, lead singer Terri Nunn commented that she had last performed at Mann Music Center on a tour with Thompson Twins in 1984.  That must have been an amazing show, but I can't imagine that it was any better than this.  Terri is two years younger than my dad, but her voice sounds just as striking and powerful as it was the first time I heard "Take My Breath Away" when I was five years old.

Berlin began with No More Words and Metro - two of my favorite synthpop dance songs.  They're on my KROQ playlist that I listen to at least once a week.  Later, after their performance of Take My Breath Away, Terri told the audience about the new Berlin album and the song she was about to perform.  It's called Transcendence.  She wrote it about the last days that she spent with her mother before her death, and how she looked at the end of her life as a great adventure that she was waiting to begin.  It's a beautiful song that was performed with home videos of Terri and her mother on the screen that truly touched my heart.  I'm looking forward to hearing the whole album.

Their set closed with Sex, an underappreciated classic from the early 80's that was many years ahead of it's time, and an awesome and unexpected cover of AC/DC's Highway To Hell. 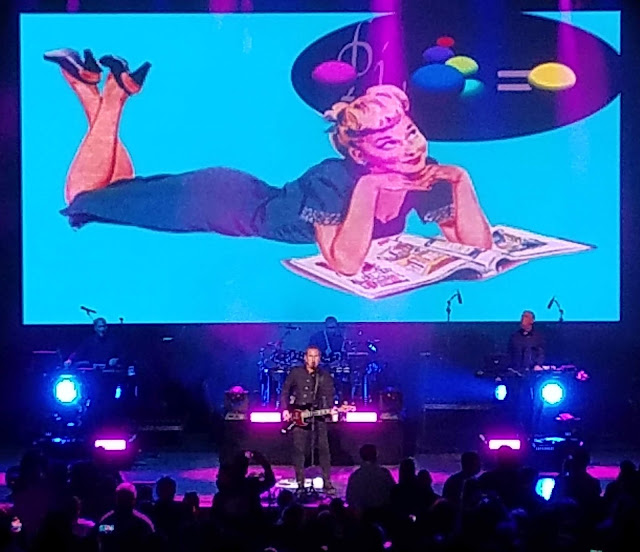 "Do not be afraid of middle-aged men from Liverpool.
We have come to kick your collective asses with synthesizers."
- Andy McCluskey

With this quote, one of my favorite new wave groups of all time began their part of the show.  I never thought I'd have the opportunity to see Orchestral Manoeuvres In The Dark, and I'm grateful that they've gone back on tour and that I've had the chance to see them.  This is my favorite of the three bands that performed tonight, and the one that I most hope I get to see again sometime.  They began with one of the greatest new wave songs ever recorded, Enola Gay.  It's not often that a song can make you dance and feel good while thinking about the tragedy of nuclear war, but such is the brilliance of OMD.

Enola Gay was immediately followed up by two of my other favorite OMD songs, Secret and Tesla Girls, the latter of which he teased the crowd with by saying he was about to do a song that they wrote for a movie.  Naturally, everyone was thinking Pretty In Pink, but Tesla Girls was on the Weird Science soundtrack.  However, they got to play If You Leave just a few songs later.  So much god damned beautiful synth; I loved every minute of it!  Their set ended with two of my favorites, So In Love and Dreaming, followed by Locomotion (not the song you're thinking of) and Electricity.  Perfect! 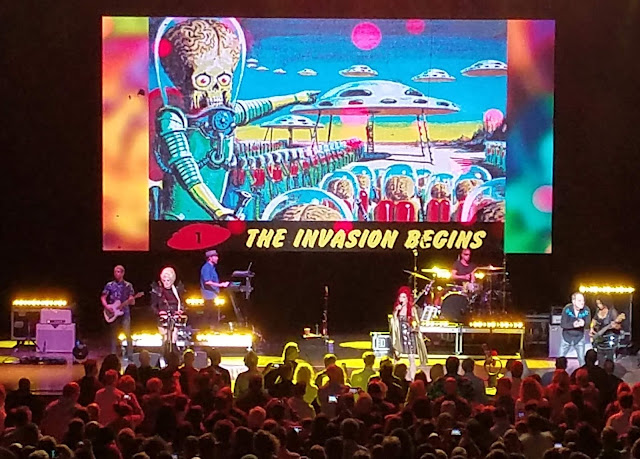 The B-52's are one of the most interesting and distinct bands in the history of rock and roll.  They have their own unique style that blends surf rock, sci-fi, new wave and the 50's and 60's for a sound that is unmistakably theirs, crafted out of sheer, unadulterated fun and madness.  You may understand it completely when you first hear it, but you will remember it, and it will work its way into your brain and light up all the happy feelings that we sometimes forget are there.  Once that happens, for as long as you live, when you hear someone say "You're what", that little happy part of your brain is going to cue up Cindy Wilson to sing "Tiiiiiin Roof.... Rusted".

Their set began with a video teaser that started with Legal Tender.  It gave me a sliver of hope that they'd be playing it tonight.  Sadly, they did not, but the show didn't suffer a bit.  Like Berlin and OMD before them, their set began with a smash - Private Idaho.  A few songs later, they performed another one of my favorite, crazy songs: Whammy Kiss, with Fred Schneider singing the echos of his own lyrics in the callbacks to Kate Pierson.

Fred disappeared for the next song, which gave Cindy and Kate front stage for Deadbeat Club and Juliet Of The Spirits.  After that, in a high, ethereal voice, they sang "I hear a wind..." and I jumped to my feet.  No one else around me did, and I got a few looks like I was nuts, but a few seconds later when they recognized the start of Roam, they were all joining me and bopping along to one of the most infectious pop songs of the 80's. 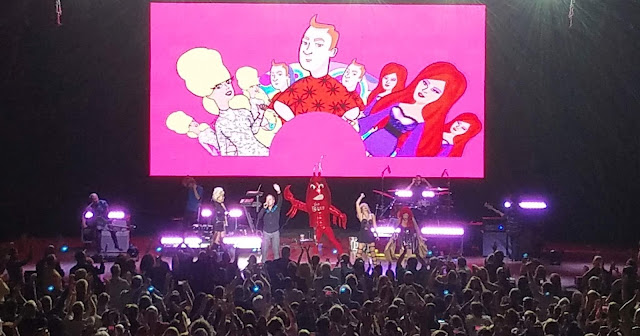 They closed the show with Love Shack and the place went absolutely bananas.  When they came back out, they had a two song encore with Planet Claire and Rock Lobster, the latter of which saw them joined on stage by Terri Nunn and a giant dancing lobster.  Pure, wonderful madness! 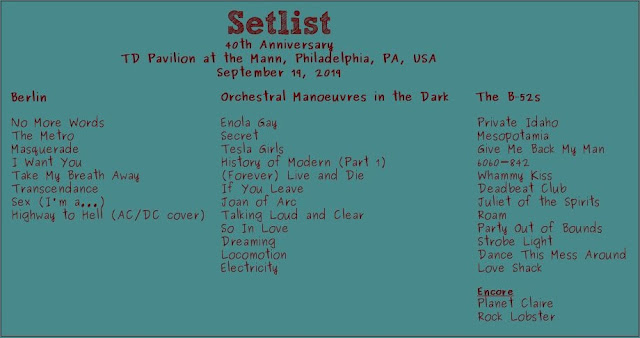