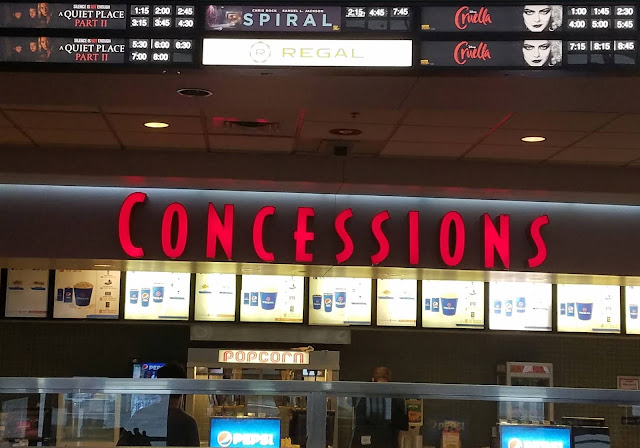 A Quiet Place: Part II and Cruella
Regal Cinema - Hazleton, PA
I can't overstate just how happy I am that the movie theater in my hometown has reopened.  They tried to open during the pandemic, and I got to see a lot of classic films that I never thought I would get to see on the big screen, including Rocky, The Empire Strikes Back, The Land Before Time and Hocus Pocus, but it didn't last too long before the theater chain closed down for the second time in 2020.  I was a little worried that the Regal chain might decide to shut down some of their small town theaters after all of the revenue lost to Covid-19, but so far, it looks like my little theater in Hazleton is safe. 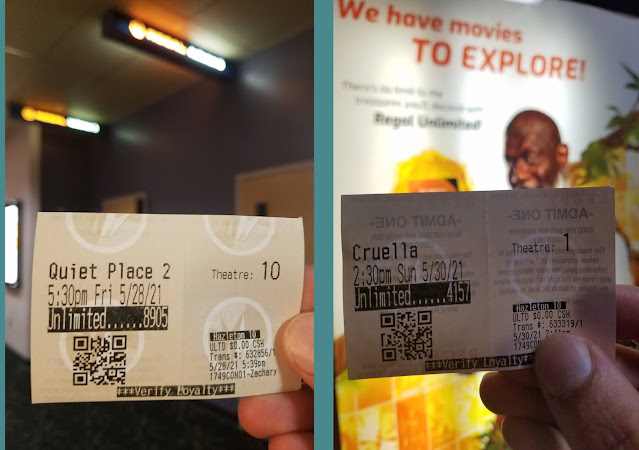 Memorial Day weekend kicked off for me on Friday with the sequel to an instant horror classic that has been delayed for over a year.  It continued on Sunday with a Disney movie that I didn't expect to like much, but absolutely fell in love with. 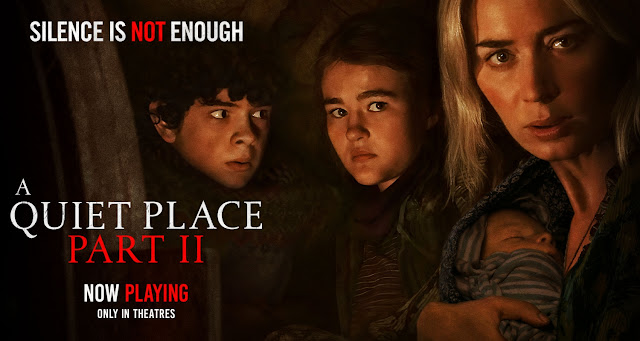 The sequel to A Quiet Place was supposed to hit theaters over a year ago.  There were even cross-promotional items in stores to promote the film; however the pandemic put the brakes on dozens of big budget films.
I loved the original film and thought it was one of the most original and brilliant horror movies of the past 50 years, and I'm very happy to say that the sequel lives up to the original.  Millicent Simmonds once again delivered a flawless performance, but has this time advanced from child in danger to the bad ass hero who's determined to save the world.  I don't want to spoil the movie, but I would be very surprised if this doesn't become a trilogy. 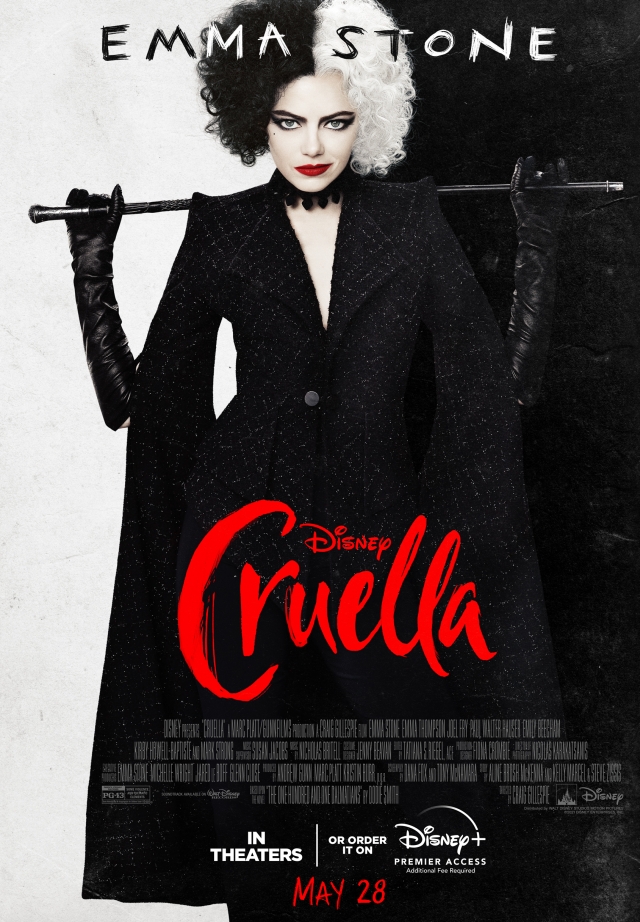 I went into Cruella expecting that I wasn't really going to like it much.  It's not like I hate Disney or anything, but I'm not a huge Disney fan either, and I have no special appreciation for 101 Dalmatians - the animated film or the 90's live action adaptation.  I'm also pretty skeptical in general of prequels and sequels that come decades after the original work, or live action adaptations of animated works.  However, I walked out of the theater absolutely blown away.  This is hands down my favorite Disney movie of all-time, and might be my favorite movie of the decade so far.  Emma Stone and Emma Thompson absolutely knock it out of the park, and this film's use of music is perfect.
Cruella is pure punk rock from start to finish.  It does for the Disney franchise what Joker did for the Batman universe.  Seriously, if any part of you is saying "naah, this doesn't seem like something I'd enjoy", I implore you to give it a shot anyway.  I think you'll be very pleasantly surprised. 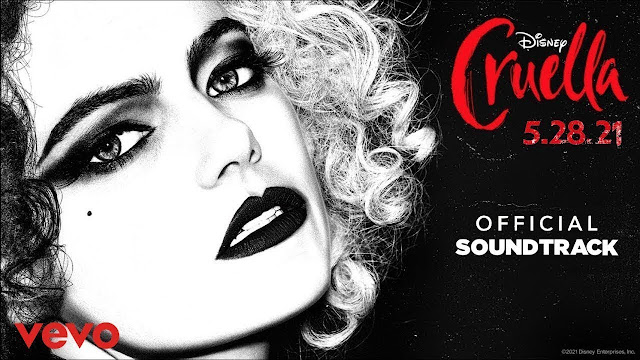 One of the things that made Cruella so amazing was the soundtrack and the score, both of which were phenomenal!  One of the climactic scenes of the movie involve a renegade fashion show in which John McCrea (who plays Artie) performs a freaking amazing cover of The Stooges 1969 hit I Wanna Be Your Dog.  If that scene doesn't get you amped up, check your pulse.
It's not just that song though.  The use of music throughout the film was absolutely perfect  I never thought I would see a Disney movie featuring music from Black Sabbath, The Doors, The Rolling Stones, Blondie, David Bowie and The Clash, and a scene in which one of the male leads covers Iggy Pop.  Unfortunately, not every song from the movie appears on the soundtrack album.  Check out the Cruella Soundtrack Guide by Jasmine Gallup on Screenrant for an excellent write-up about every song from the movie, but if you don't have time, here is a list to set up your playlist: