Dude, There's No Way I Can Possibly Do Infinity Push-ups 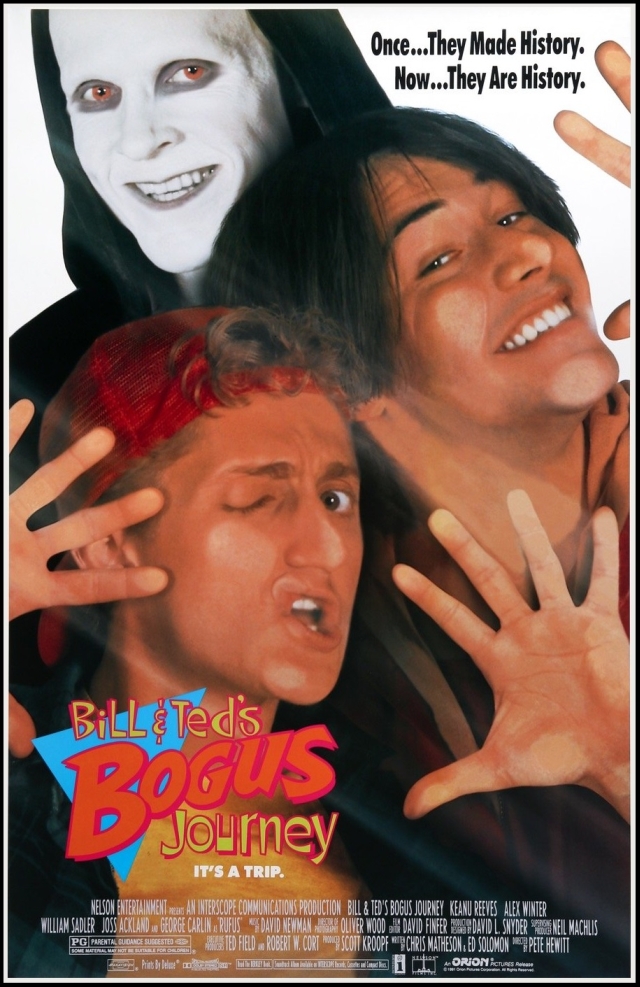 Bill & Ted's Bogus Journey
Orion Pictures (1991)
My grandfather took me to the theater to see both of the Bill & Ted movies when I was a kid.  The first one was no trouble - it was showing at the Church Hill Cinema on Rt. 309 in Hazleton, which was our local movie theater before it was turned into an all-you-can-eat Chinese buffet.
The sequel, which debuted in theaters 30 years ago today, was not as easy to track down. 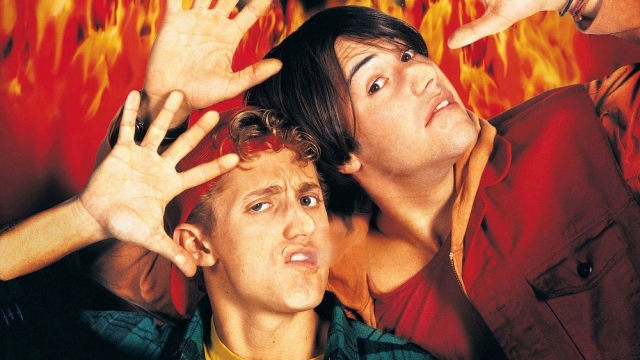 This is purely speculation on my part, but here's what I think happened.  When it was still in production, Bill & Ted's Bogus Journey was called "Bill & Ted Go To Hell".  This wasn't some obscure piece of movie trivia either - it was common knowledge at the time.  I remember my friends and I talking about it in school when I was in fifth grade in the spring before it was released.
My guess is that when the Church Hill Cinema got the list of movies to choose from, they took one look at "Go To Hell" in the title and decided that it wasn't family-friendly enough to order.  The late 80's and early 90's were a very different time.  It was a time when parents and teachers absolutely lost their minds at a t-shirt that showed Bart Simpson with a speech bubble that said "I'm Bart Simpson.  Who the hell are you?"  The name of the film was changed to Bogus Journey, but I'm thinking the theater had already placed their orders and planned out their summer schedule, so they told Bill & Ted to go to hell and passed on the film altogether, despite the name change. 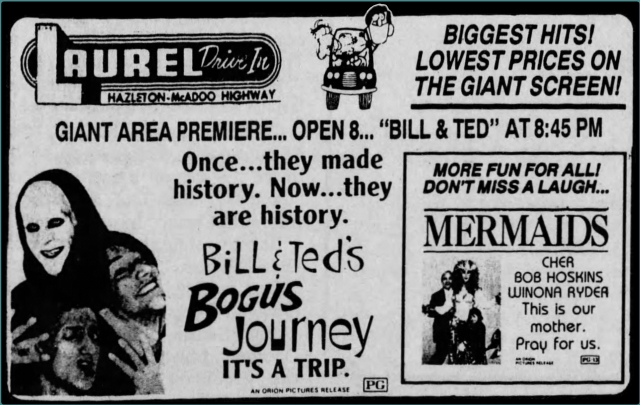 I don't remember if we saw it at the drive-in or if we went up to Wilkes-Barre to see it at the theater in the Wyoming Valley Mall.  What I do remember is that my grandfather loved the character of the Grim Reaper, played by William Sadler.  He especially loved the line "You might be a king or a street sweeper, but sooner or later you dance with the reaper" from the end of the movie.  We both really enjoyed the movie.  If I had to choose a favorite, I'd pick Excellent Adventure over Bogus Journey, but this movie is a hell of a lot of fun (no pun intended), so if you haven't seen it yet, you can enjoy it tonight for the first time on its 30th birthday.