We Believe In Kung Fu City 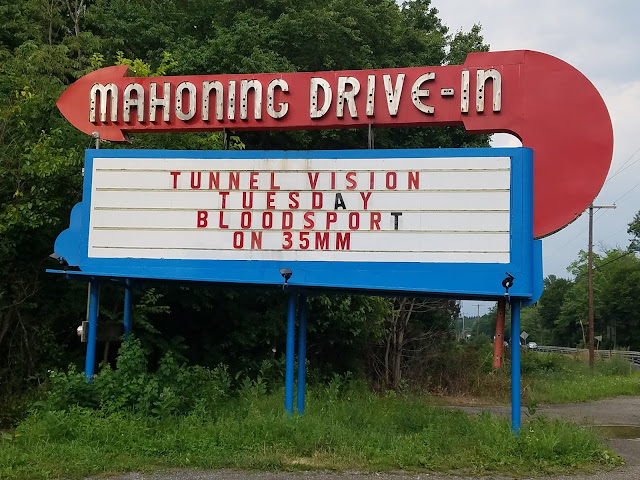 Bloodsport
Mahoning Drive-In - Lehighton, PA
Horror movies have a lot in common with the martial arts and kung fu genre.  There are a few masterpieces that stand apart.  Horror has The Texas Chainsaw Massacre and Halloween, while kung fu has Fist Of Fury and Enter The Dragon.  However, for every masterpiece that appeals to critics and the wider audience, there are a thousand others that are a hell of a lot of fun if you don't take yourself or the film too seriously.  If you go into the theater looking for a reason to pick them apart, you'll find plenty, but if you can embrace the genre for what it is, you're going to have a great time.
Bloodsport is one of the first martial arts films that I saw as a kid, and I was immediately in love with it.  The concept is pretty simple - fighters from around the world are invited to Hong Kong to participate in a tournament called the Kumite.  Jean-Claude Van Damme is an American soldier who was ordered by his commanding officer to not fight in the Kumite while on furlough, but he ignores the order and goes to Hong Kong anyway to honor the sensei who took him in as a child and taught him to fight.  It's not a complicated story by any means.  The dialogue has moments of pure cheesy goodness, and the music is a straight up dispenser of liquid nacho from a truck stop, but that's part of what makes movies like this so much fun. 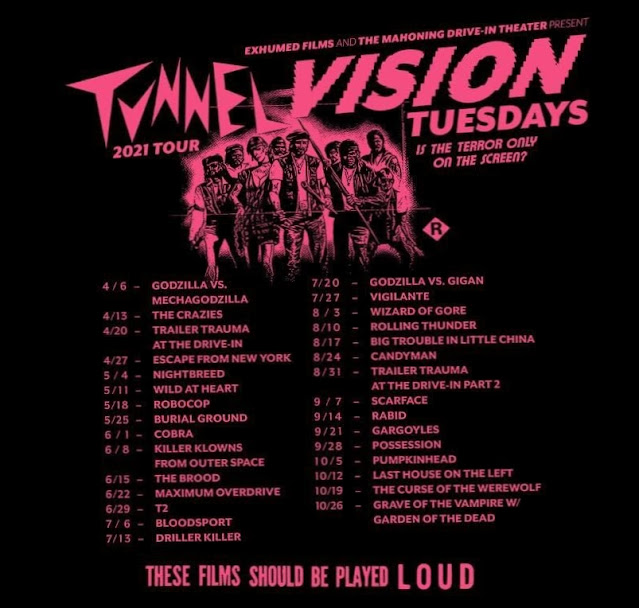 This was part of the Tunnel Vision Tuesday series brought to the Mahoning Drive-In by Exhumed Films out of Philadelphia.  Earlier this year, I got to see Killer Klowns From Outer Space and Terminator 2, and I'm kicking myself for missing out on The Crazies, Escape From New York and Maximum Overdrive.  But as you can see, there's a lot more awesome films to be seen throughout the summer and fall. 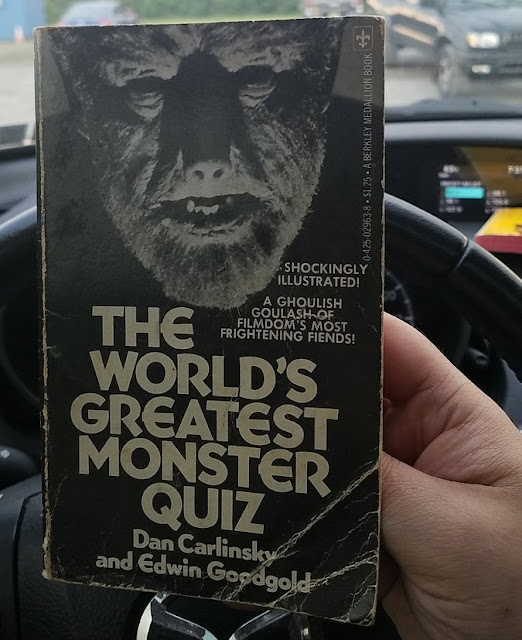 There was a table set up outside of the concession building with movies and old books.  That's where I found this golden piece of pre-show reading material.  I don't care how old I get, I will always love stuff like this! 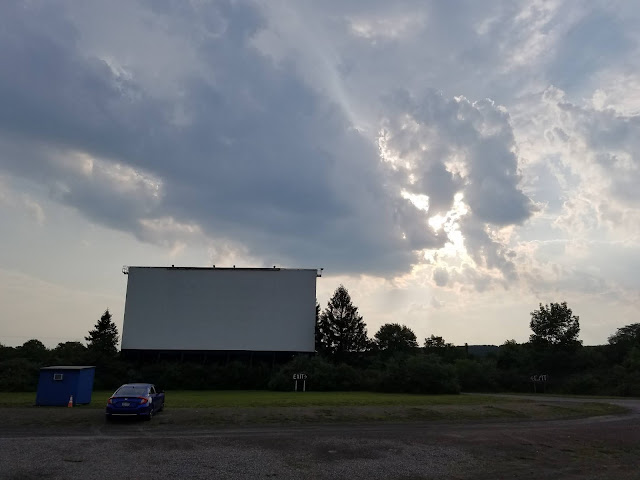 A thunderstorm rolled through before the show, but it cleared up well before sundown and the start of the vintage trailers that played before the film. 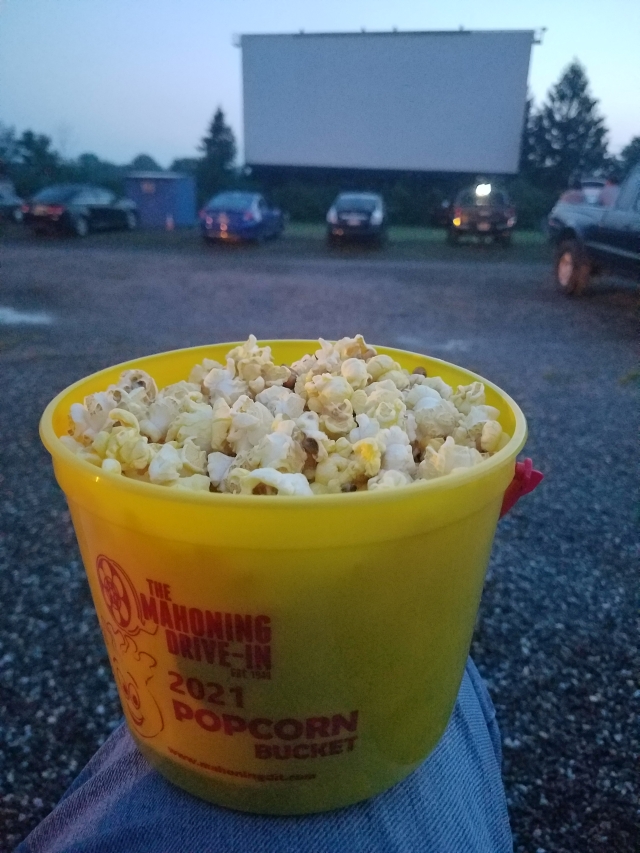 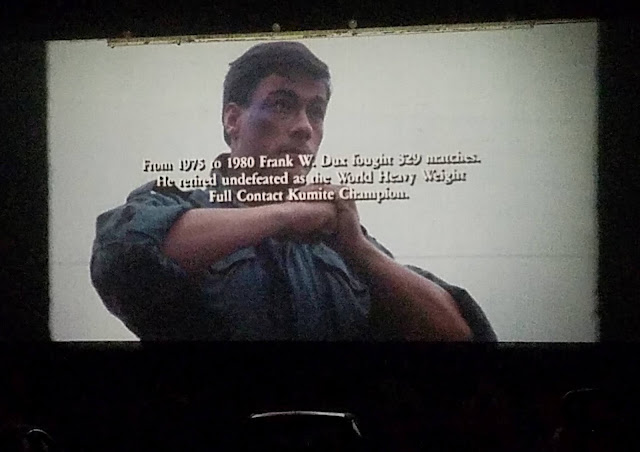 If you've been to my blog over the past month or two, you know the story by now.  I have absolutely fallen head over heels in love with the Mahoning Drive-In.  I won't keep gushing over the place like a schoolgirl every time I see a movie here, but seriously - if you love movies and you're within driving distance, you've got to come see a movie here at least once.  I guarantee you'll have a great time!