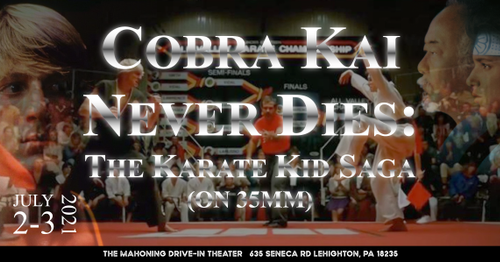 The Karate Kid: Part I, II and III
Mahoning Drive-In - Lehighton, PA
If I was given the opportunity to build my own version of heaven, here's what it would be: The Mahoning Drive-In with an Aladdin's Castle arcade across the street with new wave blasting from the radio, and a replica of the Blue Comet Diner (as it looked in the 80's) next door that has pizza, rice pudding, cheesesteaks and reuben sandwiches, with a tv hanging in the corner behind the counter that showed every Phillies game.  That's it - my own personal paradise.  You might have noticed that this dream world doesn't make any changes to the Drive-In.  That is because no changes are necessary.  It's perfect exactly the way that it is, and one of the reasons why is nights like tonight where they're showing a triple feature of all three Karate Kid movies on the original 35mm film.
This experience is especially meaningful for me, and it's all because of The Karate Kid: Part II.  Don't get me wrong - I love the first Karate Kid movie, and the third one... well... it's not my favorite, but it's ok.  However, the second movie in the series is a very special childhood memory.  It was August 1986, and my dad brought me to the Laurel Drive-In on Route 309 to see The Karate Kid: Part II.  It was the first movie I ever watched at a drive-in and my earliest memory of seeing a movie on the big screen at any theater. 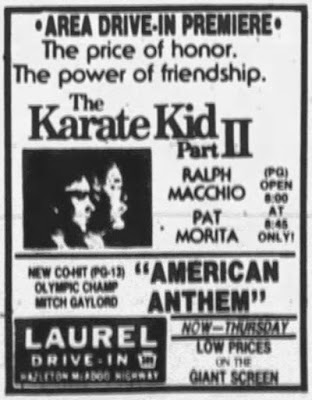 We didn't stay for the second picture that night in 1986, which was apparently called American Anthem according to the ad from that year's August 1st issue of the Standard Speaker.  I've never even heard of it, but it's about an ex-football player who becomes a gymnast and tries to qualify for the Olympics.  It received aggressively negative reviews, including one from Siskel and Ebert, who called it "complete junk" and "as bad as any movie I've seen this year".  Honestly, the premise doesn't sound interesting to me in the slightest, but the reviews are so terrible that I almost want to watch it just to see how bad it really is.  But that's for another night.  Tonight is all about The Karate Kid. 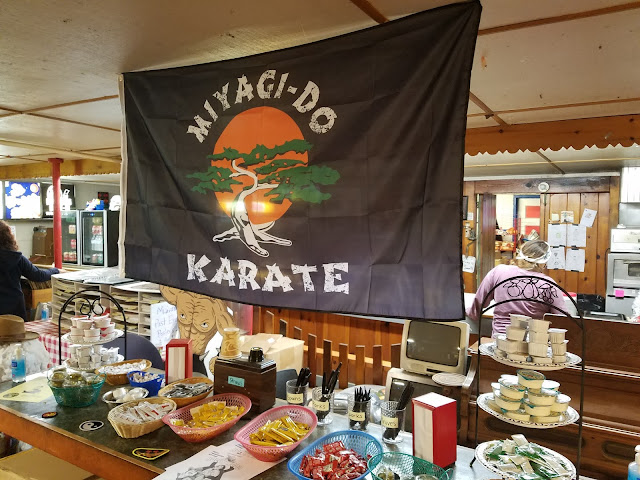 As usual, the staff at the Mahoning really go out of their way to make their events something special.  The concession building was filled with movie posters, flags from the Miyagi-Do and Cobra Kai dojo, and flyers that are seen in the movies.  Seriously, I've been to a lot of cool things in my life, but there's something about this drive-in theater and the people who work here that make this place truly special. 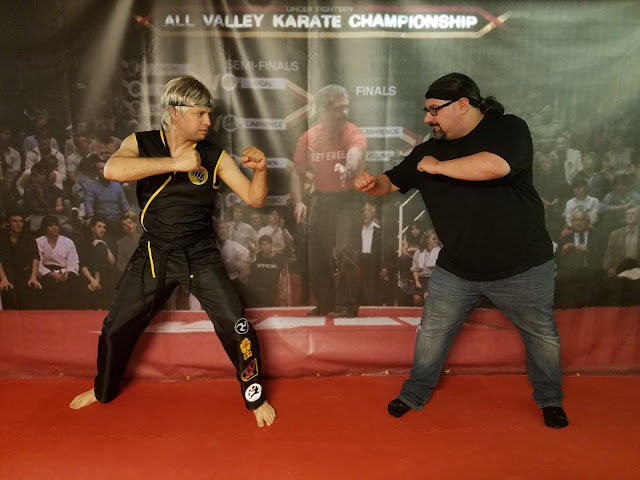 If that isn't cool enough, they had a photo op set up with one of the dudes from the drive-in dressed up like Johnny Lawrence.  I mean it; I can't think of any other place that puts in this much effort to making their experience fun, and welcoming, and accessible to everyone. 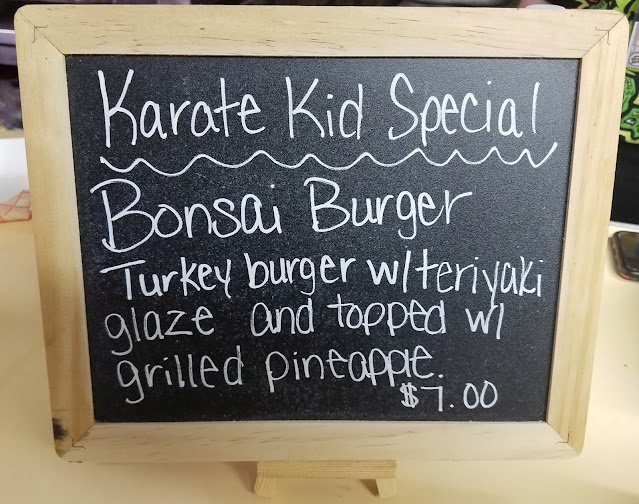 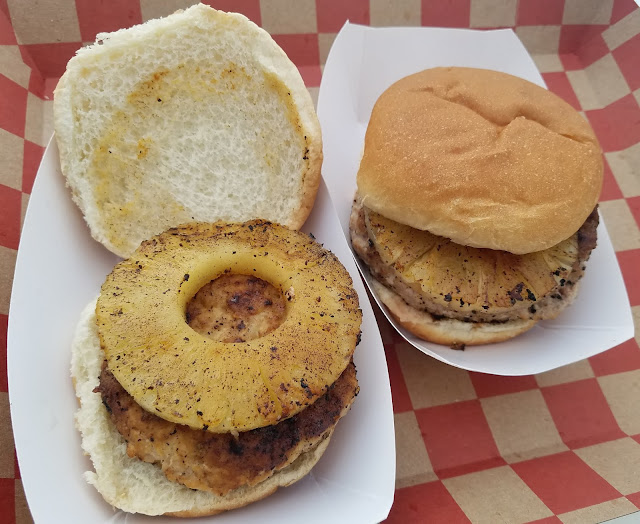 The special dinner of the day was the Bonsai Burger, which is a thick turkey burger marinated in a teriyaki glaze and topped with a grilled pineapple.  As usual, it was delicious! 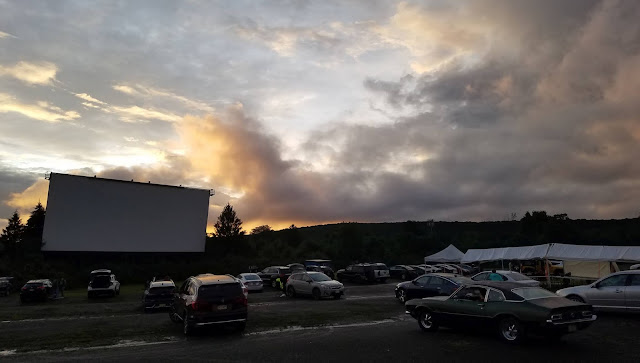 And last, but certainly not least, there was the movies themselves.  It rained off and on last night, which was a little challenging since we brought the dog with us, but he was a very good boy.  He was snuggled up on my lap throughout the first movie and napping in the back seat on a pile of pillows for the rest of the night.  We'll be back tomorrow for The Neverending Story, but I think Little Harvey will stay home for that one.