When You Get To The Lot, Tell Them Boris Sent You 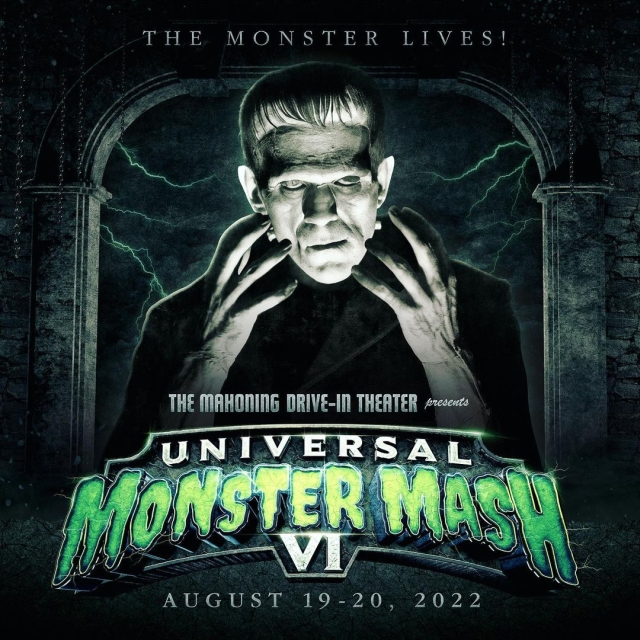 Universal Monster Mash VI
Mahoning Drive-In Theater - Lehighton, PA
The Universal Monster Mash was one of my favorite events at the Mahoning last season.  We definitely would have gone to both nights of this year's event, as well as Little Shop Of Horrors on Sunday.  However, we already had concert tickets for this weekend before the dates for Monster Mash IV were announced, so we were only able to make it out to the Mahoning on Friday. 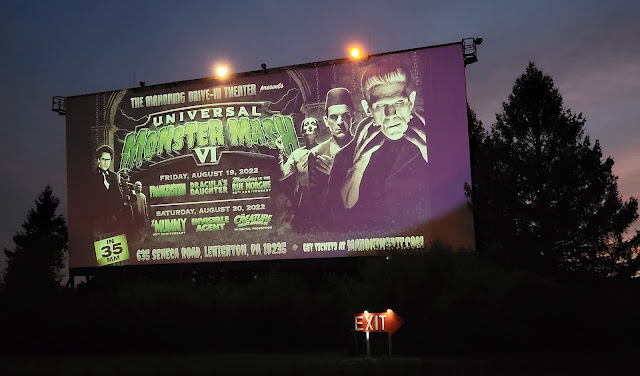 There's a full lineup of classic films for this weekend.  Last night was a triple feature of Frankenstein, Dracula's Daughter and Murders In The Rue Morgue, and tonight's lineup includes The Mummy, Invisible Agent and The Creature Walks Among Us. 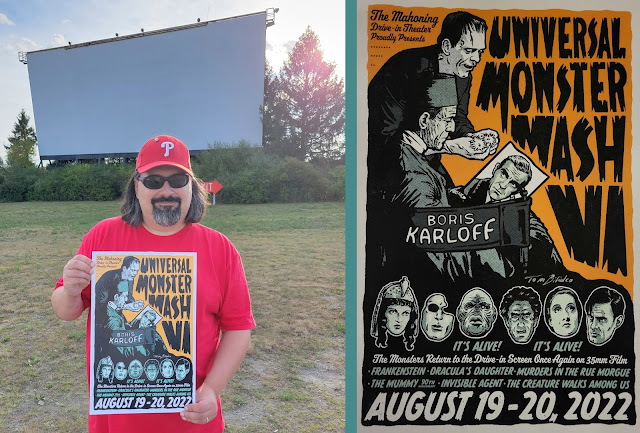 The poster for this event was designed by artist Tom Bifulco, who has been absolutely knocking it out of the park this season.  He was on the lot last night signing posters for the folks in attendance who bought one.  I'm not sure if they held back any extra prints for tonight's show, but I believe the ones that were at the merch table last night sold out over an hour before the first feature. 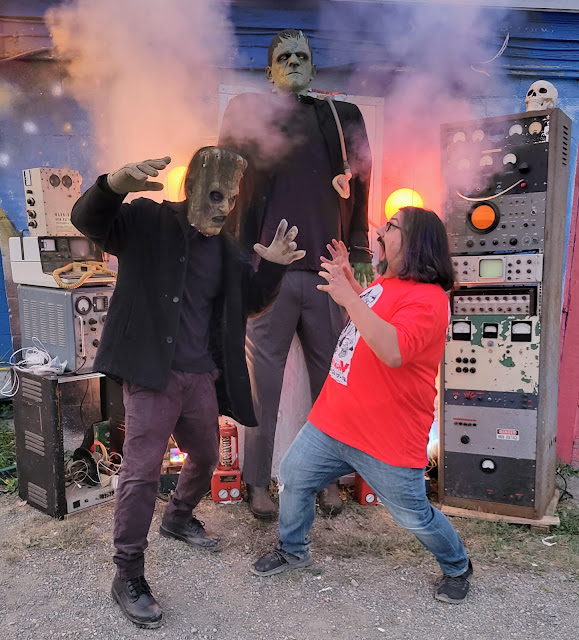 There were two photo ops set up near the entrance to the concessions building.  Unfortunately, I didn't get a picture of the incredible Creature Walks Among Us beach scene, but I did get one with this awesome laboratory setup, complete with a monster to terrorize anyone who walked by. 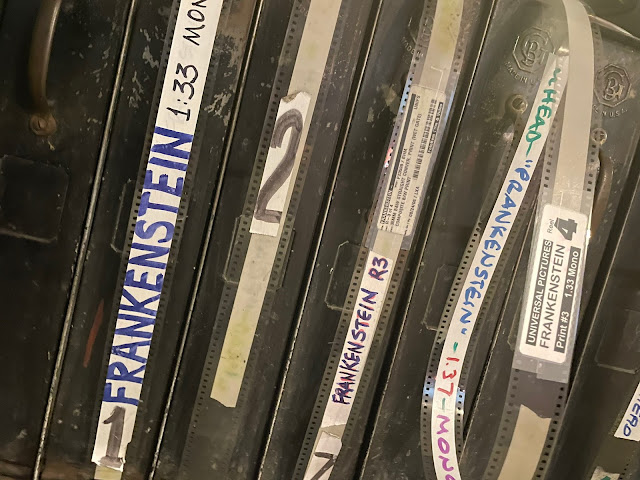 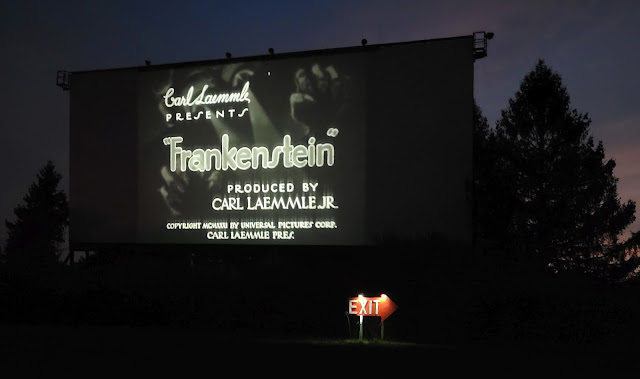 It's getting dark earlier as we get into the second half of August, so the screening of the trailer reel got started at around 8:30, which led into one of the most iconic films in the history of motion pictures, the 1931 classic Frankenstein.  It still blows my mind that what we're seeing on the big screen is over 90 years old.  I can only imagine how massive the party on the lot is going to be when these horror classics reach their 100th birthday.
Due to unforeseen circumstances, we had to head out after the first feature last night, but we'll be back soon for our second Patreon screening.  Incidentally, if you're a fan of the Mahoning Drive-In Theater and you aren't already signed up for the Patreon, I strongly recommend it.  I've got a healthy case of subscription fatigue, so I was a bit hesitant to sign up, but I wish I had taken the plunge earlier because it is absolutely worth it.