You're Never Gonna Get Closure... It Doesn't Exist 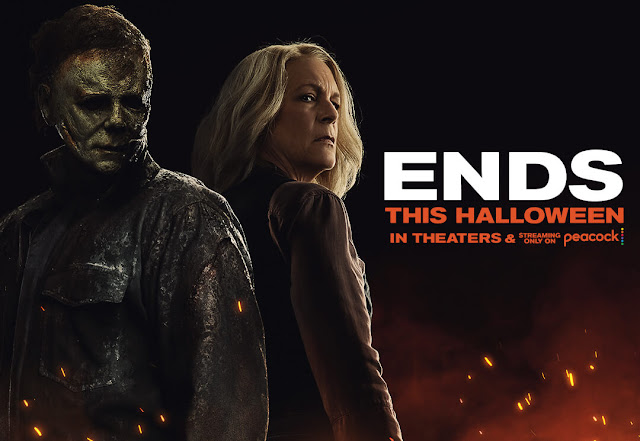 Halloween Ends
Regal Cinema - Hazleton, PA
The Blumhouse Halloween timeline has officially come to an end with the release of the final chapter in this four-part saga, Halloween Ends.
I can only imagine how confusing the Halloween franchise must be to the average moviegoer who doesn't spend their free time researching the history of horror movies.  If you are one of those people, I'll try to summarize the backstory of the new movie as best I can.

The Blumhouse timeline is based off of the first Halloween movie from 1978, and it picks up the story as if none of the nine Halloween movies that were released between 1981 - 2009 ever existed.  Therefore, in this universe, the following things are true in the storyline that concludes with Halloween Ends:
I wrote a more thorough description of each of the four separate Halloween timelines last year prior to the release of Halloween Kills.  Click here to read it, but be forewarned that this will probably be confusing as hell if this is all new to you.
Now that the backstory is out of the way... 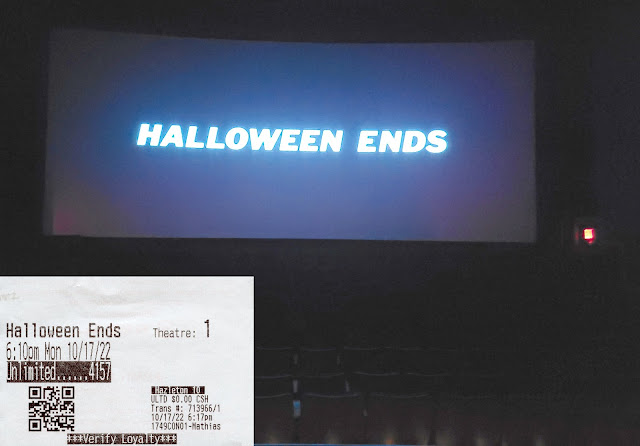 Most of the reviews I've read about Halloween Ends has been pretty negative, but I'm going to have to disagree with that sentiment, especially when you compare it to the final chapter in the other three timelines.  It's a much better movie than The Curse Of Michael Myers (original timeline), Resurrection (H20 timeline), or Rob Zombie's Halloween II (Rob Zombie timeline), all three of which were an absolute train wreck.
It's difficult to say too much about Halloween Ends without spoiling the movie, but it's consistent with the previous two films and a fitting conclusion to the story that has been told in the Blumhouse timeline.  I will say that I found myself sympathizing with the killer a lot more than I thought I would.  That's not to say that I think he's the hero of the story, but I understand where he's coming from.  Having said all of that, I really hope that this is the last Halloween movie.  Enough is enough already.  I don't care to see any other writer or director's creative interpretation of the Michael Myers character, and I'd like to see all of that talent and money that would go into yet another timeline branch to go into a brand new film that's good enough to inspire decades worth of sequels.
Halloween Ends is in theaters now and available to stream on Peacock.  Do yourself a favor - it you have a movie theater nearby and some extra spending money, go to see it at a theater.  I don't care how big your tv is or how comfy you have the living room set up; nothing can match the experience of seeing a movie on the big screen at a theater.