The Art Of The Requel 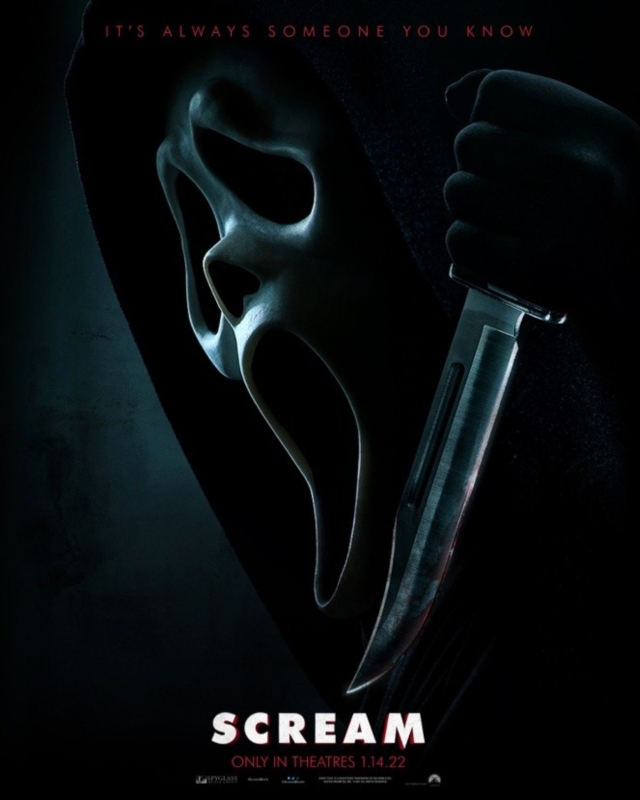 Last Saturday, we went to see the new Scream movie.  Every time I refer to it, I feel compelled to add something to clarify which movie I'm talking about.  They couldn't just call this new one Scream 5 or something that distinguishes it from the original movie.  Instead, they just called it Scream.  At a glance, someone might think the new Scream is a remake of the original, but it's not.  It's a sequel... or as it was discussed in the movie itself, it's a requel.

Hybrid words are a pet peeve of mine.  It drives me crazy when I hear words like "ginormous" or "guestimate" because there's no reason to say it other than to try to sound cute.  They're not words; they're combinations of two words that mean exactly the same thing.  I accept that it's irrational to allow something this silly to get on my nerves, but it does.
That's not what's going on requel.  This is a hybrid that we needed because it describes a type of movie that didn't neatly fit into any other classification.  These are movies that acknowledge the story told in the franchise that came before it, and sometimes continue those stories to a degree, but their true purpose is to introduce a spinoff that exists in the same universe as the source material.  Sometimes its a warm transfer with existing characters passing the torch to the next generation, and sometimes its a hard reset that has only passing references to the source material, but in either case, they're meant to repackage an old universe for a new generation without alienating the audience whose interest made that universe worth keeping alive.  It can be a bit of a balancing act.  When they're poorly done, they can come across as a desperate cash grab, but when they're done well, they can really be something special.
The first instance I could find of the word "requel" is from a 2007 entry in the Urban Dictionary, but its usage has only recently picked up steam, and its beginning to spawn debate over what films from the past could classified as a requel, and to identify what might be the very first requel to hit theaters.  With that in mind, here is my take. 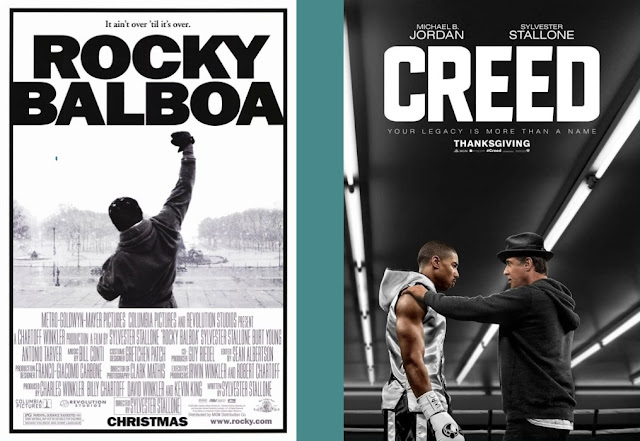 Although many requels have come out many years after the source material, I don't think that time should be too much of a factor.  For example, the second Trainspotting movie was released 21 years after the first, but nothing is being rebooted.  It is a pure sequel in that it continues the story that was told in the original.  I would argue that the same is true for the 2006 film Rocky Balboa.  While it's true that was released 16 years after Rocky V and it doesn't continue numbering itself like the previous movies in the series, the movie is just the next chapter in the life of Rocky as an older man.  There is no paradigm shift or foundation from which to build a new story.  It's the final chapter in the book of the original Rocky series.  However, I would argue that the next movie in the Rocky franchise, the 2015 blockbuster hit Creed, is a requel.  It is built on the foundation of all of the Rocky movies that came before it, and its story acknowledges everything that happened in the previous films as having happened in the past in the Creed universe, but it is the first chapter in a new book. 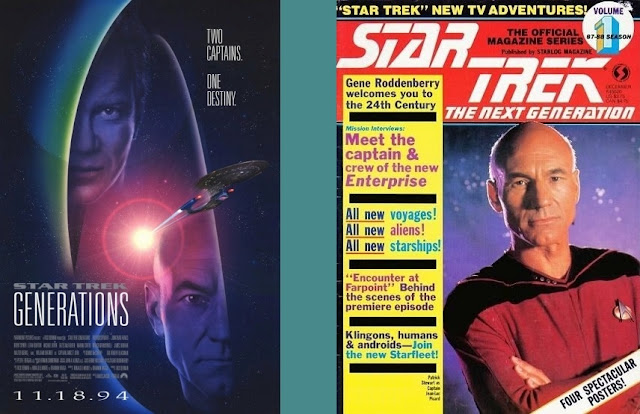 Another good example of this is Star Trek: Generations, which almost literally serves as the theatrical equivalent of Captain Kirk passing the torch to Captain Picard.  I would go a step further and say that the entire Star Trek: The Next Generation television series is a requel of the original Star Trek television series that ran from 1966 - 1969.  It was built in a world that has a past which contains everything that has happened in the previous Star Trek series and films, but it's primary function isn't a continuation of those stories - it's the start of something new. 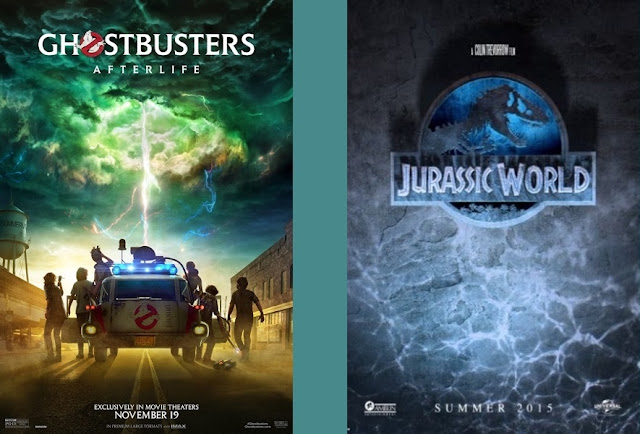 Other examples of requels include Ghostbusters: Afterlife, Jurassic World, Mad Max: Fury Road, Jumanji: Welcome To The Jungle, Spiral, and even Star Wars: The Force Awakens.  However, in my opinion, this term is being misapplied to movies that don't fit the definition.  For example, the recent Halloween movies that make up the Blumhouse Timeline don't feel like a requel to me.  While it disregards all of the movies in the Halloween series that came after the first one, it is a direct sequel to that original 1978 film.  There is no fundamental changes or passing of the torch that takes place.  Michael Myers and Laurie Strode aren't background characters who are passing the football to another villain or hero to take the franchise into the future.  They're the main characters, and many of the other heavily featured characters, like Tommy, are just older versions of the characters that appeared in the original film.  Their presence in this new trilogy is an extension of their story from the original.  If anything, I think that it might be more accurate to call the 2018 Halloween a rewrite of Halloween II, and Halloween Kills a rewrite of Halloween III.  Maybe I'm splitting hairs with this one, but that's how I see it today.  I'm open to changing my opinion. 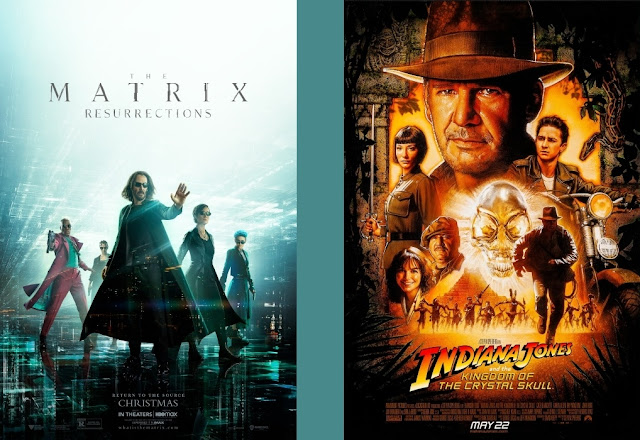 The movies I'm less likely to change my opinion on are the long gap sequels - movies in a franchise that have come out many years, or in some cases decades after the original.  For example, I don't think that The Matrix Resurrection is a requel because it's not the foundation of a new story arc in an existing universe.  It's just a poor and lazy sequel.  I wouldn't call Indiana Jones & The Kingdom Of The Crystal Skull a requel for the same reason.  It teases a passing of the torch to Mutt, but it doesn't follow through.  By the time the credits roll, it's clear that this is just another chapter out of Indy's story, and Mutt isn't much more than this film's equivalent of Short Round.  My last example of a long gap sequel that doesn't fit into the mold of a requel is Return To Oz.  It may have been released almost 50 years after the original and feature different performers in the starring roles, but the story is another chapter of Dorothy Gale's adventures in the Land of Oz. 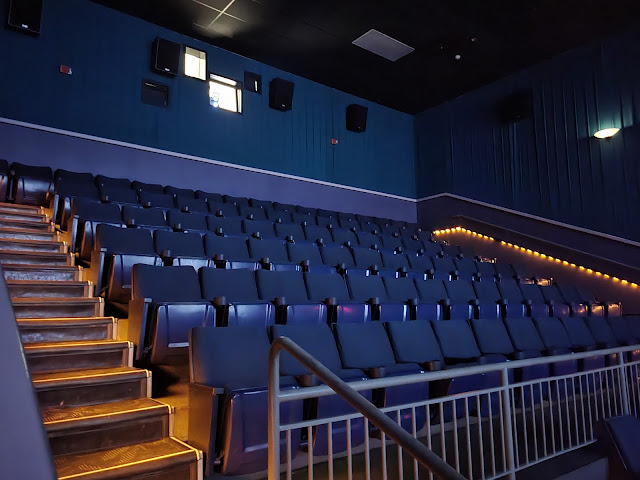 I'm sure that there will be plenty of films to come out over the next few years that will inspire moviegoers to debate over whether it's a sequel, a prequel, a requel, a reboot, a remake, or some other classification that hasn't been invented yet.  With any luck, some new and original concepts will sneak into theaters too, and they will become the source material to new franchises that will give future generations an excuse to carry on the debate as requels are made out of them.